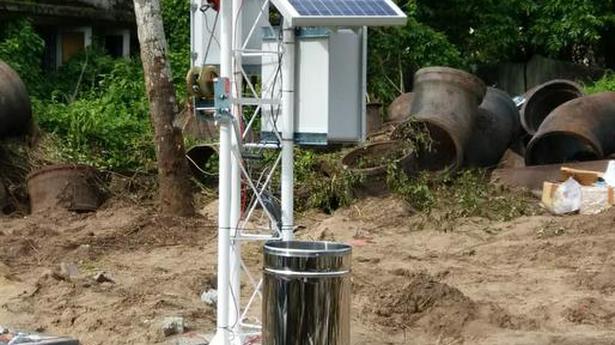 The AWSs — one each for 13 districts and two for Thrissur — are the first of 85 planned in the State by year end. They would supply atmospheric data such as rainfall volume, wind speed and direction, temperature, and humidity on a real-time basis, the KSDMA said on Wednesday.

In the aftermath of the 2018 floods, the State government had in October 2018 urged the Union Home Ministry to establish 186 AWSs in the State to improve weather prediction. The IMD had agreed to deploy 100. However, work was delayed and the State government had drawn attention to the matter in May this year. Following this, the IMD launched work on a war-footing. The KSDMA supplied the IMD with information on potential locations for establishing 27 of the 100 AWS. Initially, KSDMA had identified 73 sites.

The Director General, IMD, informed the State government that the remaining 85 would be established by year end.