4 NPP MLAs flown out of Imphal 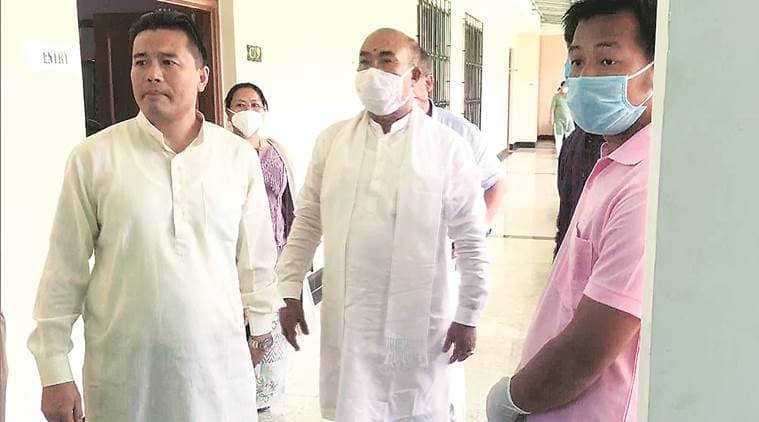 
The NPP withdrew its support to the Biren Singh government on the same day that three BJP MLAs resigned and joined the Congress.

The political turmoil continued in Manipur with the four NPP MLAs — who had withdrawn support to the N Biren Singh-led government on June 17 — being flown out of Imphal on Tuesday. While Congress sources in Manipur said that the NPP MLAs were taken to Assam for “safekeeping”, BJP sources said they were confident of salvaging their government without sacrificing the present Chief Minister.

The central leadership of the BJP maintained that the matter of their government in Manipur would be sorted by Wednesday. BJP leader and Assam minister Himanta Biswa Sarma has been visiting Imphal every day as a troubleshooter for the BJP and has been in talks with all allies.

“The four NPP MLAs have been taken to Guwahati today. They are, like many other people in Manipur, completely disgruntled with the CM. Their demand is that they will not support a government with the present CM. If the BJP decides to change the chief minister, then it is a different matter,” said a Congress source.

A Congress insider added that there have been rumblings among the BJP’s allies. He said the Congress was in talks with the four MLAs of Naga People’s Front, Nagaland’s ruling party and a BJP ally. “The NPF MLAs told us that they are not consulted on any decision and therefore feel left out of the government,” a Congress source said.