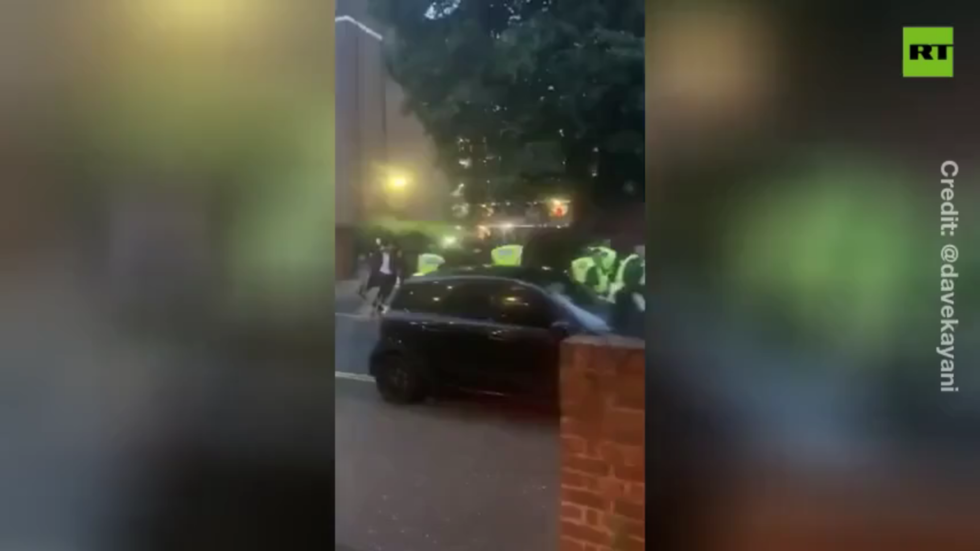 Riot police were showered with bottles, bricks and other projectiles while trying to break up an illegal rave in west London on Friday night. At least seven officers were injured during the hostilities.

The police were called to the scene in White City following reports of a number of people gathered at an unlicensed music event in Havelock Close.

Eyewitness footage shared on social media shows a group of young men pelting cops with a range of objects including glass bottles, bricks and beer cans.

The onslaught was so intense that the cops were seen being chased down the street. The Metropolitan Police said that the officers “retreated in order to regroup.”

A short time later, riot police descended on the scene and again they were met with hostility and violence. A dispersal zone was authorized in the area, giving the police stop-and-search powers.

Police officials said that all the attendees of the unauthorized event had dispersed by around 1:15am. Deputy Assistant Commissioner Laurence Taylor said the gathering was illegal and posed a risk to public health.

“The violence shown towards officers this evening was totally unacceptable and we will not tolerate it in any form. Officers encountered bricks and other missiles being thrown at them,” Taylor said.

“Our robust police response demonstrated that we will police incidents like these firmly and stop those intent on causing harm or disruption to our communities.”

Friday night’s violence is the latest in a string of clashes between police and revelers at ‘street parties’ in London which have left over 150 police with injuries. Last week, Prime Minister Boris Johnson’s spokesman branded the situation as “appalling,” and added that such “violence against the police will not be tolerated.”