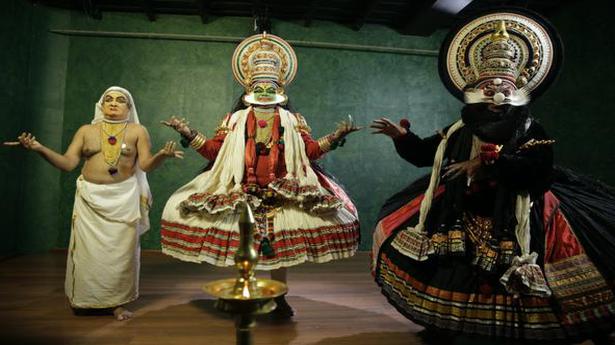 The stage is set for a battle royale between COVID-19 and humanity. As demon Coronavirus stomps around the world, conquering and consuming lives, man watches in despair and fear. Finally a rakshakan (protector) appears on the scene and advises mankind on how to defeat the fearsome demon in the shape of a virus. By following his advice and by wearing masks, using sanitisers and staying at home behind locked doors, they manage to escape the marauding demon. Finally, when man steps out, the virus has been erased and mankind is set free.

Narrated in the Kathakali format, the play ‘Jagratha’, an innovative piece in the traditional art form of Kerala, was composed and enacted by artistes of Margi, a cultural organisation and training centre of traditional art forms in Thiruvananthapuram.

Margi Vijayan (right) and Margi Balasubrahmanyan in a scene from Jagratha, conceptualised and choreographed by Margi Vijayakumar, Principal of Margi in Thiruvananthapuram
| Photo Credit:
special arrangement

Although Kathakali has many memorable battle scenes in its repertoire, veteran Kathakali artiste Margi Vijayakumar was taken aback when he was requested to come up with a Kathakali play on COVID-19, a short one that depicted precautions and measures to stop its spread. But he did conceptualise, write and choreograph the five-minute play, which depicts the coronavirus as a demon on the rampage.

Vijayakumar, Principal of Margi, recalls the efforts that went into the creation of the play and the recording. “I am not a writer or poet. So when S Srinivasan, secretary of Margi, wanted me to conceptualise a social awareness message in the medium of Kathakali, I was a little hesitant,” says Vijayakumar. Margi Vijayan and Margi Suresh in a scene from Jagratha, conceptualised and choreographed by Margi Vijayakumar, Principal of Margi in Thiruvananthapuram
| Photo Credit:
special arrangement

Nevertheless, he wrote a few verses and sent it to be polished to linguist and Kathakali connoisseur Prabodhachandran Nayar. Once the scholar finished the work, Vijayakumar refined it once more and got down to work on its performance.

“This verse had to be enacted in the visual language of Kathakali and so I had to make sure that the words could be translated into the performance idiom of Kathakali. For instance, I had to use my imagination to find a word for ‘lockdown’ as there is no mudra (hand gesture) to depict that. Instead of using that particular word, I came up with lines that suggested people locking up themselves in their houses and staying behind closed doors and windows,” explains Vijayakumar.

Three characters narrate the theme. Vijayakumar visualised the virus in the character of Kali, one of the characters in the story of Nalacharitham, a play in Kathakali excerpted from the Mahabharatha. Dressed in black, Kali is an evil spirit that poisons Nala’s mind and creates all kinds of problems in his life. 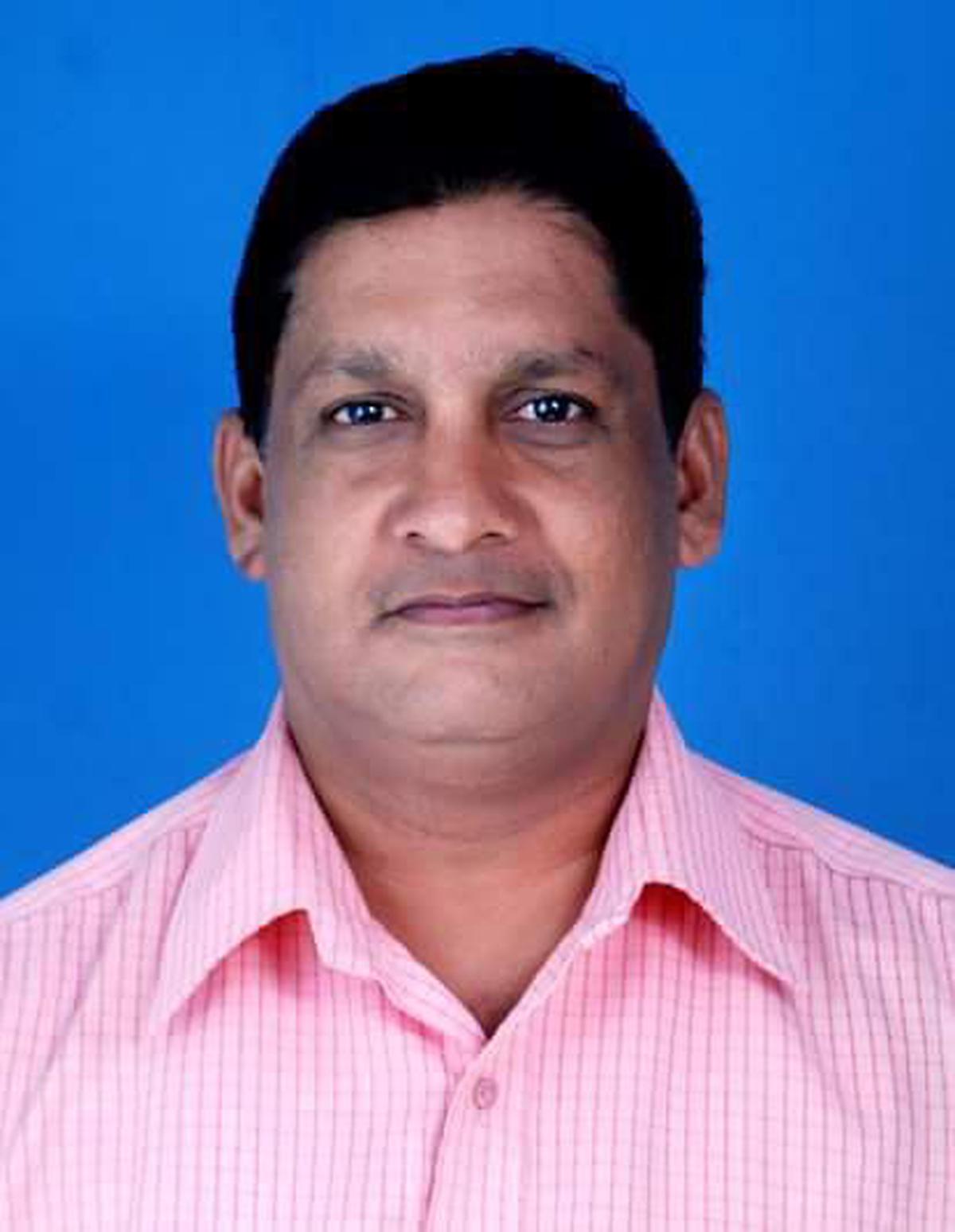 “I imagined the virus as Kali while one of the characters represents mankind. The other character comes as the Rakshakan. In this present scenario, the protector could symbolise health workers, government machinery, administration and so on,” says Vijayakumar.

Composed in ragas Punnagavarali and Vaghdeshswari, the songs have been rendered by Kalanilayam Vishnu while the melam has been led by Margi Krishnadas and Margi Ratnakaran.

“We had several rehearsals and dress rehearsals at Margi’s performance space before recording it. I was satisfied when many appreciated the piece, especially because it showcased how even a traditional art form that has a strict syntax can be imaginatively adapted to narrate a contemporary theme,” says Vijayakumar.

The recording was done at Invis Studio in Thiruvananthpauram.

Srinivasan, who set the ball rolling for such an initiative also says that he is happy that Margi was able to come up with such a theme within a short time.