A peek into the world of rasas 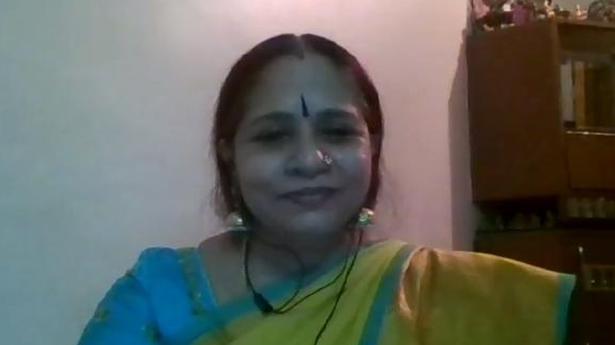 Dr. Lakshmi Ramaswamy, well-known Bharatanatyam dancer, choreographer and teacher conducted a week-long online rasa theory workshop — “Rasa in ancient texts.” The workshop was designed for students, who were not acquainted with the aesthetic theory or the jargons. Concepts of rasa embedded in various texts were woven together with the focus on Natyasastra, Tolkappiyam and Kuthanool. “Indian aesthetic theory is largely in Sanskrit and some in Tamil. A knowledge of both would go a long way in understanding the theoretical framework of aesthetics,” said Lakshmi Ramaswamy.

Enthusiastic students from different parts of the world — the U.K., Norway, Singapore, Mauritius and India participated irrespective of their time zones. Students were given small assignments to whet their appetite and prepare them for the subsequent classes.

“What does Rasa mean to you?” — this poser set the tone for the first session. A narrative was built upon the origin and etymology of the word ‘rasa’. Fascinating interdisciplinary ideas from psychology, philosophy, medicinal chemistry and most importantly, cookery was used to drive home the idea of rasa.

Lakshmi’s proficiency in the Tamil language and her doctoral studies of the Kuthanool helped in making critical comparisons in the understanding of rasa in the different textual traditions of Sanskrit and Tamil. But most participants felt that real-life instances and examples from Indian cinema made them relate to the concept better.

The workshop also saw participants engaged in animated discussion, with Lakshmi Ramaswamy as the moderator, about the validity of some concepts, importance of music in elevating the rasa, the real and the unreal.

The concluding day saw detailed exposition of Sringara Rasa and the students were taken on a journey into the Queen of Rasas. The discussion then veered towards gastronomy, a field where rasas are deployed with great effect.

The workshop offered the experience of a conventional offline event. The participants were kept to a comfortable number, which provided intimacy. Organised by the Sri Mudhraalaya team, the virtual workshop was followed up with relevant notes, references and suggested readings. All the participants were awarded e-certificates.

On the request of the participants, another workshop was conduct from June 8-12.

(Mahalakshmi Prabhakar is a senior disciple of Lavanya Sankar, currently in the U.K., she loves to work on her repertoire and studying dance history, theory and Natyasastra.)