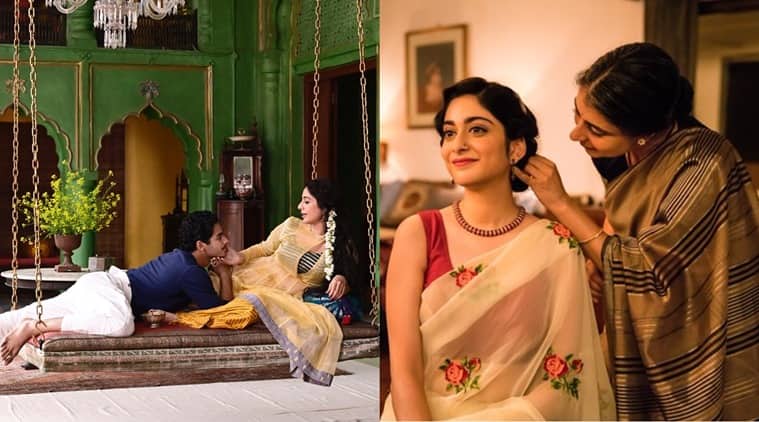 
BBC’s A Suitable Boy is based on Vikram Seth’s novel of the same name. (Photos: BBC)

The trailer for BBC’s much-awaited TV adaptation of Vikram Seth’s novel A Suitable Boy has been released. Directed by Mira Nair, the miniseries stars Ishaan Khatter, Tabu, Tanya Maniktala, Rasika Dugal and Ram Kapoor among others.

The story is set in newly independent India and follows four families. The title refers to a character called Mrs Rupa Mehra looking for a ‘suitable boy’ for her daughter Lata. Lata’s arranged marriage is the main event of the book.

Watch the trailer of Mira Nair’s A Suitable Boy here:

Vikram Seth’s huge 1993 book (more than 1300 pages of text; the novel is one of the largest ever written in English) told an intertwined story and touched upon themes like the war between modernity and traditions, family values, familial oppression, generational conflict, prejudice based on religion, among more. It was also an epic, intricately woven story with a giant cast of characters that realistically captured the essence of the fraught times of the country

The trailer raises the familiar (to those who know the original story) thematic beats from the book. The production value is magnificent, and this includes the cinematography, alternating between warm and cool tones. There are stunning shots of ghats. There does not appear to be any attempt at overly exoticising the setting and people for foreign audiences, which is always a plus in my opinion.

My only issue is the language. Indians living in Hindi heartland speaking perfect English just does not seem natural to me, though I am perfectly aware the novel was in English. But actually seeing the characters come alive and arguing in English strikes a false note. I imagine this could not have been helped.

Also, there is always a readers’ fear of whether an adaptation will do justice to the book or ruin the story forever. For now, it appears the creators are doing their best to actually be true to the essence of Vikram Seth’s book.

Previous articleNo Home Quarantine Deaths In Delhi In July, Daily Fatalities Decline
Next article‘Unknown pneumonia’ in Kazakhstan could be Covid-19, says WHO