Abhinav Bhardwaj: The Journey towards a dream fulfilled 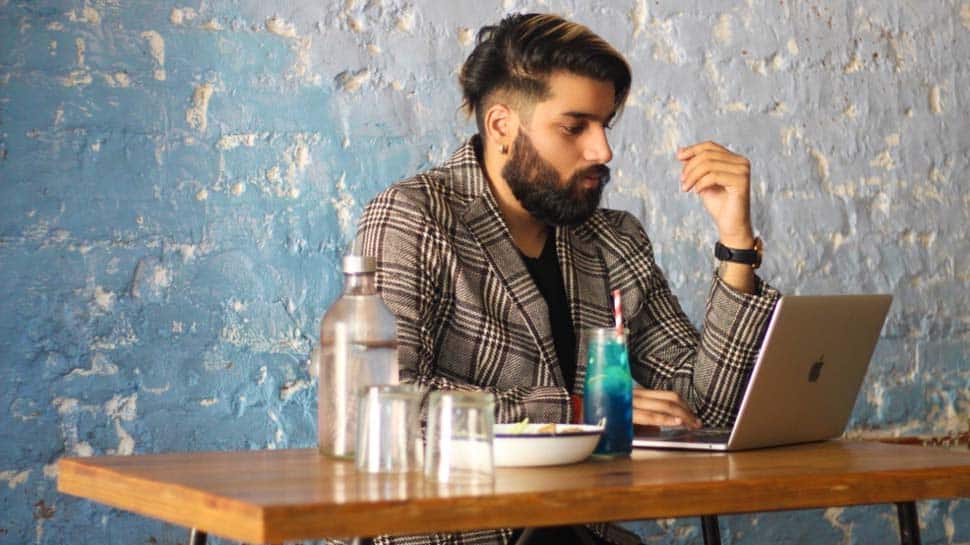 Since the dawn of time, lovers of art and culture have existed and thrived in the human race. In the 21st Century, art has successfully become main-stream, attracting millions, and opening profitable career choices in almost every field of fine art! It has become easier for one to start their career as artists, musicians, or fashion designers.

Nevertheless, there can only a handful amongst a heard of artists, flocking into the creative industry who possess the determination and the caliber to rise above others and make a name for themselves in the society. Ghaziabad’s Abhinav Bhardwaj is one such artist who, at the young age of 25, has overcome the trials and tribulations of struggling artists, and is now living a life full of creativity.

In India, which is diverse in its culture and religions, people normally idolize their favorite celebrity or a religious figure. However, amongst Hindus, Abhinav admires not a god, but a man portrayed as a demon.

Abhinav has drawn his artistic inspiration from Ravana, the mighty demon who fought against Rama in the epic, ‘Ramayana.’ According to him, Ravana is more of an unsung hero, than the devil incarnate. Abhinav believes that people often tend to ignore the good Ravana did, focusing solely on his evil side.

Like Ravana, who was a lover of art, and was famous for his scholarly wisdom, Abhinav started his life as a graphic designer at the age of 20. He kept learning from YouTube and graduating with a degree in VFX and Animation from the Mahatma Gandhi University. Abhinav took the example of Ravana and dedicated his heart and soul into creating his art. He was swift to becoming a social media heartthrob. With his artistic expression and his wit, Abhinav won the hearts of millions all around the world!

Abhinav has this fantastic ability to understand a person’s thoughts and desires, and accurately portray them through the art of graphic designing. Since childhood, he has experienced an inherent connection to this art form, perfecting it through years of practice. His taste for vibrant colors and distinctive but attractive sense of fashion acts as a mirror, reflecting the beauty in his mind.

His unique taste adds an element of surprise to his art, leaving the audience in awe and admiration. Abhinav’s social medial profiles have become an exhibition, showcasing his art to all. His profile is filled with fashion and styling tricks that have helped many who have just begun their creative journey. Abhinav helps several art enthusiasts who contact him, asking for suggestions and tips for their work.

It is his creativity that connected him to well-known brands, such as Paytm, Apple, and The Cricket Lounge, who have been extremely satisfied with the work that Abhinav has so diligently presented for them. He has also helped several Instagram fashion Icons and Indian Political Parties, such as AAP, by making creative graphic designs for them and their projects.

Abhinav’s tirelessness and his enthusiasm have never remained unnoticed by his audience. He has developed himself as not just an artist but an entrepreneur. Abhinav’s wit gives him success and money, turning him into an inspiration for the youth. His desire to share knowledge brought him the praise and love of many!

Previous articleKanpur ambush: UP police to request court to release wife of Vikas Dubey’s aide
Next articleGot pimples on the scalp? Here are some effective remedies