About a girl named Shakeela 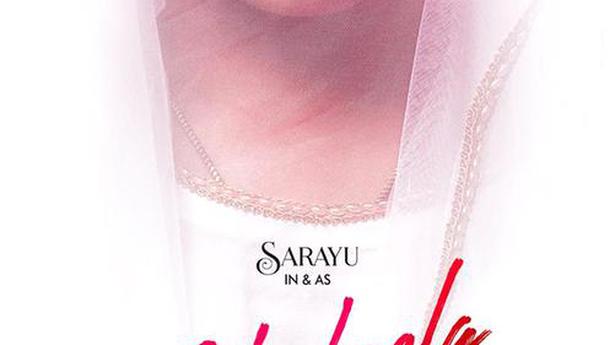 For some women Shakeela was not an easy name to live with in the Kerala of the early 2000s. Filmmaker Sugeesh SG’s short film, Shakeela, pans in on that fact. “The comments section of the film, on YouTube, justifies the reason. A woman named Shakeela posted a comment reminiscing the times she was made fun of. And another had to change her name. There are so many stories attached to that name,” he says. The film, with the extremely popular name, was uploaded on YouTube on July 5 and is already trending for multiple reasons. It has already garnered more than two lakh views, and around 7.6 k likes.

Shakeela was a popular adult film actor between the late 1990s and 2000s, and has built a reputation for herself in the genre. “Even I have made fun of or, at least, raised my eyebrow every time I heard of somebody with the name. It is not just ‘Shakeela’, there are several other names which have unflattering associations that cause unhappiness to people with those names,” Sugeesh says.

The rise of a star

The 18-minute short tells of Shakeela, a young woman, whose name makes her the butt of jokes, causes her to be leered at, and also comes in the way of her getting married. When she is rejected for marriage for the 24th time, her father asks Shakeela to opt for a name-change.

He says, “Are you angry with me because your mother and I gave you this name? Always remember we gave you this name out of happiness, never thinking it would embarrass you.” She refuses to be cowed, and adamantly refuses to change her name. The action in the film coincides with the heyday of actor Shakeela’s career. The conclusion is set 20 years later.

Trying to get into films, Sugeesh was looking around for scripts when writer Amal K Joby approached him with the idea. Amal knew of a person near his home who went through a tough time because of a name, “The name was not Shakeela, but it caused problems. Shakeela is a catchy name for a film. But more than that we felt we needed to tell this story about a woman with a ‘difficult’ name who refuses to back down, and instead, shows willpower and changes what the name had come to mean,” he says.

He worked as assistant to directors of television series before moving to Kochi chasing his film dream. He has been part of teams that have made short films and also has made a music video ‘Elanjipoov’ (2018). This is his first solo short film.

Shakeela, mostly featuring newcomers except actor Sarayu Mohan who essays the titular role, was ready in August 2019 but delays in dubbing caused the project, produced by Funday Club, to be held over till now. Shiju M Bhaskar wielded the camera.

“I want people to understand that what is a joke to some of us may be impacting others in way we cannot comprehend. And I hope people take away this message from the film,” says Sugeesh.

Previous articleSricharan Pakala: I owe my music to Vizag’s hills and beaches
Next articleNew Welsh factory at risk as Jim Ratcliffe’s Ineos looks to make cars in France