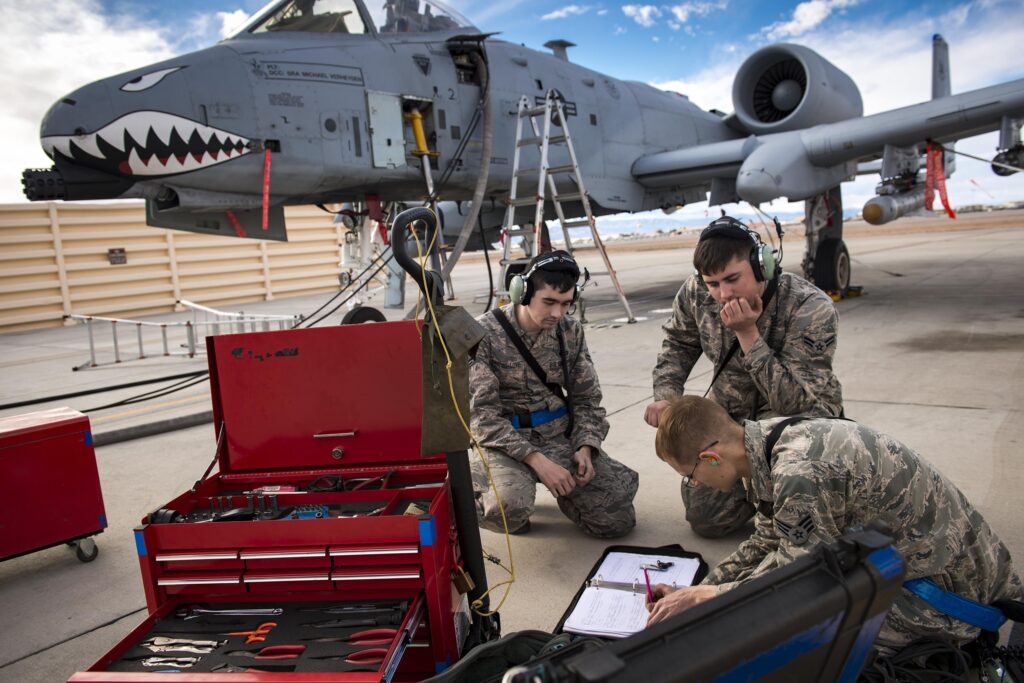 “We have long been a fly-to-fail force,” he explained, simply waiting for aircraft to quit working and then trying to fix them by moving parts to wherever the planes were grounded. But today’s unpredictable and relatively slow approach to getting fighters and bombers back in the air simply won’t be possible in future conflicts, as Russian and China seek to degrade US communications including via cyber attacks and attacks on US bases.

The service has made “logistics under attack” one of its key priorities as it shifts focus to deal with globalized peer conflict, asking for $3 billion in 2021 to fund various efforts.

Berry noted that the Air Force is “talking to” the Joint Artificial Intelligence Center (JAIC) about best practices and lessons learned as it pushes ahead with its two key predictive maintenance initiatives: “condition-based maintenance plus (CBM+) and “enhanced reliability centered maintenance (ERCM).

The service has been using CBM+, which involves monitoring platforms on three aircraft: the C-5, the KC-135 and the B-1. “They’ve been doing it for about 18 to 24 months now, and we’re starting to get some real return on what it is that the CBM+ is offering us,” he said.

ERCM, he explained, “is really laying that artificial intelligence and machine learning on top of the information systems that we have, the maintenance information system data, that we have today, and understanding failure rates and understanding mission characteristics of the aircraft and how they fail,” he said. While he said he didn’t have the list at his fingertips, Berry said the dozen weapon systems being integrated would come under the ERCM effort by the end of the year.

Berry said that there are a number of other changes to how the Air Force does logistics that will require future focus, especially the question of how best to preposition supplies in the European and Pacific theaters. He noted that the Pacific region presents particular problems because of the wide geographic dispersement of allies there.

“We’re not going to be able to bring what we could bring in the past,” he added, “and so much of what we are going to use is probably going to have to be there.”

This is going to require new ways to partner with allies and friendly nations in those regions, he said, noting that the European Deterrence Initiative and the Pacific Deterrence Initiative might help. “But, we’re gonna have to make those a little bit more foundational moving forward,” he said.

Finally, Berry stressed that improved command and control is going to be the base of all of the Air Force’s efforts to establish “adaptive operations and agile combat employment” — concepts for operating in a distributed manner from a large number of small operating locations in a peer conflicts. As a 2019 study on “distributed operations” by RAND explains, “this type of distributed air operations in a contested environment represents a significant shift in the way the Air Force has operated since the end of the Cold War.”

This involves moving to replace old IT systems with modern capabilities, including cloud storage and data fusion from multiple sensors — whether those be onboard an aircraft such as the F-35 or from a machine doing specific maintenance.