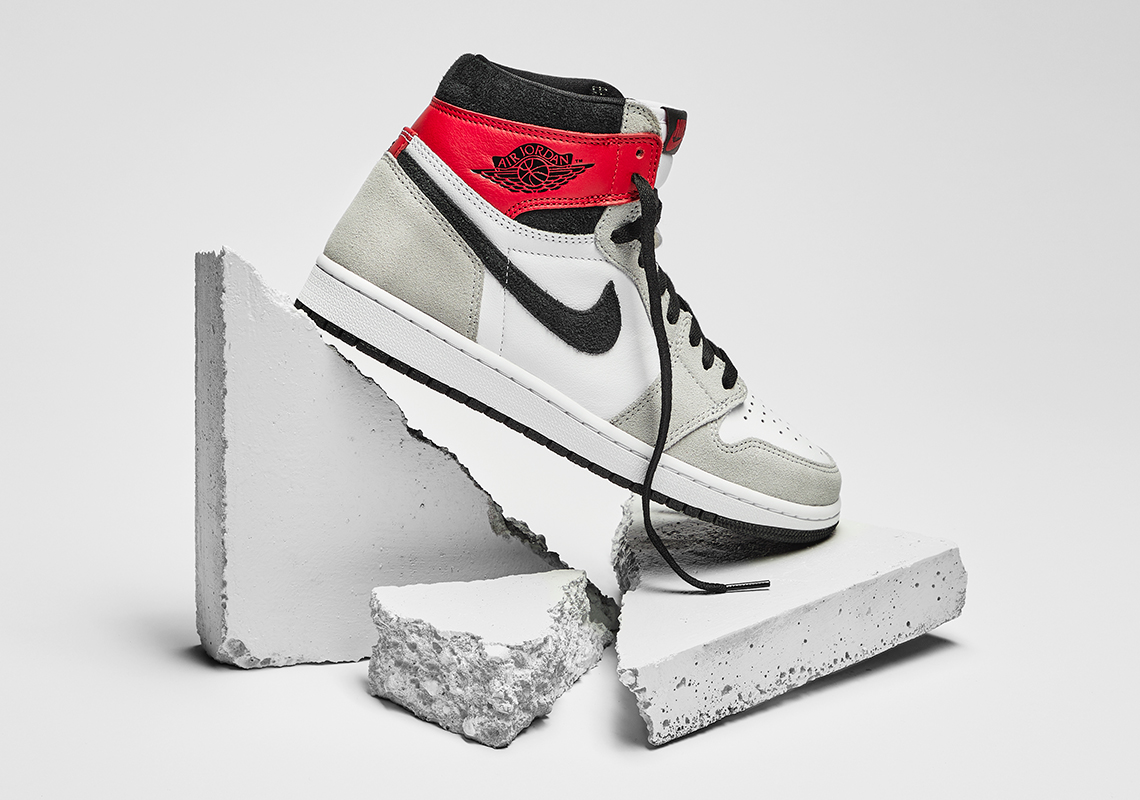 As those who got their entries in on time eagerly wait to learn if they won the Air Dior raffle, the Air Jordan 1 has emerged in official images of its “Light Smoke Grey” colorway.

First teased via a mockup back in March, the forthcoming Jordan 1 is predominantly clad in grey, “White”, and “Black”. Overlays throughout the forefoot, midfoot, and heel ostensibly take a note from a previously-seen Jordan 1 Mid, but they favor suede construction. Elsewhere, “White” leather and nylon make up toe boxes and profile panels and tongues, respectively, while “Black” fabric takes over side Swooshes, laces, and collar underlays. “NIKE AIR” branding on the tongue and the Jordan 1 High‘s signature ankle flaps interrupt the greyscale arrangement in “Varsity Red”, perhaps a nod to the silhouette’s original form from 1985. Sole units underfoot round out the Air Jordan retro in a “yin-and-yang” color scheme.

The Jordan 1 “Light Smoke Grey” is currently scheduled to arrive to Nike SNKRS on July 11th, though release dates are subject to change. While you wait, enjoy official images of the pair here below.

In other confirmed Jordan release dates, the Jordan 5 grape launches on July 7th.

Make sure to follow @kicksfinder for live tweets during the release date. 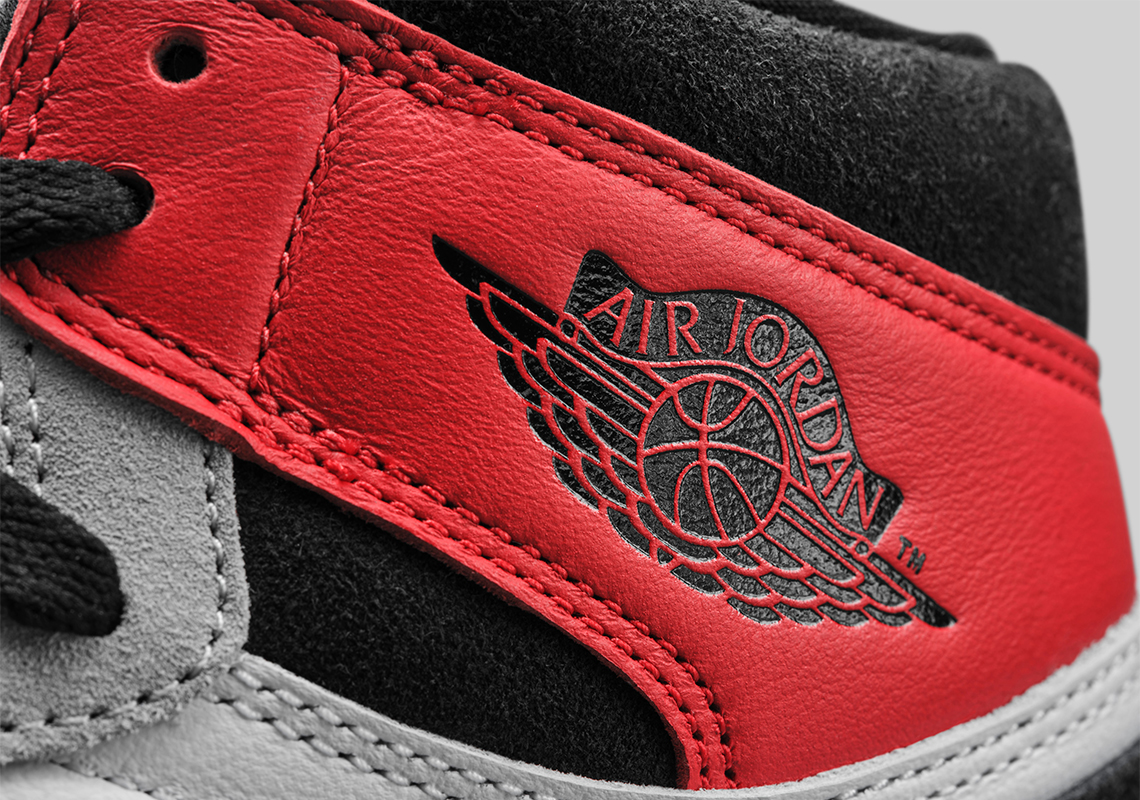 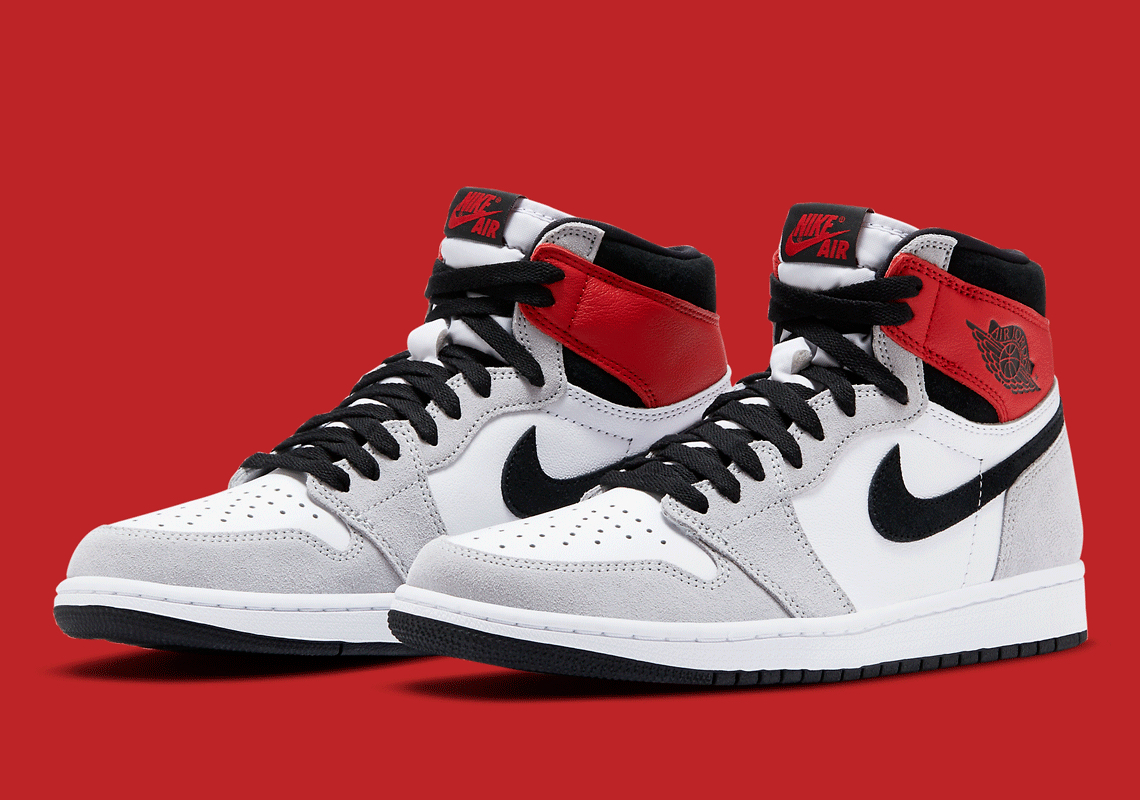 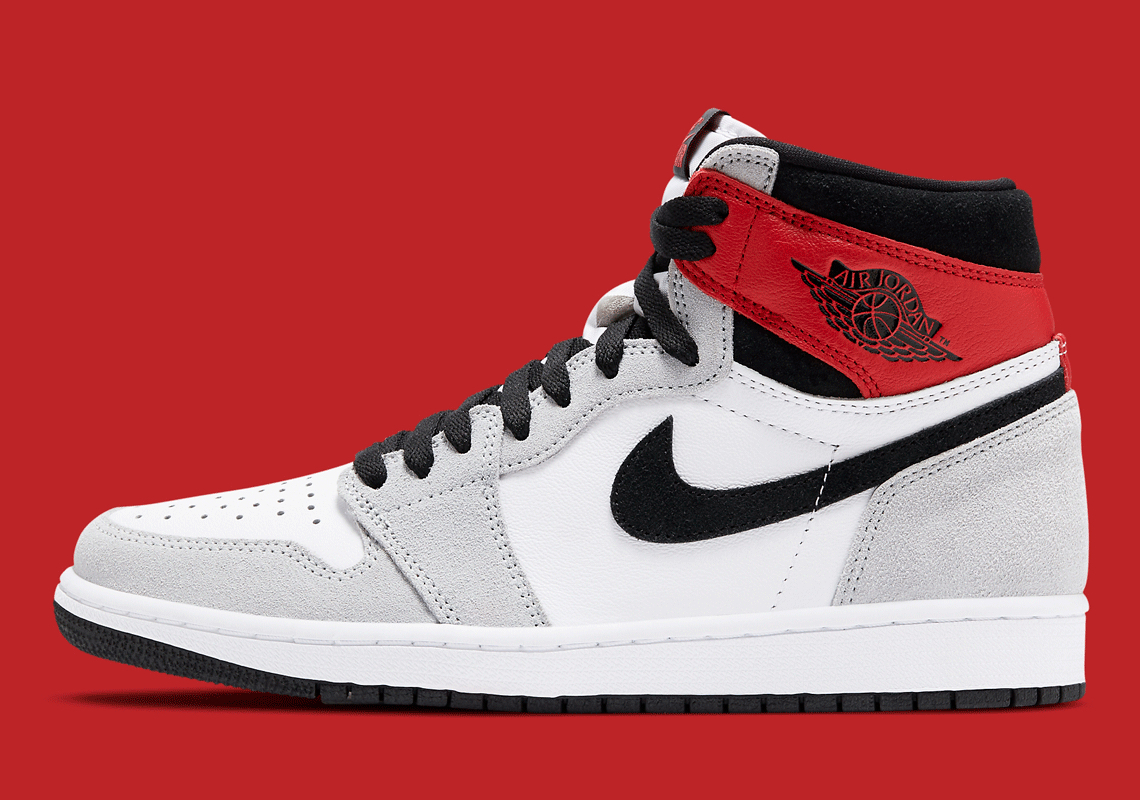 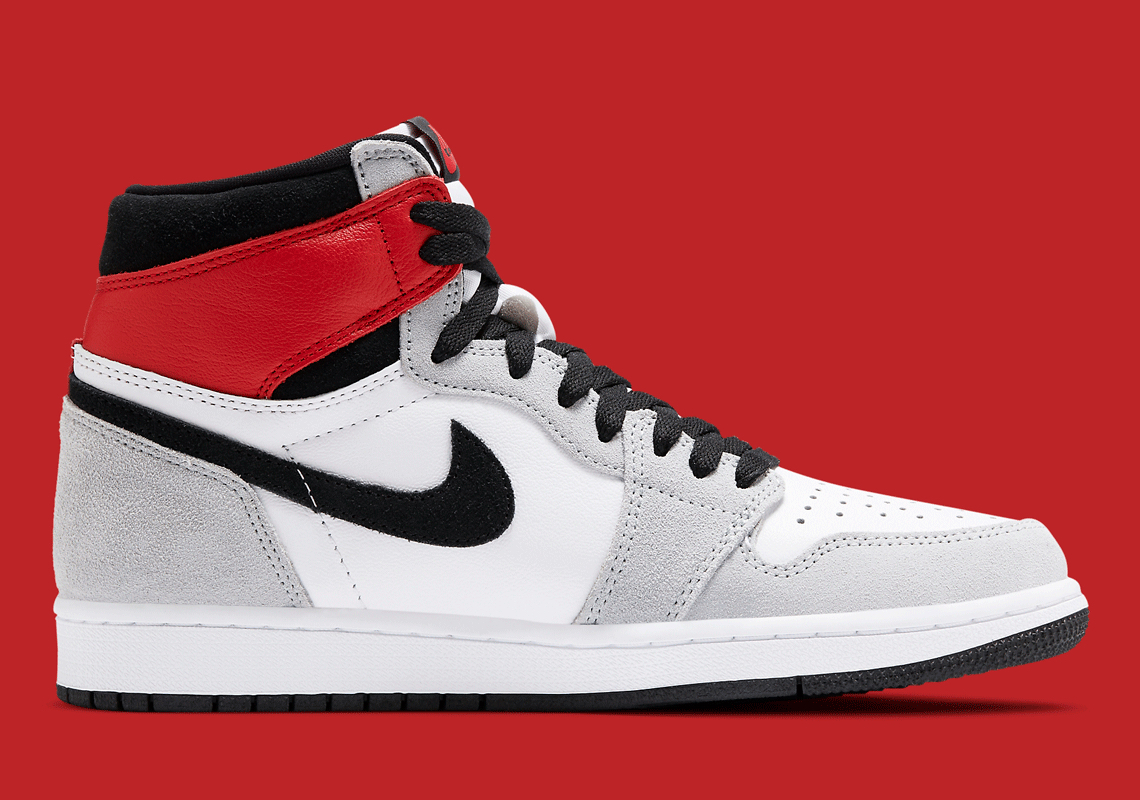 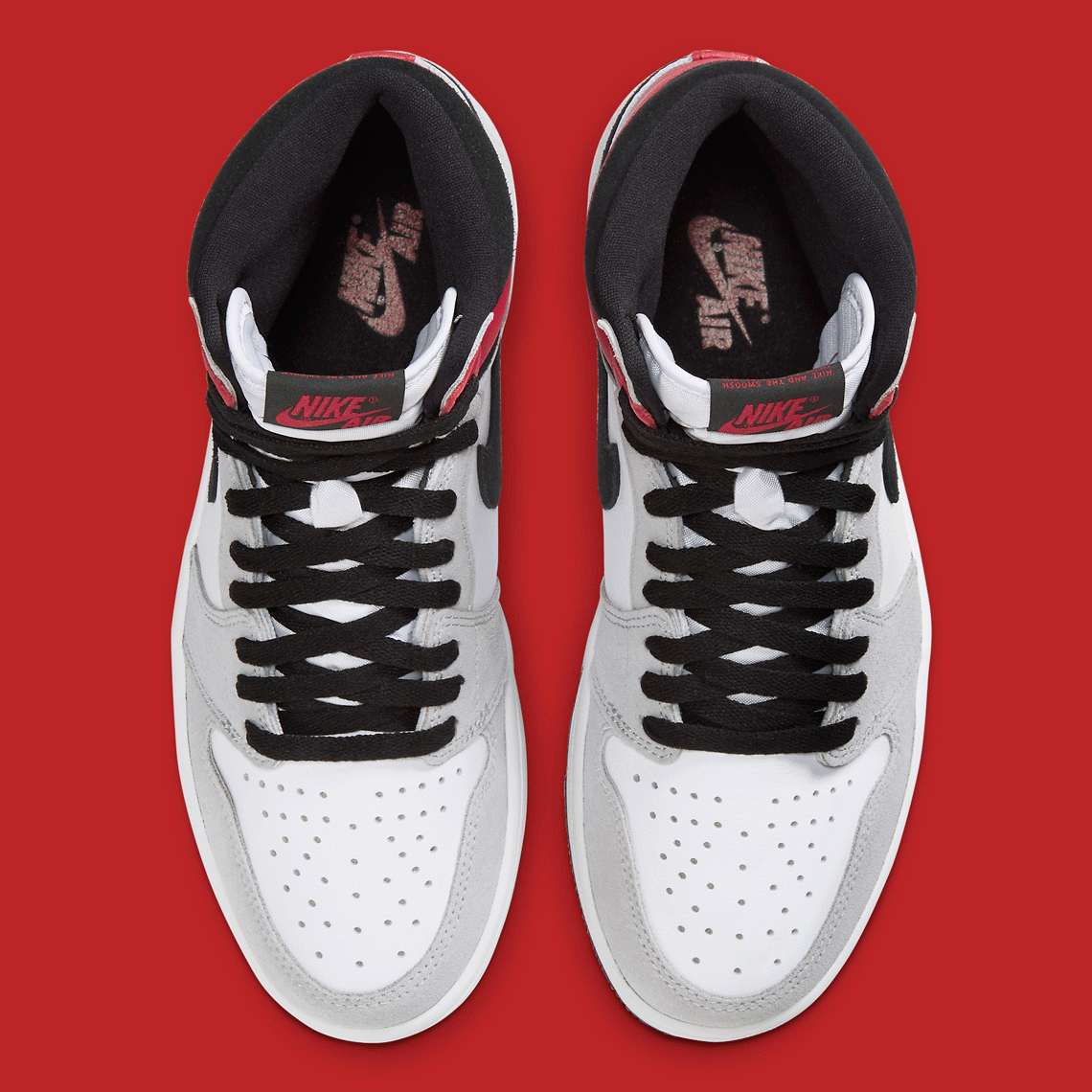 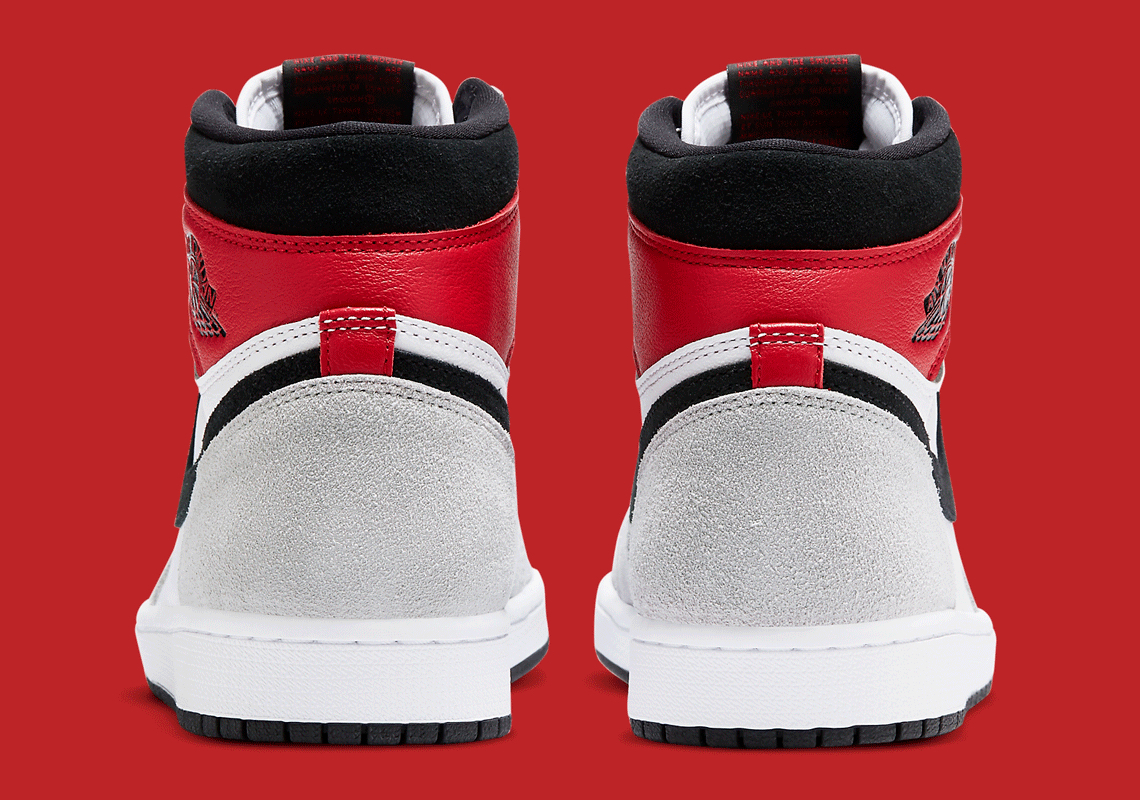 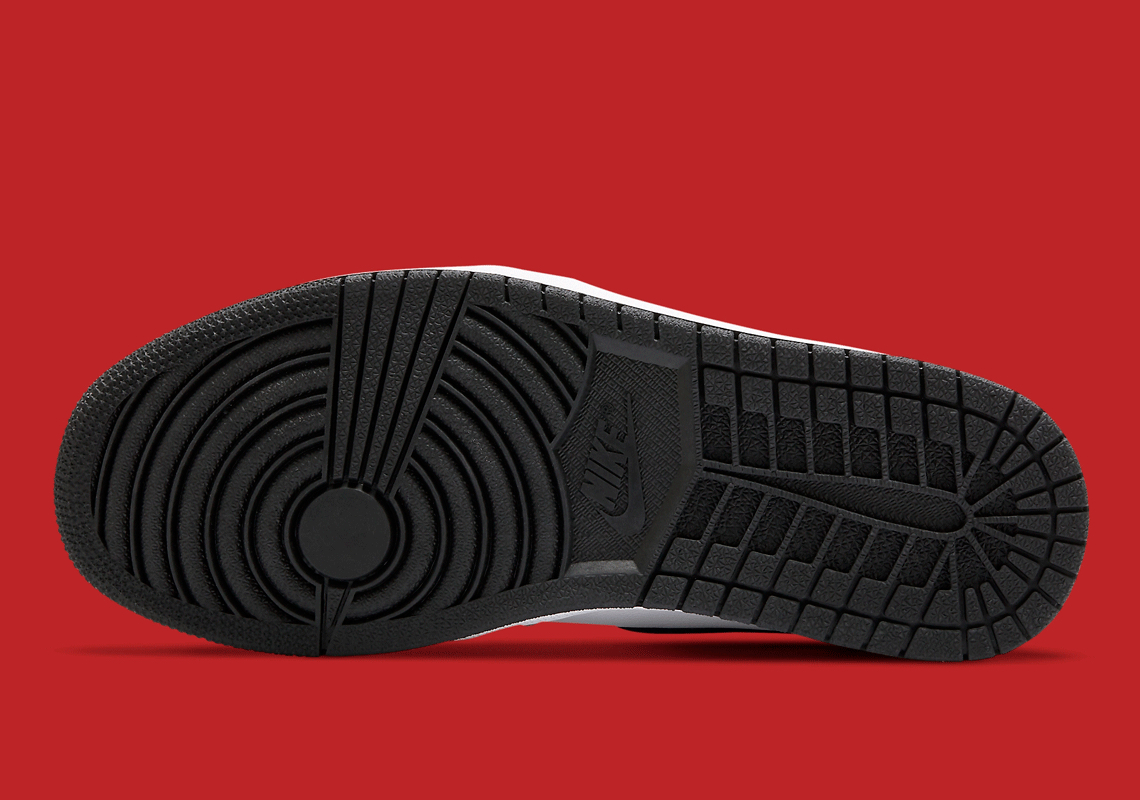 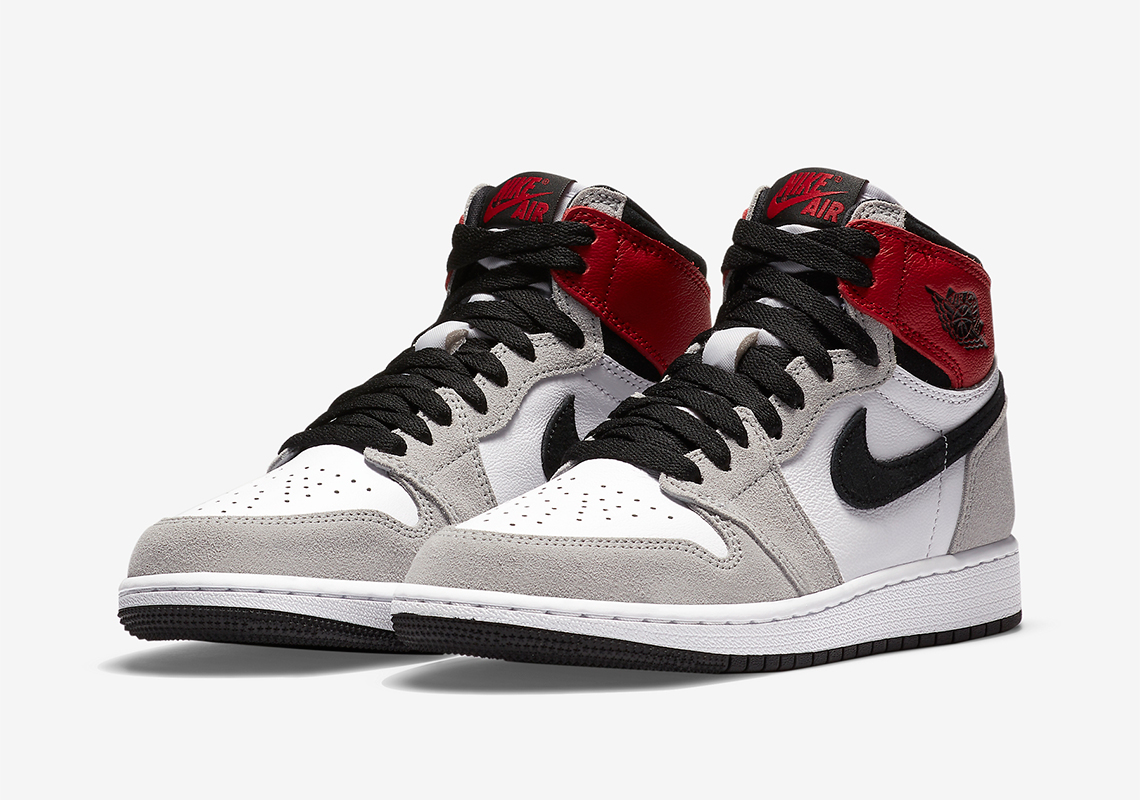 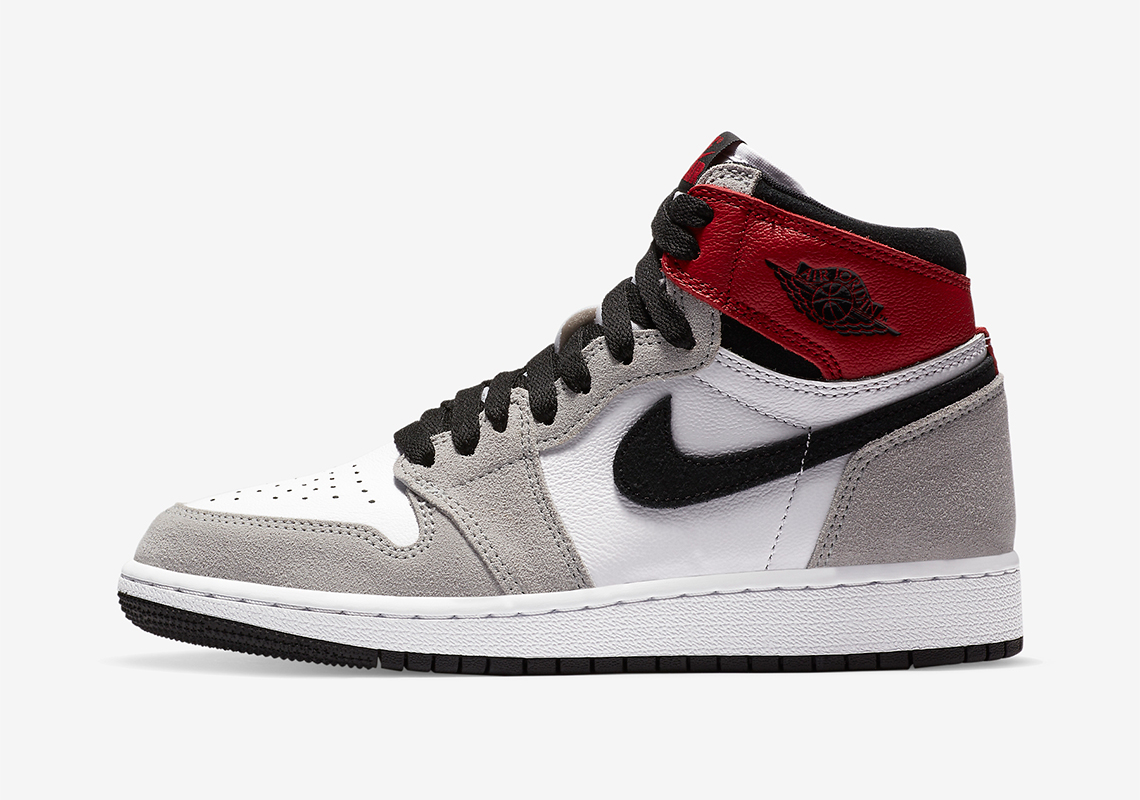 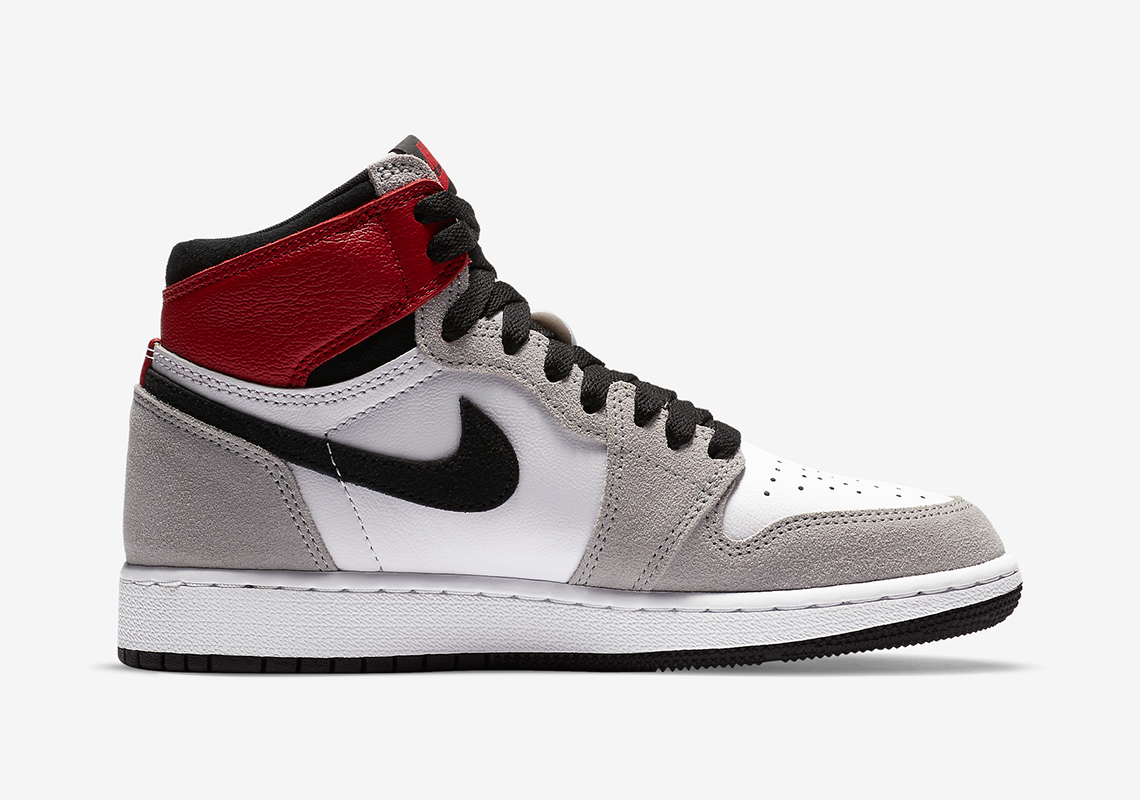 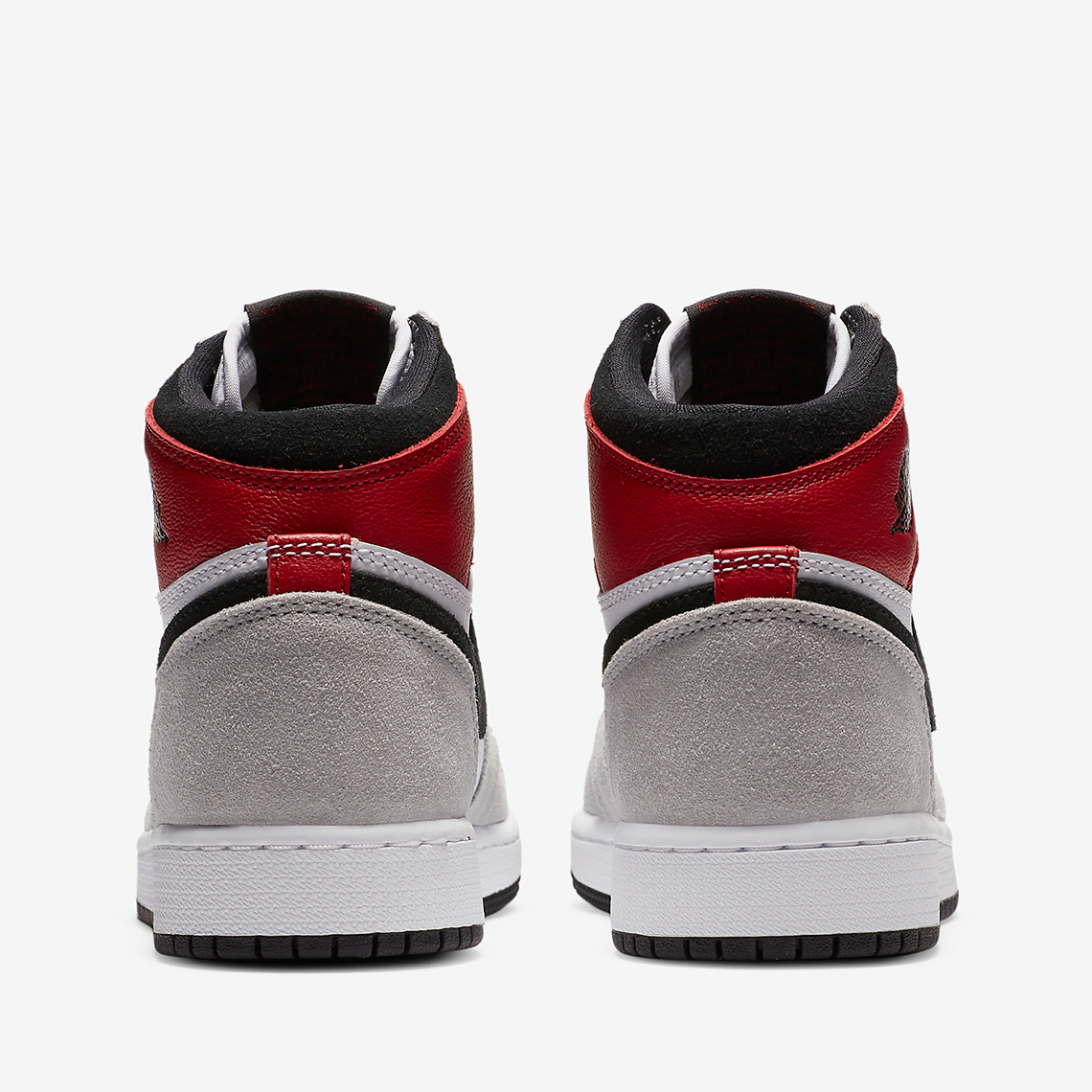 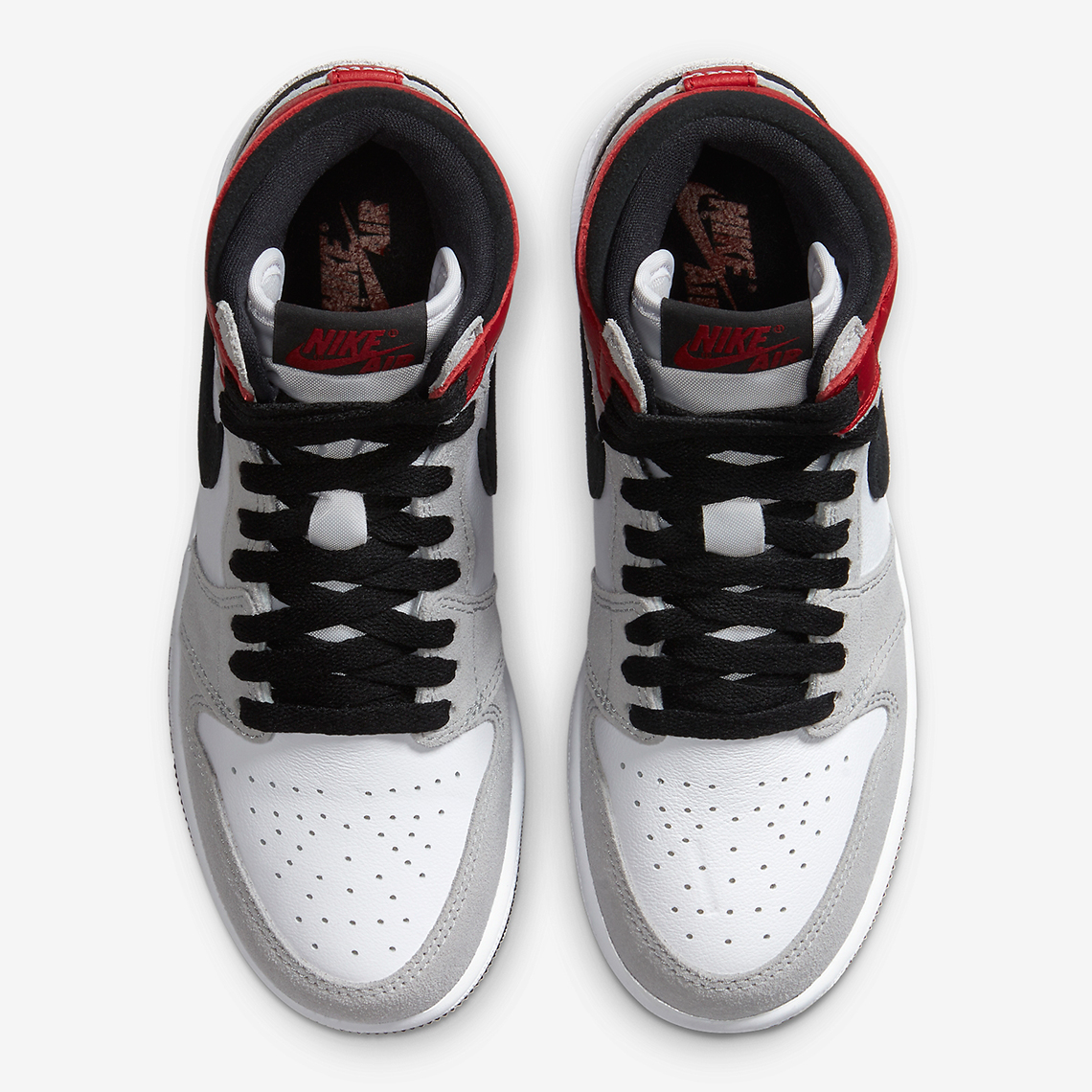 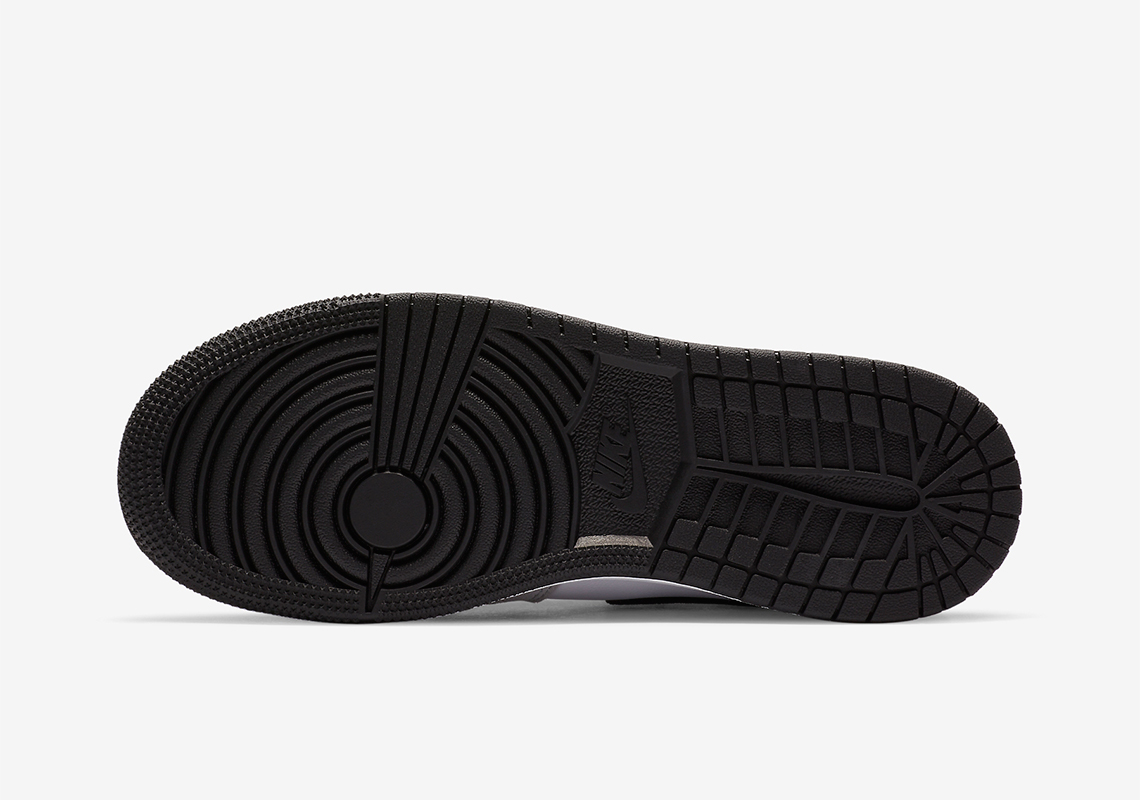