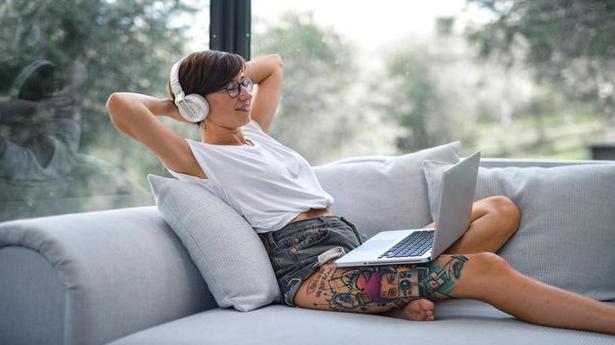 Listen to actors Mohanlal, MG Soman, Karamana Janardanan Nair, Jagadish, Bhagyalakshmy and Aranmula Ponnamma in a radio play Jeevanulla Prathimakal (1993). Perhaps the first radio play of Mohanlal’s, the play is among ten iconic radio plays that have been uploaded on the YouTube channel of All India Radio to connect with listeners during the lockdown.

This is part of nation-wide directive given by All India Radio (Akashvani) to its stations. Akashavani Thiruvananthapuram uploaded all the plays on April 21. “Akashvani has had a tradition of broadcasting plays since its inception and they have been popular until other means of entertainment came in. It was Shashi Shekhar Vempati, CEO of Prasar Bharati, who suggested that the lockdown should be seen as a period to revive people’s interest in the plays. That’s when it was decided to bring some of the best works into the public domain,” says Amlanjyoti Majumdar, director, External Services Division, All India Radio (AIR). He says that while regional stations have started uploading plays separately, AIR has plans to centralise the same on its official YouTube channel, where they will be categorised on the basis of language.

Among the plays uploaded by Akashavani Thiruvananthapuram are works by legendary playwrights and writers of Malayalam such as Kainikkara Kumara Pillai, TN Gopinathan Nair, Nagavally RS Kurup, N Krishnapillai, P Padmarajan and Pirappancode Murali. Famous voice-artistes and actors such as TP Radhamony, Bhagyalakshmy, KPAC Sulochana, MP Manmadhan, TR Omana and Saraswathy Amma can be heard at their best in these plays. Also on the list are adaptations of significant literary works, such as those of Perumbadavam Sreedharan’s Oru Sankeerthanam Pole, William Shakespeare’s Othello and Leo Tolstoy’s War and Peace (Yuddhavum Samadhanavum, broadcast in 1963).

Voice of the stars

During the annual radio drama festival, mainstream actors are also roped in to be part of the productions and some of these star-studded productions from yesteryears have been included in the playlist. One of them is Ithilkkanni, first broadcast in the early 60s. It has lyricist P Bhaskaran and actors Sathyan, Prem Nazir, Jose Prakash, Sheela and Adoor Bhasi in the cast. The family drama was written by N Krishnapillai and directed by TN Gopinathan Nair.

Jeevanulla Prathimakal (1993), written by M Rajeevkumar, former programme executive in AIR, and directed by Satheesh Chandran, focusses on man’s conflict with nature, which is told through the story of a group of people who are out to hunt birds. “The content was well ahead of its time,” remembers Jagadish, who has acted in many radio plays. He adds that since the film actors were busy with their film assignments, the play was partly recorded in Kozhikode.

Translations of plays that were broadcast as part of monthly national drama festival have also been uploaded. One such play is Upayogashoonyamaakunna Shabdarekhakal, translation of a Bengali play, directed by N Vasudev, programme executive of the station. “Radio plays had dedicated listeners. The plays in this list belong to different genres,” says Vasudev.

AIR has over 10,000 plays in its collection. “Besides languages that come under the eighth schedule of the Indian constitution, we air content in 179 dialects as well. Plays in these dialects are based around culture and lifestyle of that community and thus we have a repository on the tradition and culture of our country,” Amlanjyoti says.

A few Malayalam plays were uploaded on YouTube even before the lockdown. According to an official with Akashavani Thiruvananthapuram, some of these plays have got more views after the lockdown, an example being Copper Beaches-the Sherlock Holmes series directed by Vasudev.