Andy Murray: Resurfacing is a rare documentary that finds inspiration in an athlete’s decline 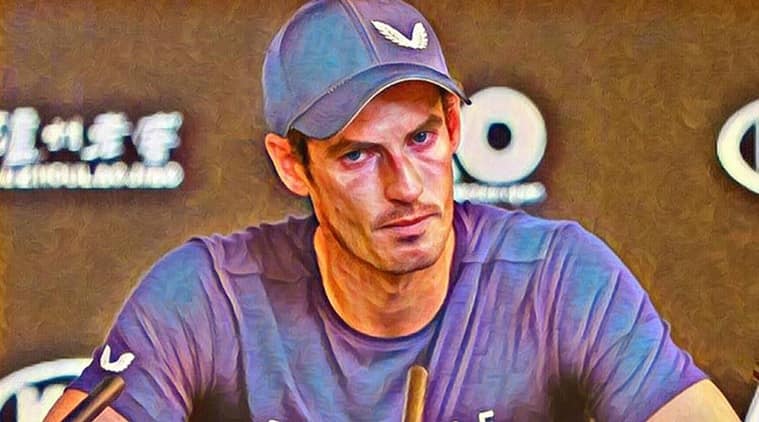 What does it cost a professional athlete to be injured at the height of their powers? In Olivia Cappucini’s Andy Murray: Resurfacing, Kim Murray is heard mentioning how an athlete’s body is never his (or her) own. Whether it is the ‘twitchy sponsors’, entitled media persons repeating the same questions hoping to get a different answer (will you be ready for Wimbledon? Will you retire?), or the ‘experts’ and their alternate methods of healing, everyone has a vested interest. Also, what about the psychological toll? There’s always a niggling fear within world-class athletes whenever they are confronted with injury – What if this never heals? What if…this is it? Life can be unfair. And there’s colossal disappointment lurking around in how some things turn out. Even more so once you have peeked through the window and seen that golden ‘forever after’. Something that stings all the more if you are Andy Murray – the third fiddle of your generation.

Playing in the era of arguably the three greatest tennis players to have ever played, it’s nothing short of miraculous that Murray expanded the top 3 into the ‘Big four’ through sheer perseverance. Playing with question marks throughout his career – Can he? Will he? – Murray has been a lifelong underdog. Compounded with his number four ranking, was the weight of being the first Brit to win a slam since Fred Perry in 1936. As Britain’s veteran semifinalist, Tim Henman, seemed to be on his way out during the 2000s, we saw Murray get one step closer. Battling five semifinal and four final defeats, it was finally in 2012 that Murray overcame Djokovic to win his first slam at the US Open. Winning this shortly after an Olympic gold medal, Murray delivered his career’s most dominant performance in 2013, where he (again!) beat Djokovic, to become the first Brit to win Wimbledon in the open era. The self-belief, the sheer tenacity to will his dreams into reality – Murray looked like a sentient being on centre court that day. Around three years later, in late 2016, he would even be ranked number 1. And then, the end would emerge… abruptly.

Coming into the 2017 Wimbledon quarterfinals against Sam Querrey as the defending champion, Andy Murray seemed like a shadow of himself. With a two-sets lead on the American, Murray all but fizzled out in the final two sets, bowing out of the competition with a mysterious injury. When you are competing with the best, it’s not uncommon to play through the occasional niggle in the leg, the blister, the sore back. In a competition where centimetres decide matches, you withstand everything with a straight face. That’s probably an explanation why Murray’s camp kept up with an “it’s all fine” reply to all queries. But after that quarterfinal match, it was all out in the open. Murray was limping off court, and the news about his bad hip could no longer be contained. Once this was out in the open, many pundits wrote it off as the end of Murray’s career. He would probably recover from it, but they said the journey back would be long and arduous. According to these ‘experts’, Murray would no longer be a contender at the highest level. Just like that.

Andy Murray: Resurfacing is interesting because of how it observes a top-of-the-line athlete at his most vulnerable. Keeping up with a groundhog day-like routine of physical rehab, a routine of exercises, operations, it can be tough to be around a world-class athlete, when he’s not feeling his best. “I don’t get any joy out of this,” Murray can be heard complaining to his physical conditioning coach during a rehab session. The goal behind going through this grind is to be fit enough to get back on court. After they try it a couple of times (albeit with little success), comes Murray’s breaking point at the Citi Open against Marius Copil. Pulling through his third 3-hour match in as many days, Murray can barely stand at the end of the match. He’s somehow prevailed over his opponent, but a profound realisation has hit him. Flashing a momentary grin while congratulating his opponent, Murray’s face turns sullen immediately. Even though he’s thanking the crowd for their support, the dam is about to break. Maybe he will never get back to the highest levels of professional tennis, without that stinging pain in his right hip. He will no longer be able to compete in a sport he has loved since the age of three. There’s just no getting past this obstacle, even with the discipline of a champion. Murray sits down, buries his face in a towel… and he sobs. It’s a terrifying thing, seeing the countdown, when you’ve only just begun to fulfill the true extent of your potential.

And this is where Olivia Cappucini’s documentary does the unexpected. As tennis fans already know, there’s no comeback story here. We won’t see Andy Murray avenge his physical limitations and spiralling form. We know how this ends. And yet, this is where the film remains curious about a champion’s work ethic even in the face of his near-certain decline. Murray knows there’s only a fraction of a chance of him getting back to competing as a Men’s singles player, let alone keeping up with the top 3. But he tries out some alternative training methods with reconditioning specialist, Bill Knowles. He even starts reading about doubles specialist Bob Bryan’s metal hip surgery, to help fix a similar condition. Murray proceeds with the surgery, giving himself a minuscule chance to return, as opposed to living with the pain. We are free to interpret the events as we see fit – a superstar athlete scrambling to hold on to whatever he can, or an athlete doing everything within his powers to be considered as a contender to be the world’s best player… again.

Murray’s career has been a series of defiances. Battling the trauma of being a survivor of the Dunblane massacre (rarely speaking about it in public), finding refuge in tennis to deal with his parents’ divorce at the age of 10, he had no business being in the same league as the Federers, Nadals & the Djokovics, as a 19-year-old pro. Murray doesn’t possess Federer’s artistry, Nadal’s brute force or even Djokovic’s far-reaching defence. And yet, formulating his own economical, workmanlike style of tennis, Murray has willed his way past his more-talented opponents. He has trained to be nothing but the best. His style on court, or his way of conduct with fans and journalists, may not be the most charming. He may be far from being the most likable player on tour. But he’s dead serious, when he says he wants to compete again.

Andy Murray has picked up the Men’s doubles to chart his return with a metal hip. The happily ever after probably doesn’t come with finding the right answer alone, but with the drive to find the right answer no matter how much persistence it requires. You can be rest assured he’ll put his head down and keep working to get back to the top. Nothing else matters.

Previous articleDoval, Chinese foreign minister Wang Xi agreed to complete disengagement process along LAC, says MEA
Next articleE-visas covering all of Russia to be introduced in 2021