Artist Christo, known for wrapping exteriors of landmarks, dies at 84 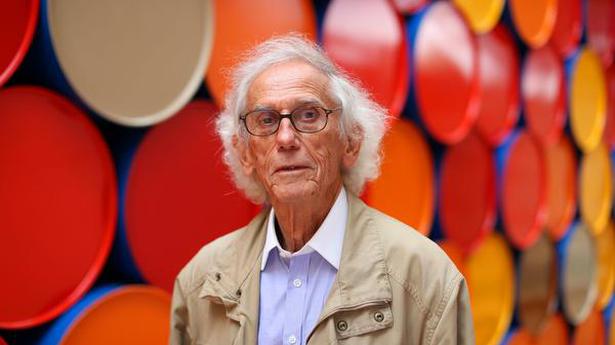 Christo, the Bulgarian-born artist best known for his temporary installations based on wrapping the exteriors of landmark buildings, bridges and outdoor spaces, died on Sunday at age 84 of natural causes at his home in New York City.

“Christo lived his life to the fullest, not only dreaming up what seemed impossible but realizing it,” the office of the artist, born Christo Yavacheff, said in a statement.

Christo escaped from then-Communist Bulgaria in 1957, first to Prague and then to Vienna and Geneva. A year later, he moved to Paris, where he met his wife and art partner, Jeanne-Claude Denat de Guillebon. He lived in New York for 56 years.

In 2018, he presented “The London Mastaba” — a 20-metre-high (66-foot) sculpture of an ancient Egyptian tomb, made from 7,506 red, white and mauve barrels put on a platform in a lake in London’s Hyde Park.

Christo and Jeanne-Claude, who died in 2009, are also known for such works as “The Gates,” a 2005 installation in New York’s Central Park, and the wrapping of the Reichstag in Berlin in 1995 in a vast silvery curtain.

His latest project envisioned wrapping the Arc de Triomphe in Paris in 25,000 square metres of recyclable polypropylene fabric in silvery blue and 7,000 metres of red rope.

“Christo and Jeanne-Claude have always made clear that their artworks in progress be continued after their deaths. Per Christo’s wishes, ‘L’Arc de Triomphe, Wrapped’ in Paris, France, is still on track for September 18 October 3, 2021,” the statement said.