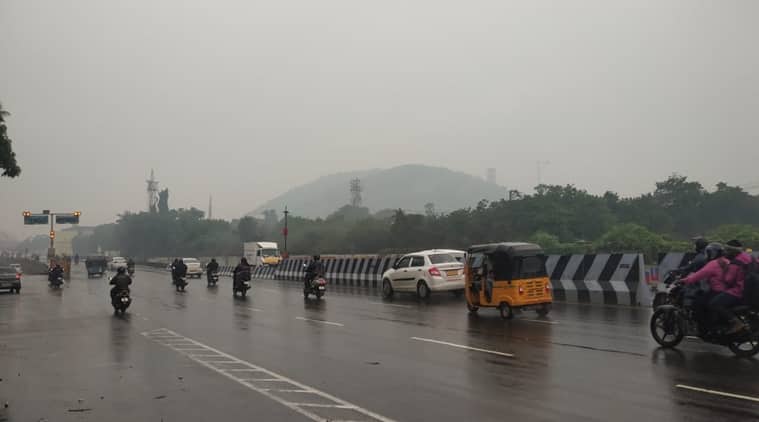 
The Northeast is expected to receive rainfall over the next week, with weather warnings issued for both Assam and Meghalaya. (File photo)

As northeastern states continue to receive incessant rainfall, a landslide in Arunachal Pradesh Monday night led to the death of a family of three who were stuck in their house. After the bodies were recovered Tuesday evening, Arunachal Pradesh Chief Minister Pema Khandu expressed his condolences and said that relief will be extended to the next of kin.

The incident was reported in the Arzoo village in Dibang Valley district. The village is located around 85 km from Anini, the headquarters of the district.

“Heavy rain triggered a landslide which buried the family: a 28-year-old woman, and her two children aged 8 and 3,” said Beru Dulom, Field Officer of the state’s Disaster Management Authority.

On Tuesday evening, CM Khandu tweeted: “My heartfelt condolences on the loss of three precious lives from a single family at Arzoo village in Dibang Valley district due to landslide yesterday. Necessary relief to the next of kin is being extended.”

Dulom said that landslides, which are an immediate trigger of rains in hilly areas, were being reported through the state. “Many roads — including a major road leading to Tawang — have been completely washed away,” he said.

The CM appealed to everyone in the state to stay safe in view of the incessant rains.

According to the Regional Meteorological Centre in Guwahati, a ‘red warning’ — extremely heavy rainfall —was issued for the East Siang, Lower Siang, Dibang Valley and Lower Dibang Valley of Arunachal Pradesh for May 25 and 25.

Dulom said the water level of the Lohit river and its tributaries have also been rising due to the rainfall. “While this had led to many flash floods, the situation is under control. This happens every year because of the increase in rainfall,” said Dulom.

The Northeast is expected to receive rainfall over the next week, with weather warnings issued for both Assam and Meghalaya.