As Chinese remove tents in Galwan, Indian Army says pullback confirmation only after on ground verification 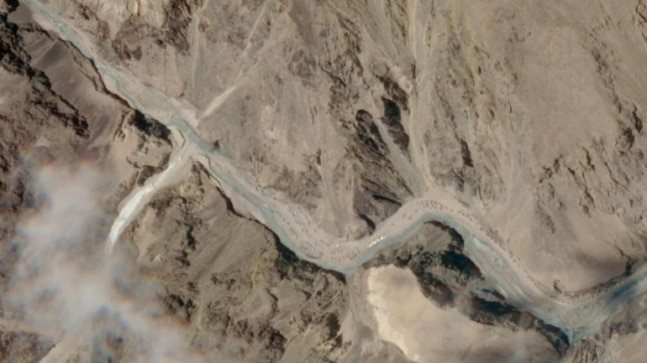 The Chinese People’s Liberation Army (PLA) has removed temporary structures at Patrol Point 14 in Galwan Valley of eastern Ladakh, the site of the bloody clash on June 15, but the retreat is yet to be verified on the ground, government sources said.

“Removal of tents is visible but whether they have pulled back needs to be verified on ground,” an official told India Today.

Another official described the pullback as a “piecemeal de-escalation”, while adding that small steps are being taken to defuse the situation along the LAC that has been volatile for over two months.

Twenty 20 Indian soldiers including a commanding officer were killed in ugly clashes on June 15 in Galwan. While China has not revealed its casualties, reports from the ground have indicated that they faced losses.

With troops reportedly moving back a few kilometres on Monday, the disengagement started as per agreed terms in the Corps Commander’s meeting on June 30.

“No specific distance has been of the pull back can be confirmed as it needs to be verified,” said an official.

Sources said PLA has been seen removing tents and vehicles have also moved back in Galwan, Hotsprings and Gogra.

After the previous meeting at the Corp Commander-level, it was decided that a 72-hour period will be used for verification on the ground once the field commanders have decided to move back in their discussions.

“Till now, both sides are sticking to the plans discussed of disengagement in a phased manner,” said an official.

Three meetings at the Corp Commander-level have taken place till now to discuss issues related to disengagement at the face-off sites along the LAC and de-escalation from the border areas.

More meetings are expected both at the military and at the diplomatic level, in future, to arrive at mutually agreeable solution and to ensure peace and tranquillity along the LAC as per bilateral agreements and protocols.

This is in keeping with the agreement between External Affairs Ministers and his Chinese counterpart during their conversation on June 17 that the overall situation will be handled in a responsible manner, and that both sides will implement the disengagement understanding of June 6 sincerely.

In Pangong Lake, another flashpoint where clashes have taken place in the last two months, there are reports of Chinese removing some structures, but there is no sign of moving back or descalation yet.

In Pangong Lake, that has been the biggest flashpoint, a 2-3 km retreat is not acceptable to India since this would mean a retreat from Finger 4, that’s always been under Indian control.

The Chinese are currently camping at Finger 4 and have set up bunkers and observation posts between Finger 4 and Finger 8, a distance of about 8 km. India claims LAC at Finger 8.