On Tuesday afternoon, Baghjan 5 well near Dibru-Saikhowa National Park caught fire 14 days after it had reported a blowout (Express Photo by Diganta Rajkhowa)

A day after a blowout from a gas well in Assam’s Tinsukia district caught fire, bodies of Oil India Limited (OIL) firefighters Durlov Gogoi (35) and Tikheswar Gohain (55) were recovered from a pond near the well site, authorities said.

The fire had by then been contained. “Peripheral fire has been contained but fire at the well remains,” said OIL spokesperson Tridiv Hazarika. “Currently, fire tenders are spraying water to contain the fire from spreading in surrounding areas,” said an OIL statement Wednesday.

A tweet from the Prime Minister’s official handle informed that “the PM assured all possible support from the Centre. The situation is being monitored closely”.

<p “width=420″ lang=”en” dir=”ltr”>PM @narendramodi spoke to Assam CM Shri @sarbanandsonwal to discuss the situation in the wake of the Baghjan fire tragedy. PM assured all possible support from the Centre. The situation is being monitored closely.— PMO India (@PMOIndia) June 10, 2020

On Tuesday, Chief Minister Sarbananda Sonowal had directed Industries and Commerce Minister Chandra Mohan Patowary to reach Tinsukia to assess the situation. In a release, Patowary announced that families of Tikheshwar Gohain and Durlov Gogoi will receive Rs 1 crore and Rs 60 lakh, respectively, in compensation — the sums based on their years of service. The families would also receive pension and other benefits, and one eligible member from each family would be given a job in OIL. The government also announced that their last rites will be performed with state honours. 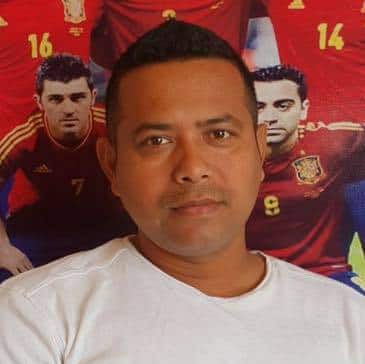 On Tuesday afternoon, Baghjan 5 well near Dibru-Saikhowa National Park caught fire 14 days after it had reported a blowout – an uncontrolled release of gas/oil.

A Guwahati-based expert said gas blowouts always run the risk of catching fire. “The escaping gases are highly inflammable and a slight spark can set them off,” he said. “The job now is to contain the fire within the current perimeter. This can be done with barricades such as fire-resistant asbestos etc,” he said, adding that the fire can only be contained when the well is “killed” or completely shut down with the help of a Blowout Preventer (BOP).

<p “width=420″ lang=”en” dir=”ltr”>OIL salutes the Supreme Sacrifice made by our brave firefighters who laid their lives in the line of duty.

Experts from Singapore the well site in the morning and are currently preparing their plan of action. “They are carrying out the entire operation with our assistance now,” said OIL’s Hazarika.

About 7,000 evacuated villagers are now accomodated across 12 relief camps. A sum of Rs. 30,000 to each displaced family. “About 25 houses — some partially, some fully — have burnt as a result of the fire,” said Bhaskar Pegu Tinsukia DC.

“We have been at the camp since Day 1 of the blowout,” said 51-year-old farmer Kamal Baruah from Baghjan village. “My wife and children are at our relatives’ place.”

“Today, I went to my home. Our windows are still vibrating from the sound of the blowout,” he said, adding that he fed his hens, ducks and cats before returning. “I have no idea where my cows are.”

Environmentalists have voiced concerns about the impact of the fire on Dibru-Saikhowa National Park and Maguri-Motapung wetland. “This is a biosphere reserve…it has birds and an entire ecosystem of micro-life. The habitat has been destroyed forever. The grassland near the wetland has burnt too,” said Tinsukia-based environmental activist Niranta Gohain.

“Condensate which had settled about 200 m from the rig has caught fire. As a result, bits of grassland and bushes have burnt,” said Pegu, adding that the district administration is carrying out an assessment of loss of property.

On Wednesday night, OIL spokesperson confirmed reports that two employees have been suspended in connection with the blowout, but refused to share details.