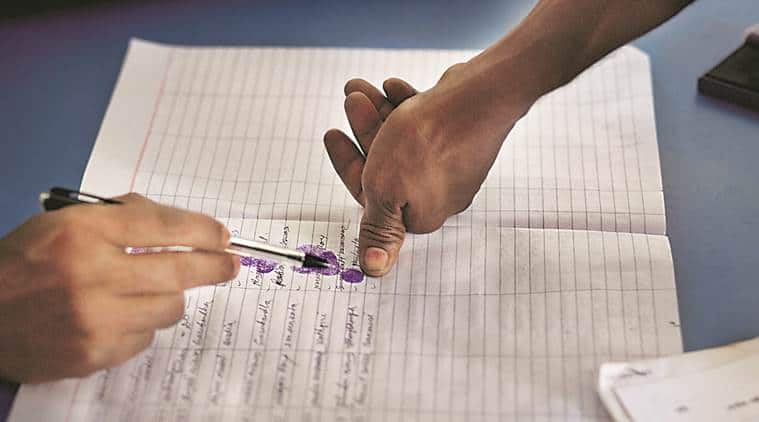 
Officials will be using a fresh software to examine inconsistencies in the orders, it is learnt. (File Photo)

In a development that could further delay the next stage of work on the National Register of Citizens (NRC) in Assam, authorities will re-check the rejection orders to be issued to those excluded.

Over 19 lakh people were excluded In the final NRC published in August last year. They would be able to file an appeal for inclusion at the state’s Foreigners Tribunals only after the rejection order is issued. The rejection order will spell out the specific reason for exclusion.

“We have found some orders to be faulty. The reason why a person has been rejected should be correctly written in the order. We found in many orders they are not. We have to be sure why a person was rejected,” Hitesh Sarma, state coordinator for NRC, told The Indian Express.

Officials will be using a fresh software to examine inconsistencies in the orders, it is learnt.

The Assam government had earlier said in the Assembly that rejection orders will be issued March 20 onwards. But in mid-March, NRC authorities put the work on hold, citing the Covid-19 pandemic.

“Rejection orders cannot be given out as of now. We cannot ask people to gather and collect their rejection orders because of the pandemic,” Sarma said.

He added that in the meantime, authorities have decided to correct whatever inconsistencies there are in the orders.

The Sarbananda Sonowal-led BJP government in Assam has maintained that under no circumstance will it accept the NRC in its current form. The state government has demanded a re-verification of 20 per cent of people included in the NRC in border districts and 10 per cent elsewhere — a demand the apex court had disregarded earlier.

Asked what will be the position of the NRC directorate in the Supreme Court on re-verification, Sarma said the next date of hearing in the court is not yet fixed and declined to comment further.