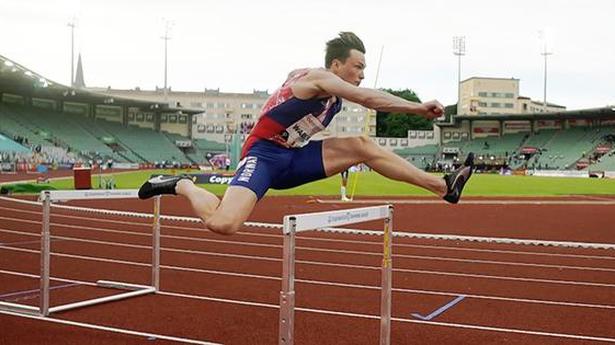 Organisers chose to innovate as track and field returned with its first international, multi-discipline event, dubbed the ‘Impossible Games’.

Warholm clocked 33.78s in the rarely-run event, pulverising the previous record of 34.48s set by Briton Chris Rawlinson back in 2002. Warholm’s feat was all the more impressive as he ran the race solo. Setting off in his favoured lane seven, the 24-year-old went through his normal pre-race routine before blasting off, keeping his rhythm early on before producing a blistering push for the line.

“I’ve been building a lot of Legos, yeah, and also I’ve been training almost just as much, putting in training and trying to become even better,” said Warholm of his time away from the sport.

“Of course, I missed the crowd and everything but it’s awesome to be back. It’s better to do it alone than to not do it at all.”

There was more home success as a Norwegian team led by the three Ingebrigtsen brothers triumphed in a 2000m race over a strong Kenyan quintet led by Timothy Cheruiyot and Elijah Manangoi, world 1500m champions in 2019 and 2017 respectively.

The Kenyans were running simultaneously via video link from Nairobi, where they had to contend not only with the city’s 1,795m altitude, but also wind and rain.

The Ingebrigtsens, Filip, Henrik and Jakob, maintained an early lead over the Kenyans, the latter two brothers taking up the running from the 1km mark.

The Frenchman had already jumped from his own back garden — off a much-shortened runway — and his effort was broadcast in line with his Swedish counterpart’s.

But Duplantis benefitted from proper track conditions to win, clearing 5.86m at the third attempt. Lavillenie failed on his three efforts at the same distance.