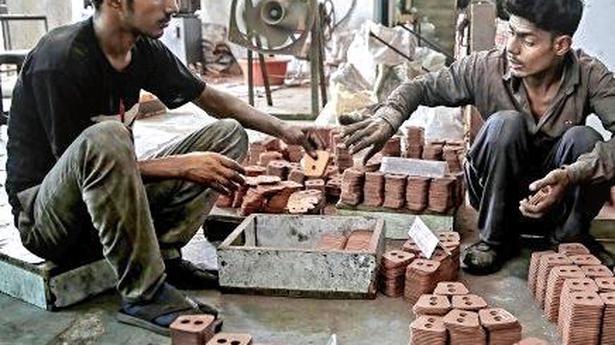 Revenue for the domestic auto component industry is estimated to decline 14-18% this financial year due to weak demand from carmakers as well as from the replacement market amid low consumer sentiment due to the pandemic, rating agency ICRA said on Friday.

“The industry has been affected by the pandemic and continuing lockdowns, directly impacting the economic environment and consumer sentiment,” the agency said in a statement.

“Exceptions are mission-critical replacement components like batteries and tyres; [these] will be less impacted. ICRA research expects the recovery to be gradual and slow-paced, with the industry pinning hopes on revival in rural income to support growth in the festive season and thereafter.”

The decline in the current year will follow a sharp 13-15% decline in revenues in FY2020, it said.

As per ICRA, overall automobile volumes are expected to decline 15-16% in FY21, with passenger vehicle demand declining 22-25%.

While the year is predicted to be tough for commercial vehicles, two-wheeler sales are likely to benefit as people prefer personal transport and are wary of public transport. The aftermarket component demand accounts for about 18% of the industry turnover, Subrata Ray, senior group vice-president, ICRA, said.

Mr. Ray added that though auto and auto component production had partly restarted across India since early May 2020, production levels continue to be sub 30%. Also, lockdown in auto component clusters, such as the current one in Chennai and the ensuing supply chain disruption, will keep the industry’s recovery on the slow lane. Shortage of labour and productivity loss because of social distancing will also impact output.

ICRA noted that the aftermarket performance in FY20 was impacted due to continued credit crunch across the channel inventory, a tight financing environment and overall economic slowdown leading to lower vehicle movement.Further, nearly 45 days of sales were lost in Q1 FY2021 because of lockdown; the weakness was felt for the rest of Q1 FY21. The liquidity in the market is tight and consolidation in the aftermarket space, with some smaller retailers facing insolvency is expected. Overall, FY21 is expected to be sluggish for the aftermarket.

Exports too will be affected due to fall in European PV sales in calendar 2020 as a result of demand squeeze caused by weakening macro-economic scenario; and partly due to the pandemic, ICRA said, adding that vehicle sales in the USA are also expected to decline in calendar 2020 due to pandemic.

“On a positive note, accommodative commodity prices will buffer the impact of negative operating leverage to an extent. Prices across all commodities are expected to remain soft in FY21,” it added.