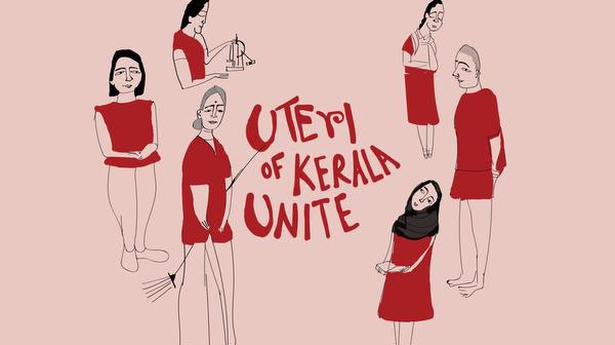 Akhila (name changed) was sixteen years old when she menstruated for the first time. For at least four years before that, she had been facing questions from her relatives and friends on why she did not have periods. Even at 20, her lack of feminine curves is a butt of jokes among friends. So when the volunteers of The Red Cycle talked about menstruation as a process of a girl turning into a woman, Akhila could not hold back her confusion any more.

“It was a realisation for us too, that menstruation meant much more than womanhood or motherhood,” said Sradha Sreejaya, Director of The Red Cycle. “And also that a large majority of girls and women were clueless about what they were going through”.

Ms. Sreejaya is now project adviser to Uteri in Kerala Unite (UKU), a campaign launched on July 1, that aims to create public opinion and sway the policy towards making menstrual health education mandatory in State schools from Class 6. “Menstruation is not part of the school syllabus until Class 8. Even then, it is just a vague mention and is of little help to girls,” Ms. Sreejaya said.

Many boys and men do not understand why it is so important, says Arjun Unnikrishnan, another director of The Red Cycle and project head of the UKU, explaining the need to impart the science of menstruation to boys as well.

The UKU is a year-long campaign that intends to sway the public opinion on social media in its favour, in the first phase. “In the absence of scientific information, children usually get information on menstruation from either home or friends, who may be misinformed and ultimately confuse the child,” Mr. Unnikrishnan said.

The UKU aims to create a safe space for menstruating girls in their school environment where they could openly discuss their problems or seek help from a teacher, he added.

The Red Cycle has been holding menstrual health awareness classes in schools and colleges for half a decade and feels it is high time the schools stopped depending on external agencies like them for such classes. “The teachers themselves should handle such classes. It is necessary to create a support system for menstruating girls in schools,” Ms. Sreejaya said.