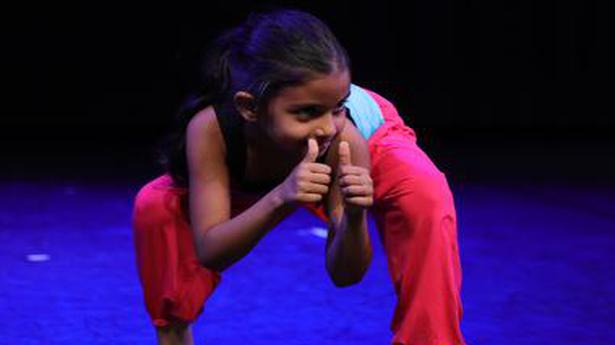 Jayachandran Palazhy, the artistic director of Attakkalari Centre for Movement Arts, reminisces about a movement arts project in 2000. He was in Arizona, then. He had to collaborate and perform duets with choreographers from London and Mumbai. For the first time in history, one could see and talk to another person in a different country. The internet made this possible and the project was to see how effectively this medium could be used for dance. “It was the early days of the internet. There would be a delay of six to seven seconds on video calls. So, it was challenging to communicate, of course,” Palazhy recalls.

He didn’t foresee, then, that 20 years later, the same medium of communication, which was used as an experiment, would be necessary for movement arts.

Attakkalari Centre for Movement Arts in Bengaluru was shut before the Indian government announced the first nation-wide lockdown to mitigate the COVID-19 pandemic. The institution has, ever since, made all the classes online for its students. It has also come up with new programs for the public.

During the first phase of the lockdown, the centre came up with a series called Body Matters — a 20-minute live session on Facebook that involved yoga, contemporary dance, kalari, and bollywood dance. According to Palazhy, it had over a 1000 participants. He is planning more free sessions on movement art on weekends.

A two-week online summer camp for children and Mature Movers, a programme for people who are 40 and above, are ongoing. Of the former, Palazhy says, “It is fascinating to see children who are three and four going near the screen and asking questions to their instructors. We found many children to be shy of their bodies initially. But one of the first things we teach is how to inhabit their bodies comfortably and accept it.”

Attakkalari has conducted several programs for adults before Mature Movers. But the digital medium, Palazhy says, has its own conveniences and constraints. “We have been able to reach out to people from different parts of the country. And, especially with participants from Bangalore, the worry of getting stuck in traffic to attend classes isn’t there,” he jokes. “But it is difficult for some of them to follow the instructor’s movement on the screen.”

“The two-dimensional screen, definitely, is a limitation. To share a space with others, sweating it out together is always better. The online space is, nevertheless, a wonderful domain that lets us reach out to more people. We might not entirely migrate to this space. But we will continue to use it more often, even after things are back to normal.”