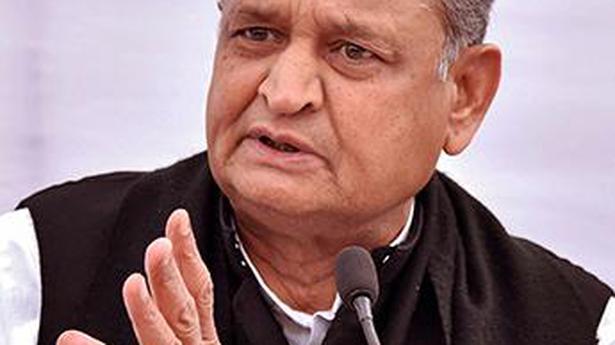 Opposition BJP legislators on Friday gave a notice of breach of privilege to the Rajasthan Assembly secretary against Chief Minister Ashok Gehlot for his statement over alleged horse-trading of MLAs ahead of the Rajya Sabha elections. BJP MLAs Ramlal Sharma, Ashok Lahoti and Madan Dilawar handed over the notice to Assembly Secretary Pramil Mathur.

Leader of Opposition in the Assembly Gulab Chand Kataria said it is now for the Assembly Secretariat to decide.

On June 22, independent MLA Sanyam Lodha had given a notice of breach of privilege while accusing BJP state president and MLA Satish Poonia of tarnishing the image of 23 independent MLAs. Mr. Poonia had later described it as a political propaganda.

Mr. Poonia said, “Lodha acted as an agent of the Congress. Mr. Gehlot had said that ₹35 crore was offered to the MLAs for the Rajya Sabha elections. Everything I said is the basis of this.”