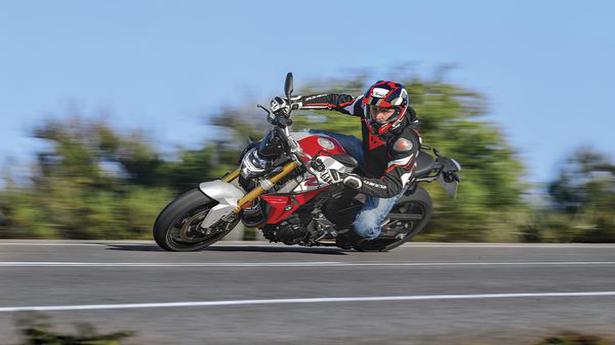 BMW has just launched its new F 900 R and XR in India and the bike you are reading about here is the R. This naked roadster is now the most affordable, big BMW in India. Despite that, the F 900 R makes a lasting first impression because it looks like it is all set to punch you in the face. The 900’s angry, broad-chested stance is far more aggressive than the F 800 R it replaces — a bike that never came to India, but was famous for being stunt legend Chris Pfeiffer’s weapon of choice.

With its fat fuel tank and large side panels, the F 900 R looks more like a litre-naked than the Triumph Street Triple/KTM 790 Duke rival it actually is, and this will no doubt appeal to many big-bike enthusiasts in India. Strangely, the rear section is quite bland in comparison with the rest of the bike, aside from an interesting-looking exhaust.

Swing a leg over and you will appreciate the reasonable, 815mm seat height, as well as the crisp 6.5-inch TFT display, which is part of the standard equipment. This one brings in more functionality over the screens in the 750/850 GS, and it even gets an S 1000 RR-style dynamic display with a lean angle indicator. The display is controlled via BMW’s peculiar scroll-wheel system on the left handlebar, which never feels instantly intuitive, but is something you will eventually get used to.

The F 900 R’s riding position is more aggressive than I was expecting. The bar is set at a reasonably sporty position, but the foot pegs are quite high up. This results in a riding position that is certainly more committed than on something like a 790 Duke. That does not mean it handles like the KTM though, and while the F 900 R is effective, it feels a lot more like an old-school roadster. Where the KTM and even the Triumph Street Triple are deliciously light and nimble on their feet, the BMW is more front-heavy and needs to be pushed around. The bike feels as big and heavy as it looks, and that is no surprise because it tips the scales at 211kg.

Once you get the hang of how it wants to be ridden, the F 900 R is quite a bit of fun. We rode the top-spec model, which is not coming to India, but all of its features can be purchased as optional extras in our market. These features include two more riding modes over the standard Rain and Road, namely, Dynamic and Dynamic Pro. Switching to Dynamic Pro firms up the electronically adjustable rear shock (optional in India) and sharpens up the throttle response. Meanwhile, the 43mm USD fork is non-adjustable on all models, but the setup is balanced quite well. 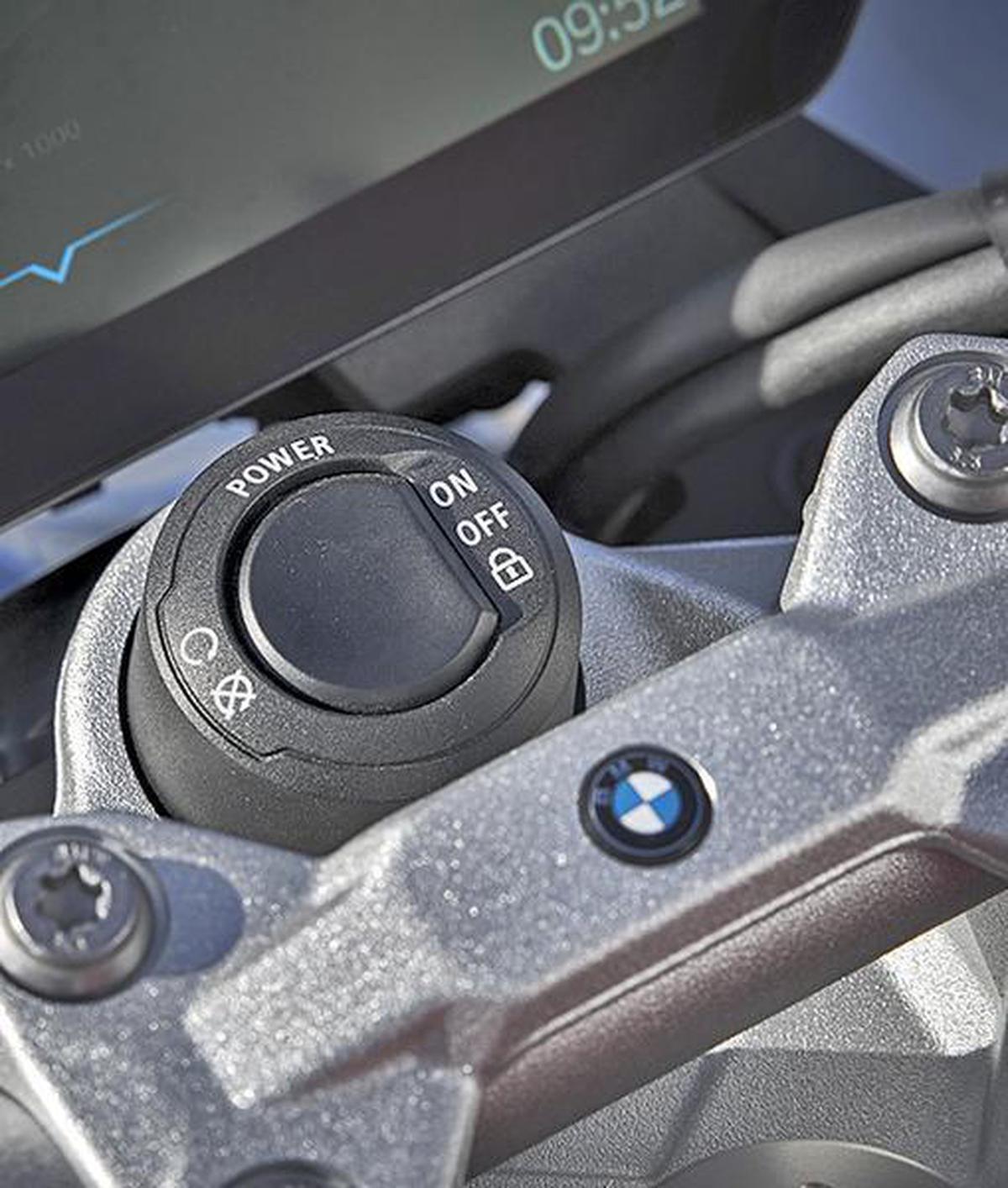 The first set of roads we hit were narrow, occasionally gravelly and peppered with sudden sharp corners, with unforgiving drops just a few feet away. The F 900 R was not very enjoyable here, partly due to the extra muscle required to change direction, but also because the ride-by-wire throttle felt a little abrupt, especially when moving from open to close. Once we got to the more typical wide, fast and flowing mountain roads of Spain, the bike felt much nicer. You could even call it fun, although like with most BMWs, you will silently applaud its talents, but never to the extent of shouting with sheer joy in your helmet.

On the faster roads, the F 900’s meaty midrange was something to appreciate. Its engine is essentially a bored-out version of the 853cc motor seen on the F 850 and F 750 GS models. Displacing 895cc, the new motor now makes 105hp, which is up from the 95hp in the 850 and 77hp from the detuned F 750 GS engine. Outright refinement is quite good at normal speeds, but a mild buzz does creep in as you approach the top of the rev ceiling. The up/down quickshifter is a familiar affair and it works well at high RPMs, but feels clunky at city speeds. The exhaust, meanwhile, produces quite a deep and pleasing note, and the sound tends to blend well with the look of the bike and the way it rides. 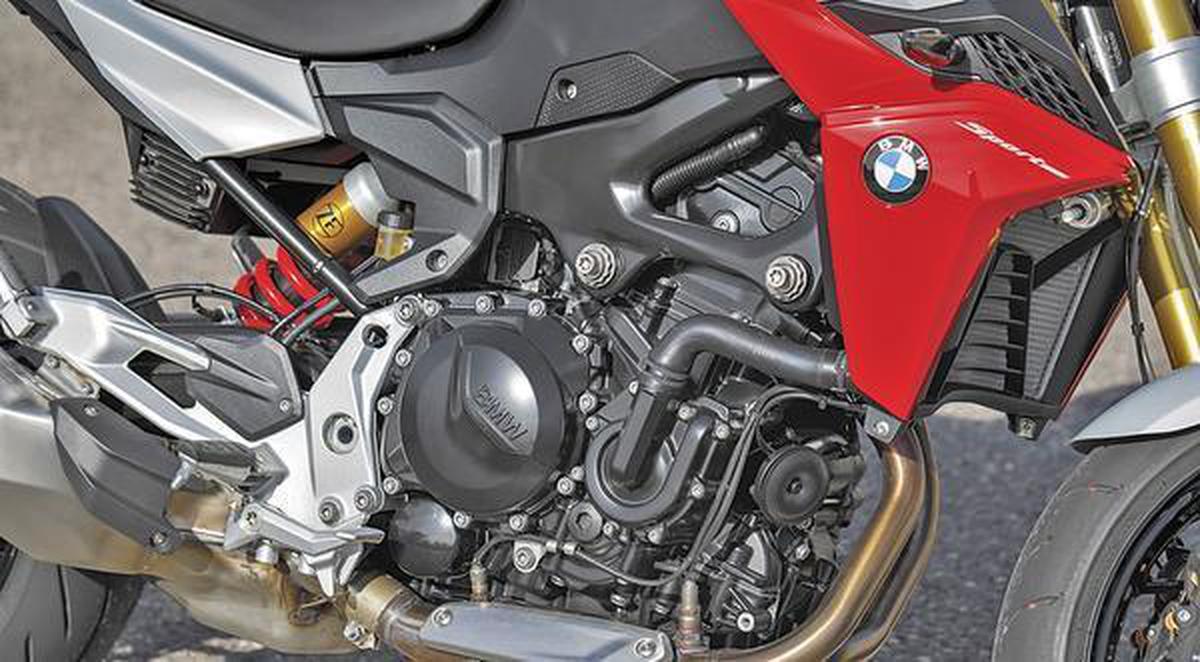 Keeping the F 900 R relevant for the younger generation is BMW’s free-to-download Connected App. This is one of the best motorcycle apps we have used so far, and it lets you analyse a huge amount of ride data. This includes areas such as maximum lean angles, maximum speed achieved at any particular point on the route, and even when the ABS was triggered.

For India, BMW is offering only the F 900 R in the Standard variant, which gives you basic ABS and traction control, LED lighting, two riding modes and TFT display. However, if you are willing to tick a lot of boxes, you can option many additional features, including cruise control, the up/down quickshifter, the electronic rear suspension, cornering headlamps, Dynamic and Dynamic Pro riding modes and keyless ignition. Naturally, all this will have a significant impact on the price.

Regarding the price, with a badge like that, it is no surprise that the F 900 R is not cheap, especially considering the fact that it comes as a CBU from Berlin. At ₹9.9 lakh (ex-showroom), it will face strong competition from soon-to-be-launched bikes like the Triumph Street Triple R and BS-VI versions of the KTM 790 Duke and the Ducati Monster 821. But like we mentioned in the beginning, this is now your most affordable ticket into the exclusive world of big BMWs, and that alone will be all that matters to some riders.

Previous articleSpotlight on the Nayaka
Next article‘The best meal of my life’: readers’ travel tips