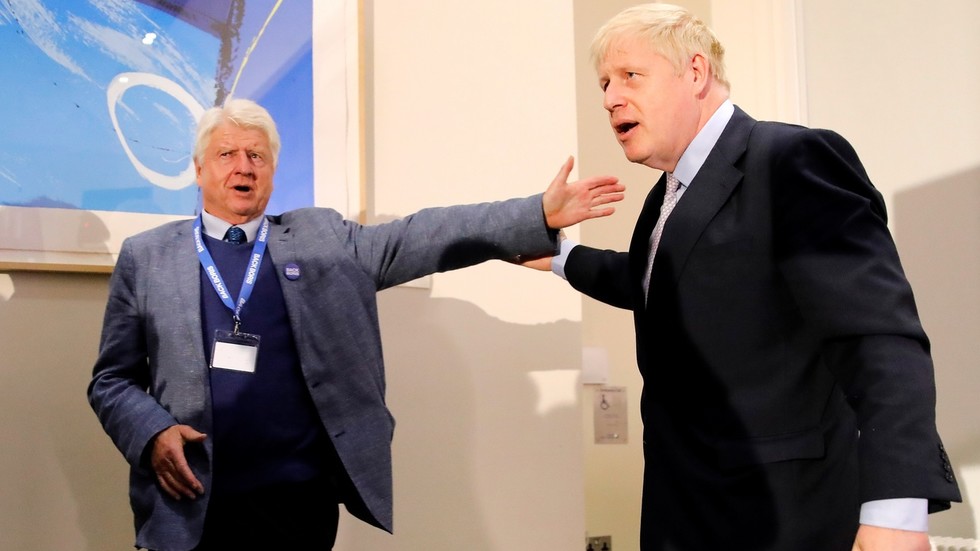 PM Boris Johnson’s father has reportedly jetted off to his villa in Greece despite the UK Foreign office advising against traveling abroad and the Greek government banning direct flights from Britain, prompting fury from Britons.

Stanley Johnson, 79, managed to circumvent the direct travel ban imposed by Greece by flying to Athens via the Bulgarian capital Sofia on Wednesday night, according to the Daily Mail. The former Tory MEP justified his trip by insisting he was on “essential business” trying to “Covid-proof” his property “in view of the upcoming letting season.”

Also on rt.com
‘If I had to go to the pub, I’d go’: PM BoJo’s dad defies own son’s advice ONE day after new Covid-19 measures (VIDEO)

The Foreign Office is advising British nationals against all but essential international travel. Meanwhile, on Tuesday, Greece announced it was extending its ban on UK flights until July 15.

Johnson senior’s flagrant show of disregard for guidance and rules implemented during the coronavirus pandemic has incited anger on social media. Many people suggested it was yet another example of one rule for the elite and another for ordinary British citizens, after the notable lockdown violation committed by the PM’s advisor Dominic Cummings.

One commenter tweeted: “Classism: elite vs peasants.” Kate Osborne, the Labour MP for Jarrow, hit out at the general behavior of the UK government during the coronavirus crisis. “They’re laughing directly in the face of people up and down this country,” Osborne fumed.

Dominic Cummings broke the lockdown rules now it’s @BorisJohnson’s father.One rule for the elite and another for everyone else it seems.They’re laughing directly in the face of people up and down this country. Shame. https://t.co/Mv4QOZ6zx3

Another commenter angrily suggested that the Greek government “should throw him [Stanley Johnson] out,” and branded him and “arrogant b**tard.”

Some wanted even more severe action to be taken against him, claiming he should be “arrested, charged [and] fined” before being deported back to the UK. It’s not the first time the PM’s father has caused controversy during the pandemic.

Just days before the UK entered lockdown, on March 23, Stanley Johnson suggested he would carry on going to the pub, even though the over-70s were being urged to stay at home.

It comes as the UK government is reportedly set to ditch its “air bridges” plan and replace it with quarantine exemptions for as many as 75 countries in Europe and beyond. It will mean passengers travelling from these countries will no longer be subject to the 14-day self-isolation rules.