Breathe Into The Shadows review: A preposterous web series 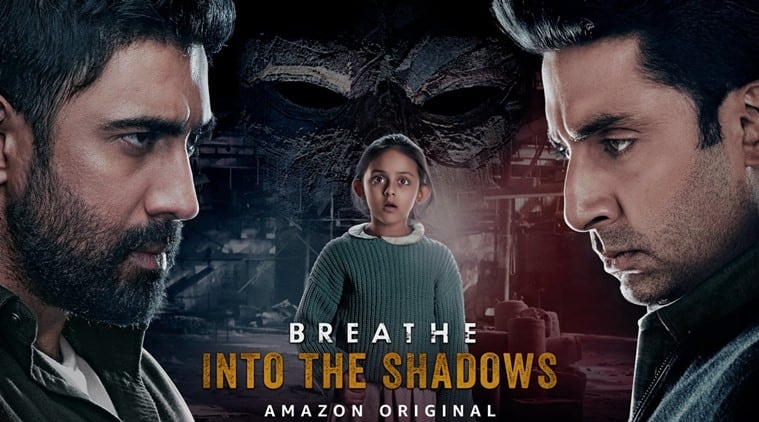 
Breathe: Into The Shadows is streaming on Amazon Prime Video.

A little girl is kidnapped in the middle of a birthday party. Sia’s distraught parents, Dr Avinash Sabharwal (Bachchan) and Abha (Menen), start losing hope as the police fruitlessly flail about and time passes by. And then one day, a menacing voice on a digital device announces that to get her back there will be a drastic quid pro quo, involving other lives.

As a premise, it is as bizarre as the one in Breathe Season 1, in which R Madhavan plays a father who turns into a killer to save his sick little boy’s life. The difference in Season 2, which comes riding on a tagline as well as a heavier star quotient, is that the plot holes are even more glaring, and the loose ends are even more visible: through the 12 episodes of about 45 minutes each, there are far too many cringe-worthy moments. How many times can you repeat a line? In the first couple of episodes, we hear different characters say, referring to the missing little girl: one month has passed, three months have passed, nine months have passed, all in quick succession, just so we don’t miss this crucial bit of information. Anyone heard of show, not tell?

There are some parts of the series which work better, especially those which topline Amit Sadh reprising his conflicted crime branch cop Kabir Sawant from the first season. He’s been transferred from Mumbai to Delhi, but his anger management skills are still as terrible, so he goes about losing his top whenever provoked. Alongside him, are the two other characters who make the most of their time on screen, Hrishikesh Joshi and Srikant Verma, as a tweedledee-and-tweedledum combo, faithful companions to our cop, whose fight is two-fold: against his temper, and a serial killer who is busy painting his victims as the ten heads of Ravan. Why? By the time we start getting the hang of the convoluted, confused logic, the reveals have begun. We know who the ‘Bad Uncle’ is (well, duh: alert viewers will twig on real fast) and the last few episodes stretch our patience even more, as the series rolls towards a predictable denouement.

Abhishek Bachchan has a few moments, but can’t get rid of the stiltedness that coats his character. Some attempt has been made to give his Avinash an interesting back-story, and again some of those parts are effective, as we see how childhood trauma can have a lasting impact on a fragile mind. Next thing we know, there’s psychobabble involving split personalities. Several characters show up to pad up the proceedings: women who love women, amazingly cheerful wheelchair users, astonishingly fearless ladies of the night when confronting people who could be psychopaths, a recovering drug addict with a dark secret, a competitive female cop who wants to get ahead, and so on. Off and on, there’s a watchable scene or two, and then, wham, back to the table, with lines such as ‘crockery ki dukaan mein khula saand’, a literal translation of ‘a bull in a china shop’. Nope, not kidding.

Somewhere in there, in all the roiling and toiling, are the bones of a crackerjack thriller. But this loosely written season 2, bouncing in and out of a kidnapping drama, and the creation and search of a psychotic killer, gets mired in its own muddles, and ends up being plain preposterous.