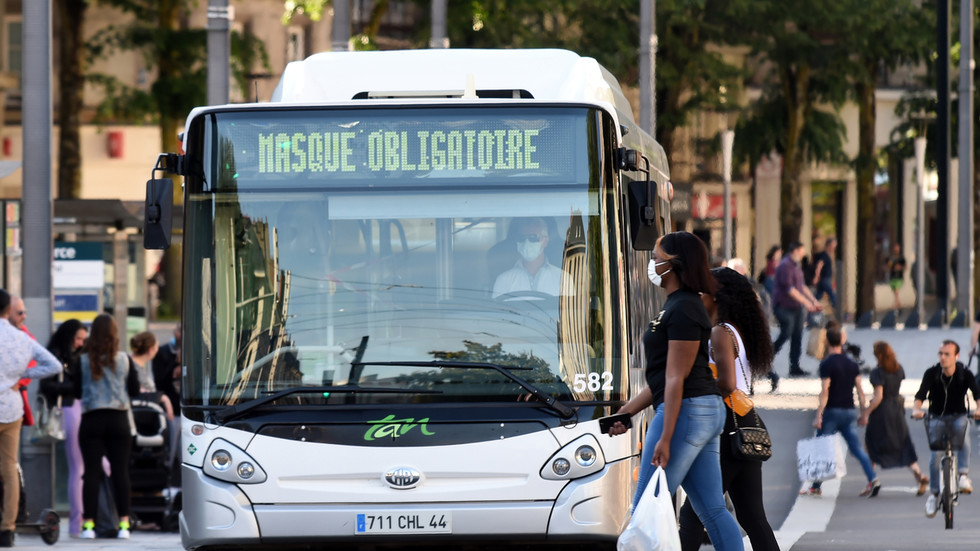 A bus driver in France was declared brain dead after being beaten by a group of people he had refused to let on board because they were not wearing mandatory face masks amid the ongoing Covid-19 pandemic.

Police in the city of Bayonne have reportedly arrested five people involved in the brutal beating.

France made face masks compulsory on public transport in April. The driver, who is in his fifties, abided by the rule and refused to transport a group of maskless people, who also reportedly had no tickets.

Also on rt.com
France to probe ex-PM & minister over handling of Covid-19 – prosecutors

This allegedly provoked them into violently attacking him. Some local reports also suggested that the driver had attempted to prevent the group from bringing a dog onto the bus.

Already unconscious when brought to the hospital, doctors declared the driver brain dead on Monday.

Bayonne Mayor Jean-René Etchegaray condemned the incident as a “barbaric act,” and city police are continuing the investigation.

The tragedy has prompted some local bus drivers to refuse to go to work in protest over the brutal attack and out of concerns for their own safety.

Efforts to impose rules surrounding the wearing of face masks have been met with fierce resistance by some – and the question of whether or not to wear one has turned into a wider cultural conflict. An Arizona woman was so incensed at Target for selling the masks that she took it upon herself to attack the display stand.

Woman from Scottsdale, AZ was so upset with Target for selling face masks that she attacked their display… (cont.) pic.twitter.com/Mwp3w2Iw7C

Despite having some success in containing the spread of coronavirus in recent weeks, Europe began seeing a rise in weekly cases at the end of June. This World Health Organization said the trend was a direct result of relaxing the lockdown restrictions that were helping to contain the outbreak.

Also on rt.com
Covid-19 cases surge in Europe FOR FIRST TIME IN MONTHS as end of lockdowns ‘accelerate transmissions’ – WHO