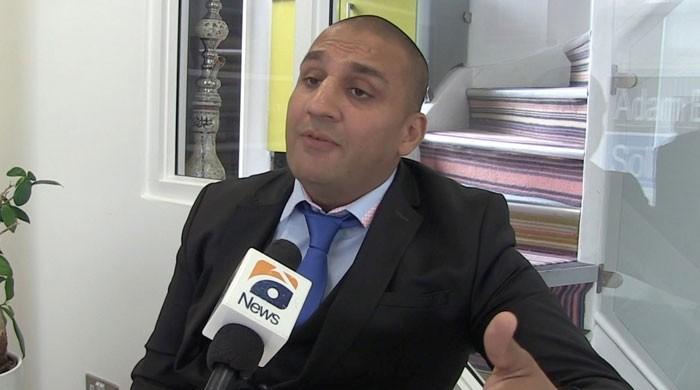 LONDON: British-Pakistani businessman and community leader Tarab Raja has said the Western world has recently woken up to the reality of Black Lives Matter but it also needs to pay attention to the “Kashmiri Lives Matter” campaign that has been going on for a long time.

In an interview with The News, the campaigner said the killing of George Floyd in America has infused a new sense and rationality into worldwide movements for rights and the issue of Kashmir should feature at the top because Kashmiris — like other victims of historic genocide, racism, and discrimination — have been suffering at the hands of Indian occupation for nearly seven decades, without any relief and justice in sight.

“It’s absolutely despicable the way Kashmiris have been treated by the Indian occupation government. The revocation of Article 275 effectively denied humanity and identity to Kashmir and Narendra Modi did it in absolute violation of local and international laws,” Raja said.

“In comparison, people in Azad Kashmir are living a free life of dignity and respect and enjoy complete freedoms. That’s the reason why Pakistan all the time invites international observers to visit Azad Kashmir at their free will while India has turned Kashmir into an open prison of seven million people, where no free international media or observers are allowed.”

Raja added that he has family members living in both Azad Kashmir and Indian-occupied Kashmir and they have shared with him how Indian occupation army not only rapes, kills, and terrorises Kashmiris in the occupied area but also terrorises civilians in Azad Kashmir through ceasefire violations across the Line of Control (LoC).

“This simply means that Modi wants to kill all Kashmiri Muslims to impose a Hindutva supremacist rule in occupied Kashmir. He believes in the genocide of Muslims, Christians, Sikhs and anyone else who doesn’t support his Hindutva extremist worldview.”

The community leader said the British ministers and leaders of the West have expressed support for Black Lives Matter but unfortunately they have said nothing about the lives of Kashmiris who get similar treatment on a daily basis from Indian occupation forces.

“Kashmiris are humans too. Their lives matter too. The UK, the EU and other Western governments must break their silence and speak about Kashmiris and condemn Modi.”

Raja added that the Western societies have for the first time found, since the outbreak of COVID-19, what it means to live under a lockdown but Kashmiris have lived under Indian lockdown for decades and more than a 100,000 have “lost their lives to Indian terrorism and there has not been a squeak in the world”.

He called on international campaigners for justice and peace to raise voice for Kashmiris and show international solidarity with the “most suppressed people on earth”.

“I request the campaigners to actively seek to change this and stand up with Kashmiris. If what’s been happening in Indian-occupied Kashmir would have happened anywhere else, there would be an outcry,” he noted.

The British-Pakistani community leader said Pakistan Army has done a phenomenal job in the region as well as internationally despite hostilities from India at all levels, bringing peace in the region, and making the world a secure place.

“Thousands of members of Pakistani security forces have embraced martyrdom in the fight against terrorism. The Pakistan Army has to face Indian aggression at the border and elsewhere all the time. The Indian army resorts to killings and firing on a daily basis at the border areas and the international community must take notice of this.”

“Pakistan Army is loved by its people for what it does to protect them and to protect others against aggression,” he added.

He said overseas Pakistanis invested a lot in Pakistan under PMLN’s government but that’s not happening anymore because of the worsening economic situation of the country.

The current government’s economic policies must change to attract investment from overseas, he said.