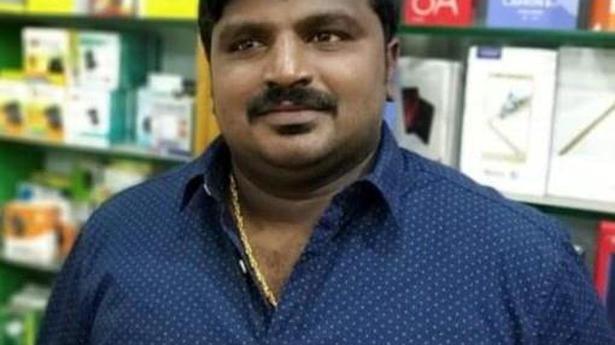 Different teams in the CB-CID continued with their probe with people who had information about the way the Sattankulam police treated trader Jayaraj and his son Benicks, who died in judicial custody in Sattankulam.

According to information available, the CB-CID sleuths had summoned a few of the friends of Benicks to appear before them and recorded their statements here on Sunday.

They had also collected inputs regarding the members of Friends of Police (FoP) who were at the police station at the time when the father and son were detained.

The police had already arrested five persons including former Sattankulam police station inspector Sridhar and others, who are facing murder charges. The investigation gained momentum after the High Court Bench in Madurai took up the issue suo motu and monitored the progress on a daily basis.

The CB-CID police said that they may seek custody of the five persons remanded in judicial custody soon. On Saturday evening, the five suspects were shifted to Madurai Central Prison from Paeroorani jail.

The services of the Friends of Police has been suspended in Tamil Nadu till further advice. Senior officers across the State instructed police stations to recall the identity cards given to the FoPs and not engage the volunteers in any police-related activities, police sources said on Sunday.

The move follows a controversy over FoP volunteers being engaged to beat up P. Jayaraj and his son J. Benicks in the Sattankulam police station on the night of June 19 after they were arrested.

Though the FoP, which has senior IPS officer and Director-General of Police (CB-CID) Prateep V. Philip as its Founder & Director, headquartered in Kodambakkam Chennai, issued a statement that there were no volunteers attached to the Sattankulam police station and the organisation had no role in the alleged custodial torture, the allegations continued to make news in various platforms. The organisation claimed that some volunteers were engaged for COVID-19 related work by the Sattankulam police and they had nothing to do with the FOP.

“The alleged involvement of FoP volunteers in the Sattankulam police station is under investigation by the CB-CID. We have received instructions from the police headquarters to recall the identity cards and not to engage FoP volunteers till further advice,” a senior police officer told The Hindu.

In a related development, the CB-CID booked the editor of Makkal Seithi Maiyam for allegedly publishing “morphed” photographs of the bodies of Jayaraj and Benicks.

Sources said that a case was registered against him under the provisions of Section 153A(1)(b) (Act prejudicial to the maintenance of communal harmony between different religious, racial, language or regional groups or castes or communities, and which disturbs or is likely to disturb pubic tranquillity) Section 469 (forgery) among others read with Section 66(D) (Punishment for cheating by personation by using computer resource).