‘Cheers!’: Farage hits back at claims he broke lockdown rules for pint in local pub 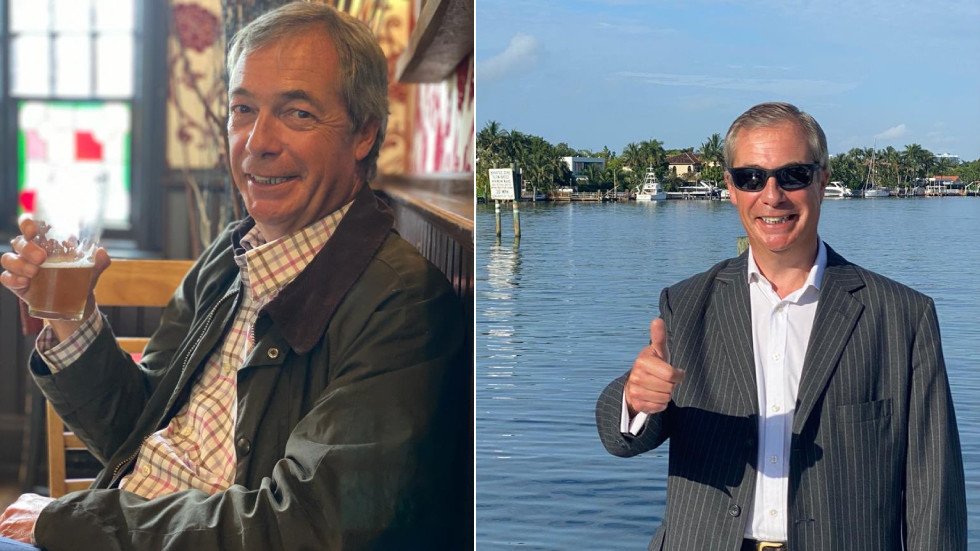 Brexit Party leader Nigel Farage has given short shrift to claims he broke UK quarantine rules by enjoying a pint in his local pub, seemingly less than 14 days after visiting the United States to take part in a Trump rally.

As pubs in England reopened on Saturday, following months of lockdown, the populist politician tweeted a photo of himself holding a pint, saying he was the establishment’s first customer of the day. “12 o’clock, first customer in. Love it,” Farage wrote.

The tweet was eagerly seized upon by Farage’s legion of enemies, who accused the eurosceptic of flouting the UK’s 14-day self-isolation period. The accusation was prompted by an earlier post appearing to show that Farage was in the US on June 20 – 13 days ago – to attend President Donald Trump’s rally in Tulsa, Oklahoma.

Liberal Democrat Member of Parliament Ed Davey even went to the trouble of writing to Kent Police to implore them to investigate whether Farage broke quarantine rules. “Millions of people have had to abide by the rules, and he should as well,” Davey said.

Shouldn’t you be self isolated for 14 days following your trip to America though?

Hi @metpoliceuk. Nigel is supposed to be quarantining. Have a word, please. Cheers! 🍺

The outrage saw “Tulsa” sneak into the UK’s Twitter trending charts, as die-hard Remainers made good use of the chance to give the arch-Brexiteer a kicking. A hysterical tweet from journalist Carole Cadwalladr read: “Typhoid Nigel strikes again. Less than 2 weeks after returning from US. Not yet out of quarantine. Illegally infecting a pub near you.”

Farage appeared to revel in the outcry, posting a defiant follow-up message claiming that his quarantine period had elapsed and he’d tested negative for the coronavirus. “To all those screaming and shouting about me going to the pub…. I have been back from the USA for 2 weeks and I have been tested – the result was negative. Sorry to disappoint you. Cheers!” the chirpy post read.

To all those screaming and shouting about me going to the pub…. I have been back from the USA for 2 weeks and I have been tested — the result was negative. Sorry to disappoint you. Cheers! pic.twitter.com/E8maRljGwS

Unsurprisingly, this didn’t satisfy the baying mob. Many accused Farage of lying, and pointed out that his negative test didn’t exempt him from completing the 14-day quarantine period. “The first claim is demonstrably a lie, as Farage was in Tulsa two weeks ago today. The second claim implicitly misstates the quarantine law in England: there’s no ‘negative test’ exception from the obligation to self-isolate for two weeks,” European Union expert Professor Steve Peers said.

Meanwhile, back in the pub, Farage is probably laughing into his pint.

Also on rt.com
Result of pandering to BLM? Farage blames Brixton riot on media and politicians ‘encouraging an anti-police organization’