Chennai gets a new platform for amateur theatre 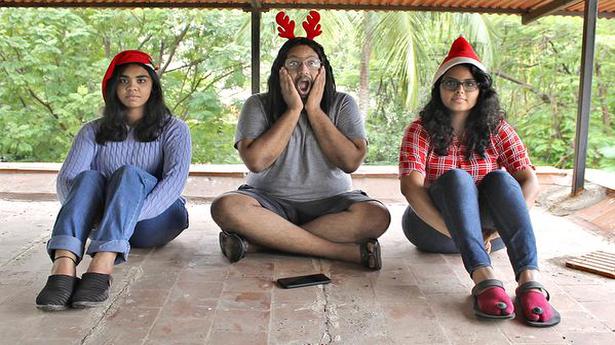 Back when playwright Thomas Manuel, the 2016 winner of The Hindu Playwright Award (for his script Hamlet and Angad), was still in college, he had written his maiden play. About death. Called, A Play About Death. Despite (or possibly because of) its amateur and irreverent nature, the tongue-in-cheek, scathingly sarcastic production saw succesful shows in Chennai’s Alliance Francaise after which it was shelved for nine years.

Now, it is being picked up and dusted in preparation for an encore, 10 years after it first saw the light of stage. Though it won’t be presented before 2021 (depending on what new, physically-distanced way of life we emerge out to, this year), it is still being considered the flagship performance of Chennai’s newest amateur theatre outfit — House of Theatrics.

Announced just this week, House of Theatrics is the brainchild of Thomas Davis. Thomas’ House of T has already carved a niche for itself in the city’s indie music, and the same team of three — including Anushka Subramanian and Mrithika Munukoti — will be helming House of Theatrics as well. Besides plays, they also plan to host storytelling sessions, monologues, readings, and a comic strip that features the Grim Reaper chatting with the audience. There will also be a string of workshops and competitions, that allow aspiring thespians to hone their craft, from script-writing to acting and direction, as well as other aspects of theatre.

Thomas, who was part of the 2011 A Play About Death, says, “About 99% of the plays and other productions that we plan to put up will have dark humour or dark themes; absurdist theatre but with dark connotations.” Another thing he states categorically, is that this outfit is meant for only amateurs and particulary for those with little to no exposure, with the intention of creating a mutually supportive fraternity of aspiring artistes, much like the one he has helped build in music.

“It is for people who are still not sure if they are meant for theatre. For people who are finding their way, who are looking for a stage to just check where they stand. Which is what House of T stands for as well.”

So over the next three weeks or so, expect to see the original cast and crew of both A Play About Death and Hamlet of Angad — many of whom have since grown into formidable names with followings of their own — send in snippets and curtain raisers of their old roles. As you read this, the team of House of Theatrics is also working on other Instagram-friendly events. Because even though the stage cannot be approached now, the show must go on.