Chennai musicians turn to online jams and collaborations during lockdown 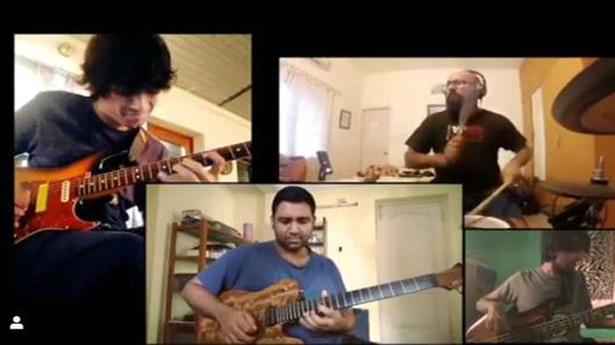 “Swat Kats and Johnny Quest had the coolest cartoon tracks of their time. The Swat Kats track can exist on its own, it doesn’t even need the cartoon,” says Vikram Vivekanand, guitarist of Chennai band Indosoul.

The band’s joyous fusions centred around Indian classical music are a far cry from the jet-set action movie vibe of Swat Kats, but that did not stop Vikram from adding his bit to Skrat frontman TT Sriram’s now-viral cover of the track. The cover — put up by Sriram on his Instagram page in June — was first picked up by city drummer Vinay Ramakrishnan, followed by Vikram, and then Conrad Simmons, each of whom added their own bit to both sound and video, to the delight of the ‘90s kids on their timelines.

This was among the more popular impromptu collaborations to have taken place in Chennai’s music circles since the COVID-19 lockdown first took place in March.

Virtual collaborations have been steadily underway for months, and have resulted in the release of numerous originals. But amid all that work, there has also been a smattering of good old, laidback fun. Cartoon covers, guitar challenges and more have continued to take place virtually, and though they are poor substitutes to the energy that is shared when musicians jam together, they are substitutes nonetheless.

Says Vinay over a phone call, “In all honesty, I just stole the track from Sriram’s Instagram, downloaded it and played to it. I sent the video back to him and it just took off from there. The track is fun to play, because of the nostalgia.”

It helps that the music circle is an interwoven one, he adds, “Vikram, Conrad and I have played together on different stages, with different groups and acts. Sriram has also been part of that same circuit, and along with many other Chennai musicians we have grown up performing together at various competitions and shows. So in terms of collaborations, everyone is up for it: it’s just whoever and whenever now.”

In fact, Vinay also set up a “lockdown band” called Wascally Wabbit with Vikram Vivekanand on guitars and Aravind Murali on bass. “We have done a rearrangement of Nirvana’s ‘Smells Like Teen Spirit’. In a few days, Wascally Wabbit will be sharing another cover/rearrangement featuring Aum Janikiram (from the band Blues Conscience) on vocals,” he says. 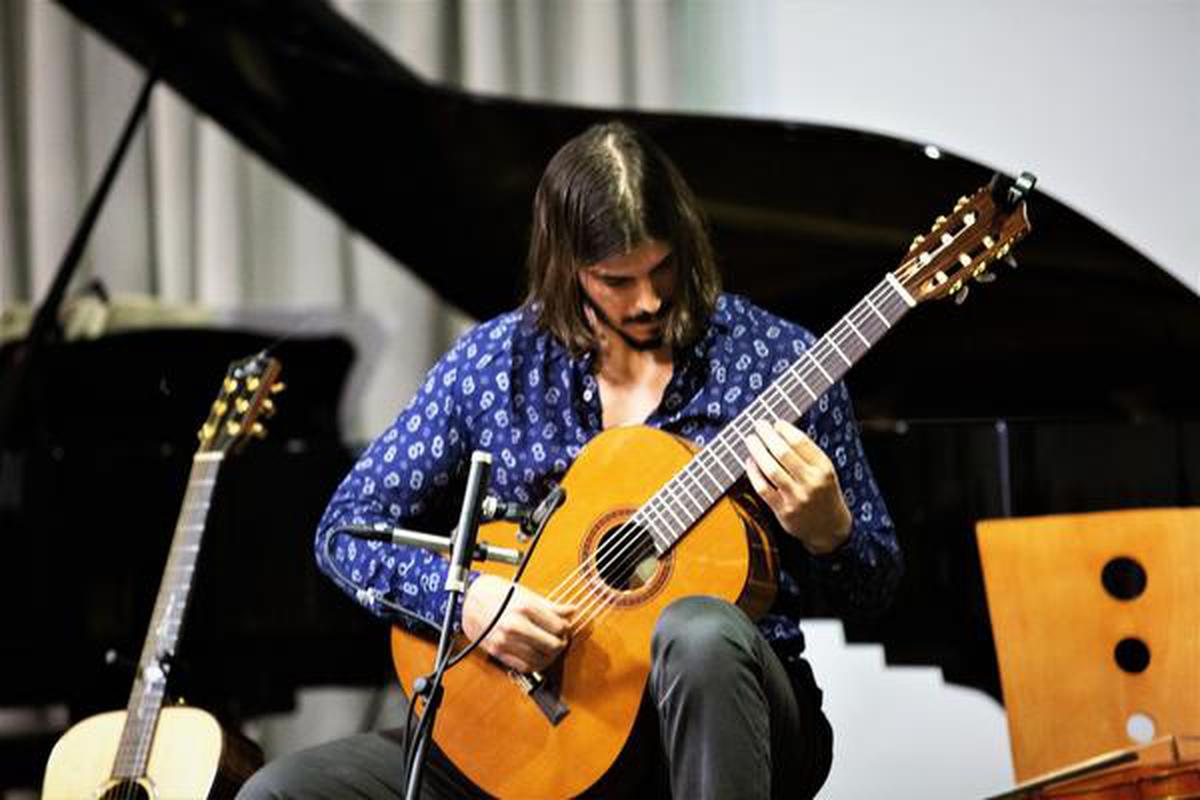 Another musician who has been keeping the fun going is Matt Bacon, part of the Western Classical Music faculty at KM Music Conservatory. Matt, along with Mumbai-based musician Lokesh Bakshi, put together a series of social media challenges on Instagram from March to June, organised by Procraft India, a brand of music instruments.

Says Matt via email, after a long day of virtual music classes, “The challenges ended with a collaboration between Lokesh and myself, organised through Procraft, who is our sponsor. It was great to have them on board, because we had several challenges — from arranging Beatles and Bollywood songs to ‘Ace the Cover’ to keep students inspired to practice. Each contest had a prize guitar and/or amp up for grabs, and we’re proud to announce that, despite the lockdown, most prizes have been delivered. The track we produced [in the end] was well received and made it onto an editorial playlist on Spotify India.”

Virtual collaborations are not new — Vinay’s #mottaijams have featured musicians from around the world since last year — but during lockdown, it seems to be helpful in keeping the creative juices flowing. Adds Matt, “Regardless of the lockdown situation, I’d still be doing these collaborations with Vinay and the Chennai crew because they are fun guys to play with! We released a Led Zeppelin cover with Orlando [Ambrose], who won the Nexa Music series, and it got tens of thousands of views, so we’ve got some ACDC and Guns N Roses coming next. Obviously, we’d prefer to be playing in person at Radio Room or Barracuda Brew, but in the downtime, this keeps us fresh on our set!”

Previous articleSensex snaps five-day winning streak, tanks 345.51 points
Next article‘It’s like an agenda and a witch-hunt are on’: Novak Djokovic on Adria Tour criticism