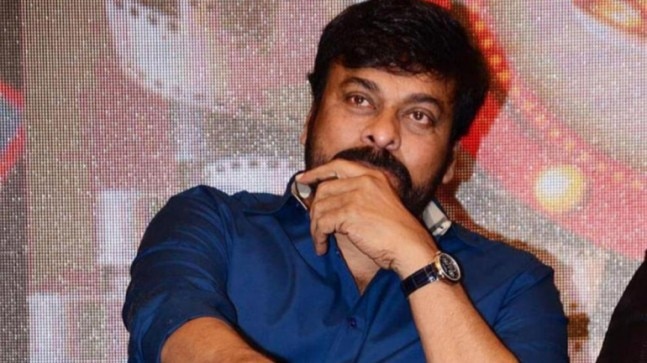 In a throwback video, Megastar Chiranjeevi was seen having a whale of a time with his granddaughter Naviksha. The two enjoyed listening to a song from Khaidi No 150.

Megastar Chiranjeevi, who made his social media debut in March, has been constantly sharing details about his day-to-day activities and advising people on how to keep themselves busy during the lockdown.

Today (April 28), the Sye Raa Narasimha Reddy star shared an adorable throwback video with his grandaughter Naviksha and it is already winning the internet. Chiranjeevi and Naviksha were seen making some cute moves to a song from Khadi No 150, sitting on their couch.

One-year-old Naviksha was insisting her grandfather to play You and Me song from the film and didn’t let him pause the song even for a minute. Chiranjeevi posted the video and wrote, “Always amazed @ the power of music.Just over 1 yr & how this little kid enjoyed the music & tried doing dance moves is sheer bliss. Paused & played music 2 see she was really loving it (sic).”

Kajal Aggarwal, who was also a part of Khaidi No 150, reacted to the video and said it’s the cutest on the internet. She wrote, “Omg! How adorable. Cutest lil groovester on the Internet (sic).”

Omg! How adorable. Cutest lil groovester on the Internet

Meanwhile, Chiranjeevi is currently working on a film titled Acharya, directed by Koratala Siva. Recently, the film was in the news when Trisha backed out of the project owing to creative differences. There were also reports that Telugu superstar Mahesh Babu will play a cameo in the film. However, Chiranjeevi denied it as baseless rumours.

IndiaToday.in has plenty of useful resources that can help you better understand the coronavirus pandemic and protect yourself. Read our comprehensive guide (with information on how the virus spreads, precautions and symptoms), watch an expert debunk myths, and access our dedicated coronavirus page.
Get real-time alerts and all the news on your phone with the all-new India Today app. Download from
Previous articleWhy virtual roadshows are here to stay | debt, capital, markets | FinanceAsia
Next articleA three-day virtual dance festival by Hyderabad-based Kuchipudi Meetup