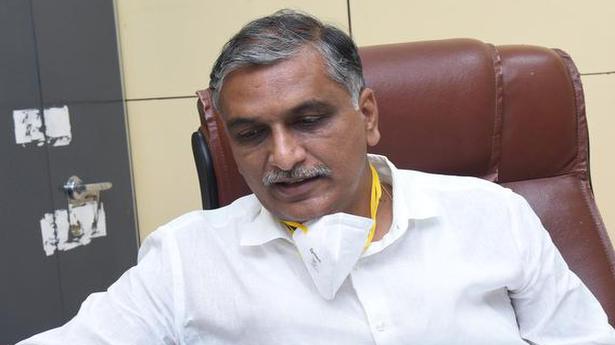 Finance Minister T. Harish Rao has directed the officials to compete the construction of Rytu Vedikas by July 31st and added that the government has been supplying sand free of cost for the purpose.

In a teleconference with the officials on Monday, Mr. Harish Rao said that despite support from the government the works are moving at a snail’s pace and it was not acceptable. “In some mandals the works are not progressing as we expected. If necessary we will not hesitate to suspend officials and elected representatives to see that work should not be hindered,” said Mr. Harish Rao. He has directed the officials to visit the spot and upload photos about the progress of work everyday without fail. The Minister has congratulated Collector K. Dharma Reddy for the follow up he has been doing to get the works done. He said that the government is ready to address the problems in executing the works if necessary.