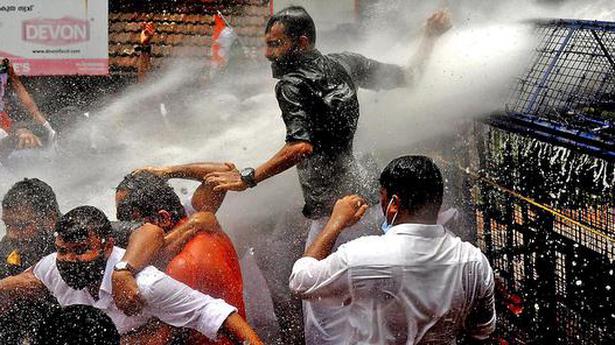 Anti-government agitators owing allegiance to the Congress and Bharathiya Janata Party (BJP) broke physical distancing strictures and staged separate demonstrations across Kerala to highlight the “proximity” of the Chief Minister’s Office (CMO) with persons wanted by the law on the charges of gold smuggling and anti-national activity.

Leader of the Opposition Ramesh Chennithala on Saturday asked the State Police to take cognisance of the attempt to smuggle gold concealed in an air freight addressed to an official in the consulate of the United Arab Emirates (UAE) here.

He said the offence had acquired a politically severe dimension after the preliminary investigation revealed that Swapna Suresh, a “respondent” in the case registered under the Customs Act, was a close confidant of M. Sivasankar, who was removed from the post of Principal Secretary to Chief Minister Pinarayi Vijayan after the scandal broke.

Mr. Vijayan could not absolve himself of the responsibility of appointing Ms. Suresh in a critical position in an IT department subsidiary that handled space and allied strategic sectors.

The woman had gained employment by allegedly furnishing fake credentials, including a forged degree certificate from an other-State university.

Mr. Chennithala said the woman was an almost permanent fixture in the halls of power and the moving force behind several State-sponsored events, including the Space Project.

The decision of the National Investigation Agency (NIA) to book her on the charge of anti-national activities reflected poorly on the government.

Mr. Chennithala hinted he would move the court if the police did not register a case against the suspect woman and her collaborators in the government.

Mr. Vijayan could not hide his government’s administrative and financial shenanigans under the cover of the pandemic. He could not expect the Opposition to turn a blind eye to the government’s wrongdoings. Mr. Chennithala slammed Mr. Vijayan’s attempt to blame new COVID-19 flare-ups on Opposition protests. He said the government would face more protests in the coming days. The United Democratic Front (UDF) would chart its further course of action on Monday. 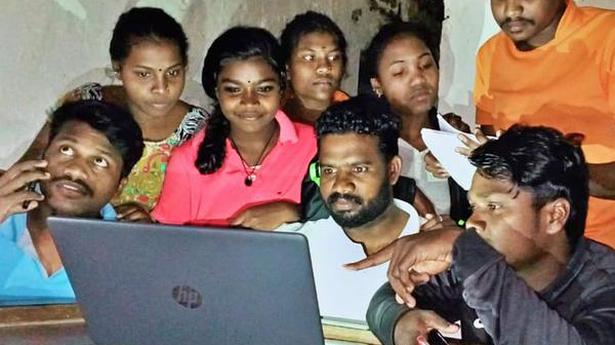 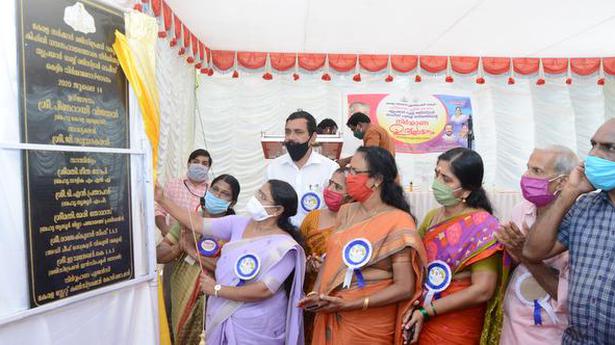