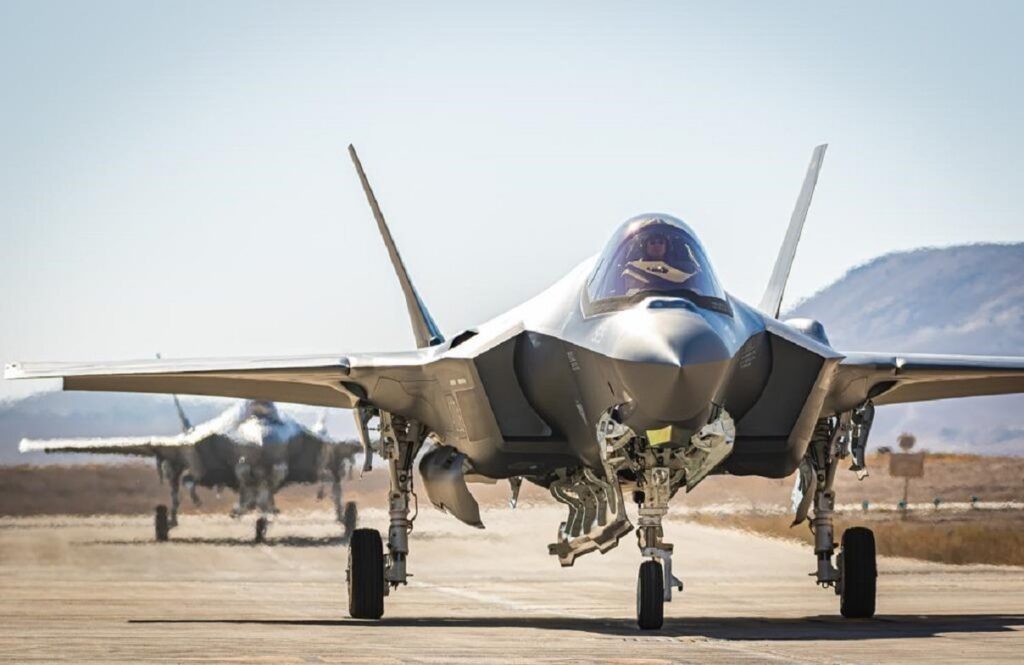 WASHINGTON: One of the dwindling points of bipartisan consensus on Capitol Hill is the continuing push to stop Turkey’s participation in the F-35 program. A group of Republican and Democratic lawmakers sent a letter to Defense Secretary Mark Esper demanding answers about why the country is still supplying parts to the program, months after the relationship was scheduled to be severed.

The senators said they’re “concerned about the pace” at which the Pentagon is working to replace the 900 parts Turkish companies provide the program, even after the US formally removed Turkey from the program in 2019 and ended training for Turkish pilots in response to Turkey’s purchase of the Russian S-400 air defense system.

The group, which includes Sens. James Lankford, Jeanne Shaheen, Thom Tillis, and Chris Van Hollen, say they “remain concerned about the direction Turkey is taking under the leadership of President Erdogan. From human rights violations in Syria to arbitrary arrests of Americans in Ankara to defense cooperation with Russia, Turkey is not behaving like a responsible actor or working collaboratively with the West at the level we expect from a NATO ally.”

The Pentagon had set a March 2020 deadline for replacing the Turkish contractor participation, but in January, undersecretary for acquisition and sustainment Ellen Lord said the US would let Lockheed Martin and engine-maker Pratt & Whitney move ahead with their contractual obligations with Turkish manufacturers for F-35 components. In the end, Turkish companies would continue to supply parts through Lot 14, with those planes to be delivered in 2022.

In the 2020 defense bill, Congress provided DoD $30 million to remove Turkey from the program, and made another $250 million available to find alternate sources for the parts, but the replacement effort has been more difficult than expected.

In May, Turkish Defence Industry Director Ismail Demir said “there was an understanding in the United States that nothing would be bought from Turkey for the F-35s after March 2020, but that approach is no longer there,” suggesting the global coronavirus pandemic pushed the deadline back. “Our companies continue their production and delivery,” Demir said, insisting Turkey remained a “loyal partner” of the F-35 program.

“It is clear from these statements that Congress intended for this transition to take place in a period of months, not a period of years,” the unhappy American senators wrote, but “based on recent revelations, it is clear that the Pentagon is not following its own timeline or the intent of Congress in this matter. We encourage you to reexamine the present approach and take action to ensure an expedited removal of Turkey from the manufacturing line as required by law.”

In its version of the 2021 defense spending bill released Tuesday, the House Appropriations Committee prohibited the transfer of F-35 fighters to Turkey, while adding money for 12 additional F-35 for a total of 91, versus 92 funded in 2020.

Previous articleThe dark side of Instagram’s wellness influencers
Next articleRule forcing foreign students to return home will encourage schools to reopen: US official