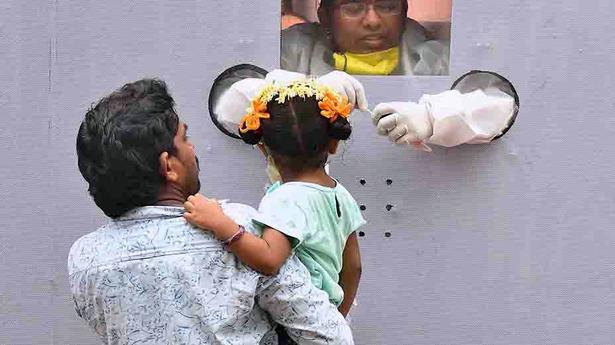 COVID-19 was seen as spreading fast across urban Kerala, resulting in multiple clusters and super spreader events. It had begun to show signs of disease transmission going out of control in the next few days.

Sounding this dire warning, Chief Minister Pinarayi Vijayan said on Thursday that if the number of daily new cases had crossed 300, it was highly likely that this could go up significantly.

On Thursday, Kerala reported 339 new COVID-19 cases, showing no let up in the increasing trend. With 149 recoveries also reported, active cases in hospitals stood at 2,795. Of the 6,534 cases reported, 3,341 persons had recovered.

After imported cases diagnosed in people coming into the State from abroad and other States constituted the major chunk of new cases, the trend seemed to be reversing to local ones.

On Thursday, while 191 out of 339 new cases were imported, the number of those spread through local transmission was 148. This included four cases among health care workers, one BSF jawan in Thrissur, a Defence Security Corps jawan in Kannur and two personnel of Indo-Tibetan Border Police at Alappuza.

Thiruvananthapuram accounted for 95 of the new cases, 92 of which had a local link. Of this, 88 were in Poonthura, where a super spreader event was driving transmission, leading to a triple lock down.

Mr. Vijayan said that a similar situation seemed to be evolving in Aryanad, in the district’s suburbs. Ernakulam, Pathanamthitta and Palakkad had a similar trend.

He said the current situation warranted stricter controls across the State on people movement, to stop super spreader incidents.

Andhra Pradesh was witnessing rapid spread. As of Thursday morning, the State had 1,555 fresh cases, the biggest single-day spike. Also, 13 patients died of the virus taking the toll to 277.

Of the total fresh cases, only 55 were imported ones, 53 being people from other States, and two foreign returnees.

Among 1,500 local cases, nearly 1,000 were reported in just five districts. The remaining were from eight districts. Chittoor reported 236 new cases while Guntur had 228, Visakhapatnam 208, Srikakulam 206 and Krishna 127 cases.

COVID-19 infections in Karnataka on Thursday touched 31,105, as the State reported 2,228 new cases and 17 fatalities. The death toll was 486. Among new cases, 1,373 were in Bengaluru Urban. Seven deaths were from Dharwad, two each from Mysuru, Kalaburgi and Hassan, one each from Raichur, Uttara Kannada, Tumkuru and Davangere.

(With inputs from Vijayawada and Bengaluru bureaus)