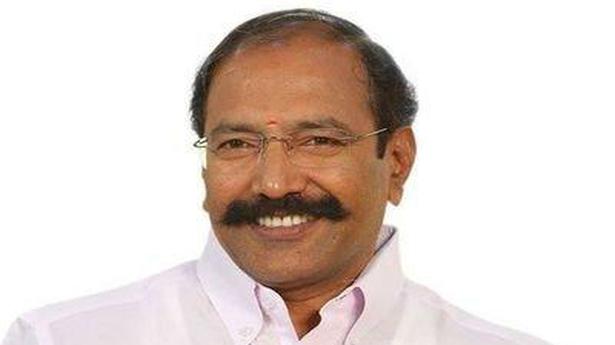 Mr. Thangamani is the second Minister in the State to have contracted the infection after Higher Education Minister K.P. Anbalagan, who has been undergoing treatment at a hospital since June 18.

Besides, four legislators each from the ruling AIADMK and the principal Opposition party, the DMK, have tested positive so far.

Sources said Mr. Thangamani visited a private hospital in Chennai and got himself tested. The test results returned positive, following which he was admitted as an in-patient on Wednesday.

A photograph released by the Department of Information and Public Relations (DIPR) showed him in close proximity to the Chief Minister. Chief Secretary K. Shanmugam and other senior officials were present at the meeting.

On July 8, the Minister skipped a meeting between the CM and Union Minister of State (Independent Charge) for Power R.K. Singh at the Secretariat.

On July 6, he had taken part in a meeting at the AIADMK’s headquarters, which was also attended by Municipal Administration Minister S.P. Velumani, Rajya Sabha MPs K.P. Munusamy and R. Vaithilingam, and former Minister Natham R. Viswanathan.