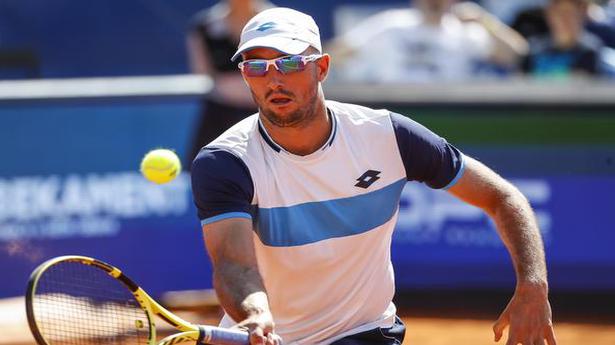 Another tennis player has tested positive for the coronavirus after taking part in an exhibition series organized by Novak Djokovic in Serbia and Croatia.

Viktor Troicki said Tuesday that he and his pregnant wife have both been diagnosed with the virus. The former top-20 player from Serbia played against Djokovic in Belgrade during the first part of the two-leg tour.

The top-ranked Djokovic was the face behind the Adria Tour, a series of exhibition events that started in the Serbian capital and then moved to Zadar, Croatia, last weekend.

He left Croatia after the final was cancelled and was tested in Belgrade. Those results are expected later Tuesday.

Djokovic has previously said he was against taking a vaccine for the virus even if it became mandatory to travel.

Grigor Dimitrov, a three-time Grand Slam semifinalist from Bulgaria, said Sunday he tested positive for the virus. Borna Coric played Dimitrov on Saturday in Zadar and said Monday he has also tested positive.

There were no social distancing measures observed at the matches in either country.

Previous articleIndia can reduce trade deficit with China by $8.4 bn: study
Next article#spreadheART campaign on Instagram has artists sharing messages of hope and healing