Country needs another Manmohan Singh for revival of economy: Pawar 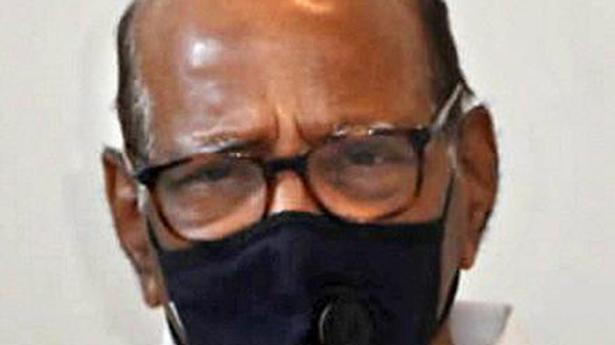 “When Dr. Singh was the Union Finance Minister, he gave new directions to the Indian economy. I was also part of that Cabinet. I credit Dr. Singh and late P.V. Narsimha Rao for the turnaround of the economy from the crisis,” Mr. Pawar said, adding Prime Minister Narendra Modi should also take the help of experts as the country needs another Dr. Singh.

He was talking to Shiv Sena mouthpiece Saamana, in the second part of a three-part interview. Sena MP Sanjay Raut interviewed the NCP president, who is only the third leader after Sena founder late Bal Thackeray and Sena president and Chief Minister Uddhav Thackeray, to be featured in the Marathi daily.

When asked about Mr. Modi calling him a political guru, Mr. Pawar said there is no such thing as guru in politics. “There is no dialogue between the Modi government and leaders of other parties. When Dr. Singh, Pranab Mukherjee, and P. Chidambaram were the finance ministers, they would constantly be in touch with experts and political leaders cutting across party lines to get their views on various issues facing the country. This is not happening now.”

Slamming Mr. Modi over his meetings and handshakes with Chinese premier Xi Jinping, the NCP chief said by creating a picture of camaraderie, you can’t resolve issues between the two countries. “Instead of striking, we should try to put international pressure on China through negotiations and diplomatic channels. China had turned not just Pakistan but countries like Nepal, Bangladesh and Sri Lanka against India.”

Mr. Pawar said Pandit Jawaharlal Nehru and Indira Gandhi are always blamed for their handling of China and Pakistan. “But, during the tenure of Nehru, India and China shared warm relations.”

Nehru was of the view that China would become a superpower some day and that India should maintain a cordial relation with it since tensions were not beneficial to either of the two countries, he said.

Nehru signed the Panchsheel treaty with China and there was peace in the region, the NCP chief said. “Unfortunately, the Chinese leadership took a different stand and there was a conflict,” he said.