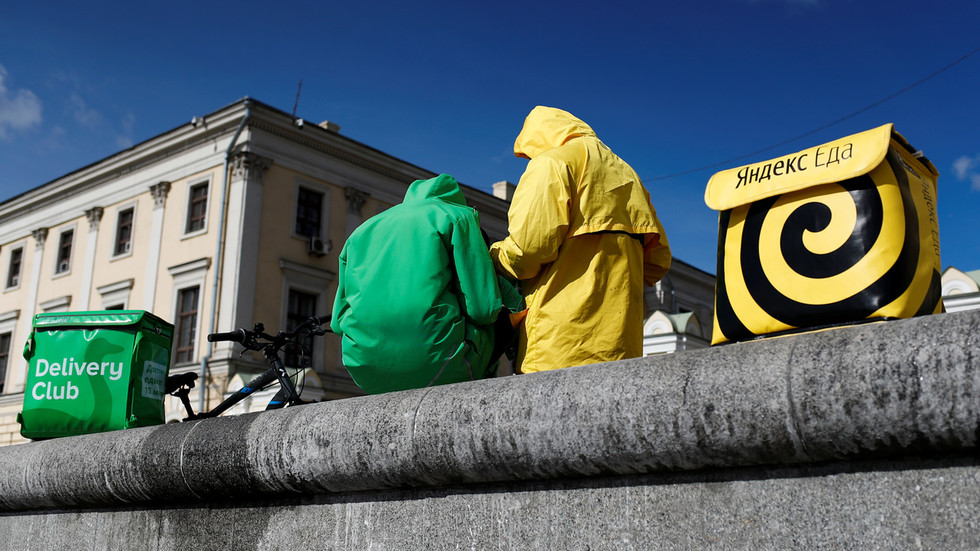 Couriers from two of Russia’s major food delivery companies, sporting their branded uniforms, were filmed engaging in a fight in Moscow… apparently to the disappointment of hungry customers waiting for their orders.

The ‘battle’ took place in a McDonald’s parking lot and involved the employees of Delivery Club in green and Yandex.Eda in yellow.

More than 30 fighters got involved at one point, with things getting so heated that the police were called in. The couriers dispersed as soon as the patrol cars arrived, but they were reportedly back at the same spot, settling their scores, shortly after the law enforcement left.

The two companies said they were “surprised” and “shocked” by the incident, promising to carry out their own investigations into what triggered the altercation.

Both Delivery Club and Yandex.Eda insisted that Moscow couriers, who largely come from Central Asian countries, were a united community and always helped each other even if they worked for different firms.

Apparently, the brawl had nothing to do with brand loyalty. Local media reports claim that fists began flying after one of the delivery men was fined by his supervisor for working without a face mask, obligatory during the Covid-19 pandemic.

The courier disagreed with the decision and tried using force to prove his point, with his colleagues getting sucked into the ensuing brawl.

Previous articlePremier League | City honour Liverpool – then hammer them 4-0, Spurs go down 3-1 to Sheffield
Next articleNorth Korea Traders Chafe as Reopening of China Border Put Off on New COVID-19 Fears