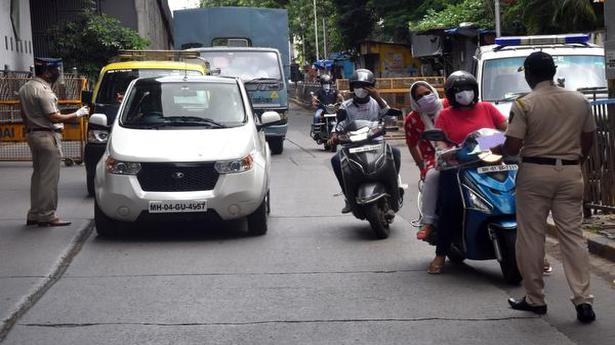 As many as 60 Maharashtra Police personnel, including three officers, have died of COVID-19 since the outbreak of the disease, an official said on Wednesday.

Out of the 60 victims, 38 were from the Mumbai Police force, he said.

So far, nearly 4,900 police personnel have been infected with coronavirus in the state, including over 2,600 from the Mumbai Police force, he said.

In the last 24 hours, 82 police personnel in the state were discharged after recovering from the disease. With this, more than 3,700 personnel have till now recovered from the deadly viral infection, he said.

As of now, there are 1,015 active cases in the state police force, he said.

Since the enforcement of lockdown, police registered 1,39,702 cases for violation of prohibitory orders in the state and 29,425 people were arrested in these cases, he said.

At least 290 incidents of assault on police were reported in which 86 personnel were injured, the official said, adding that 54 health professionals were also attacked.

Nearly 860 people were arrested for these assault cases, he said.

The state police also collected ₹9.95 crore as fine in various cases of violation, he said.

Previous articleShahid Kapoor’s ‘Kabir Singh’ crosses a billion streams on a popular music streaming platform
Next article‘Roger Federer all for the money’: Andrew Harris hits out at how tennis is handling the pandemic