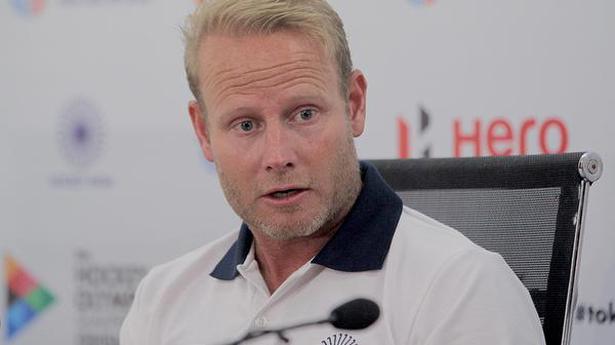 The coronavirus outbreak, which has forced the cancellation of several sports events around the world, has affected the preparation plans of the Indian hockey teams in this crucial Olympic year.

The women’s team tour to China, scheduled to be held from March 14 to 25, was cancelled due to concerns over the virus.

The women’s Asian Champions Trophy to be held in South Korea in June could also be hit.

A tour of the Netherlands and Germany next month could be the only chance for the women to gain match-fitness ahead of the Tokyo Olympics.

The men’s team, on the other hand, is set to play FIH Pro League matches in England, Spain, Argentina and Germany. It remains to be seen if these tours go on as per schedule.

Faced with circumstances beyond their control, the players have stuck to their training programmes to prepare as best they can.

“We would ideally like to play many official matches before the Olympics, but we can’t do anything about the coronavirus problem.

“The tour to the Netherlands and Germany — we hope it happens. We will just keep training hard,” India women’s coach Sjoerd Marijne said here on Friday.

“The Asian Champions Trophy is too far away to worry about now, but yes, we understand that it could be cancelled.

“For now, we will assume that it is on and carry on with our training. We have to adapt to the situation. There’s no point in complaining,” Marijne added.

The Indian men’s team coach Graham Reid echoed Marijne’s sentiments, stating that is business as usual. “We’re trying to stay on top of what is happening. We’re training as though everything will go on as normal,” Reid said.

Asked if he had concerns about travelling abroad for the FIH Pro League, Reid said, “Unless the FIH, World Health Organisation or the Indian Government tells us otherwise, we will assume that our tours are on.

“We have to be guided by experts. That said, you don’t want to be caught in a situation where you cannot return to your own country. That is a concern,” Reid said.

General health guidelines — avoiding handshakes, washing hands regularly and so on — are in place to keep the players free from illnesses.

“I don’t shake hands anyway,” Marijne said, before folding his hands to end the media interaction with a ‘Namaste’.