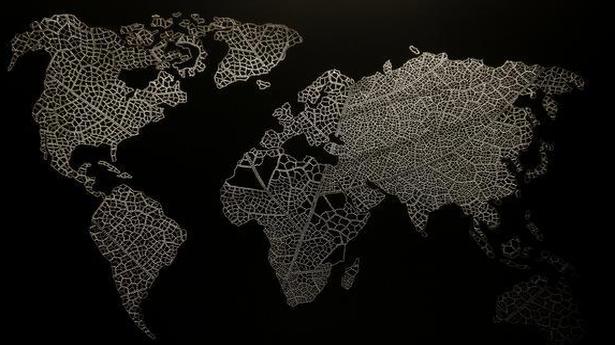 During the lockdown, it hasn’t been a smooth ride for artists. Those who had access to their studio and their tools gave wings to their imagination and turned their observations of the COVID-19 world into artworks. A few others plodded on with limited resources. Finished artworks couldn’t be shipped due to e-commerce restrictions. As Unlock 1.0 opens up possibilities, Hyderabad-based Relief Art Gallery (reliefartgallery.com) has launched its virtual exhibition titled Status Quo, featuring artworks of Amlan Dutta, Biswajit Roy, Gayatri Halder, Karthik V and Sandipan Acharjee.

“The artists are from Hyderabad, Kolkata and Bengaluru and the intention is to help a few artists who’ve been affected by the lockdown. These artworks will be directly shipped from the respective artist’s studio to the buyer who places an order,” says curator Vignesh.

In addition to the lockdown, the three artists from Kolkata also had to tide over the cyclone Amphan. A few of Gayatri’s artworks bore the brunt as water entered her studio. It was a tough time, she concedes, but looks forward to the response to her new series of works titled ‘Retentive’, for which she uses fine needle drawing on paper to depict how Nature, which has suffered damage over the years, began to heal during the lockdown. A painstaking work of hers has an image of world map created by needlework and is titled ‘Occupants’. “While we were home, Nature was recovering and I thought it was best to depict the world map in a texture similar to that of leaves,” says Gayatri. 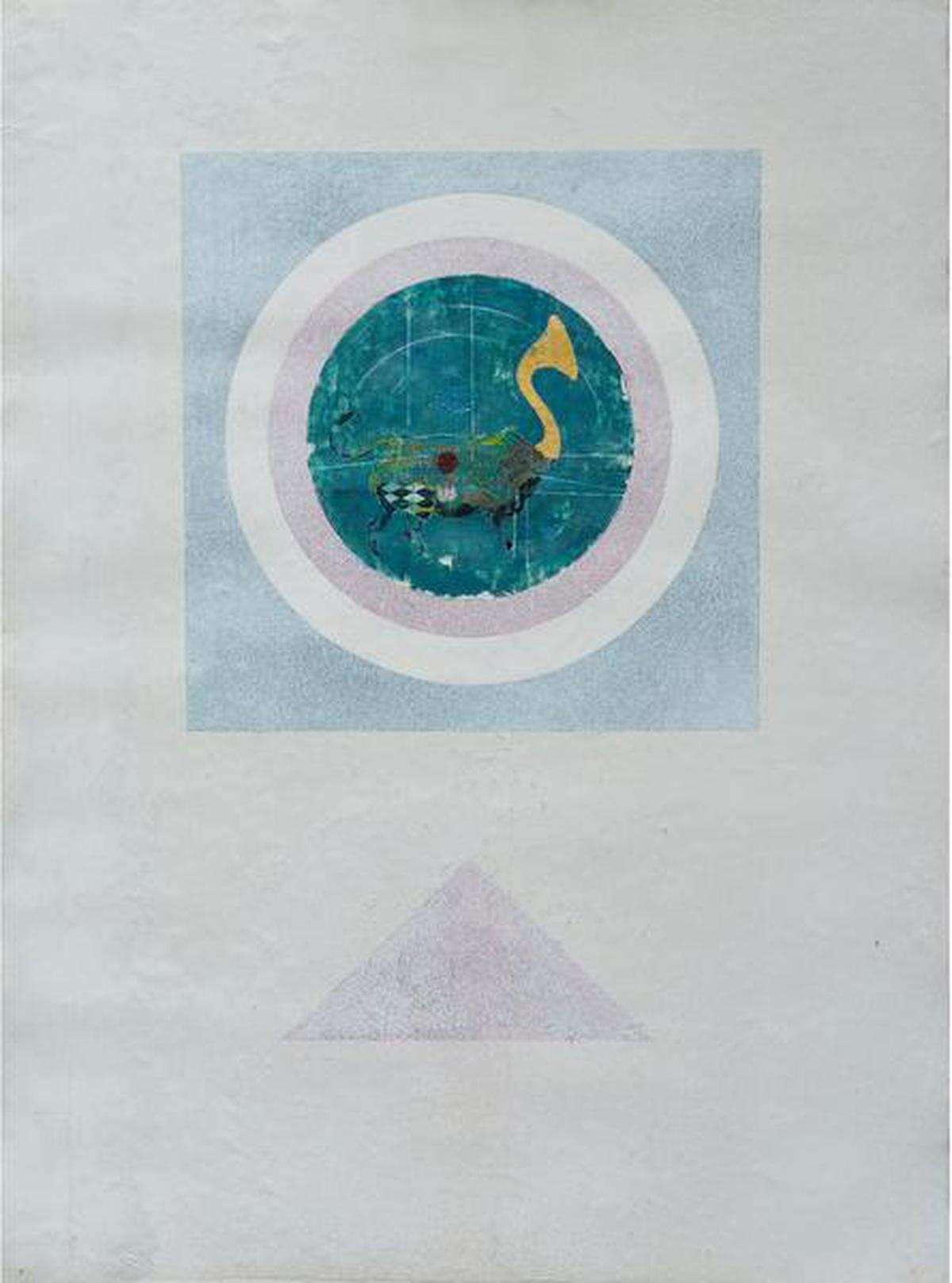 Sandipan’s series ‘Introspection’ turns the gaze on daily wage earners and vendors who had ensured smooth supply of essentials during the lockdown. Candid portrayals of vendors in the market, images of milk cans and empty grocery crates are some of the watercolour images by Sandipan. V Karthik uses the dry flower etching technique to explore themes as varied as the neighbourhood and mythology, with intricate details. Amlan Dutta’s tempera on paper spiritual series titled ‘Within Me’ is steeped with iconography of gods, goddesses and the mandala. Way before the COVID-19 lockdown, the migrant series has been an ongoing one for Biswajit, a native of Jalpaiguri in West Bengal who now lives and teaches art in Hyderabad. “My grandfather hails from pre-Partition West Bengal and we still have some family connect in Bangladesh. Some of my paintings portray my nostalgic memories of growing up in Jalpaiguri,” he explains. A jackfruit tree between two houses as shown in one artwork harks back to his childhood home. In another woodcut print, the artist presents the Bengal countryside. Biswajit’s aquatint series titled ‘Sunset’ also resonates with the present times through imagery of daily wage earners.

(‘Status Quo’ can be viewed on reliefartgallery.com till July 6)