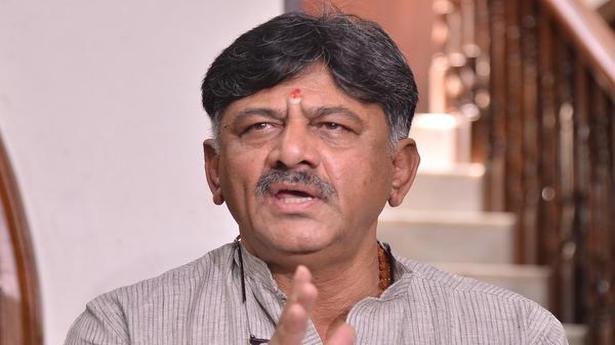 Congress leader and seven-time MLA D K Shivakumar on Thursday took charge as the president of the Karnataka Pradesh Congress committee in the presence of senior leaders of the party.

Dinesh Gundu Rao , MLA, and immediate past president, handed over the party flag to Mr. Shivakumar.

Senior leaders Siddaramaiah, Mallikarjun Kharge, and other MLAs and MLCs attended the programme.

AICC general secretary in-charge of Karnataka K C Venugopal spoke on the occasion and lashed out at the Modi government for poor handling of economic and health issues in the country.