Dance of the Swan 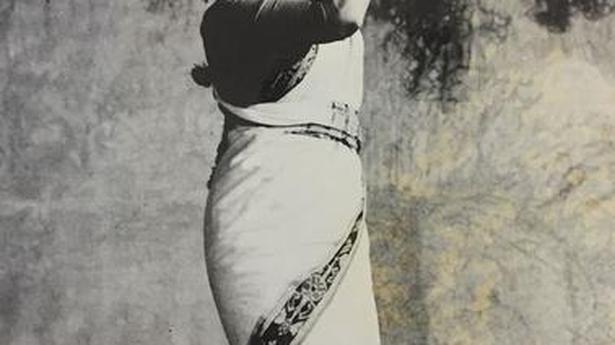 As part of a tour of Europe with Ram Gopal, who was at the height of his fame as the dancer who brought the soul of India alive on the stage, Kumudini Lakhia had been a part of the troupe that had performed at the Edinburgh Festival in 1956.

The Edinburgh Festival itself was creating its own legend. It had been started after the devastation that all but destroyed the cultural fabric of Europe. Rudolf Bing an Austrian impresario, who had fled the Nazi terror, and Henry Harvey Wood from the British Council searched for a way to create a forum for musicians and artistes who had been displaced. They were able to find support from Lord Falconer, the Lord Provost and Lady Roseberry in Edinburgh “To create a platform for the flowering of the human spirit.” It would include the creative energy of different art forms such as music, dance, theatre and later on cinema, to bring people together in a spirit of experimental ideas and forms.

Ram Gopal was himself of a mixed pedigree with a Mysorean lawyer father and Burmese mother. His dance teachers were also from what was then very strict and different disciplines from Kathakali to Bharatanatyam to begin with. He was soon attracted to Western influences in music, choreography, Indian costumes and jewellery that appealed to his essential sensuality. The first of these were under the patronage of the Mysore Yuvaraja’s palace during the famed Dasara festival time. By the time he reached the West, the dancers there were experimenting with mystique of the East and Ram Gopal appeared like a living embodiment of that particular moment when East met West in an ecstatic embrace. Or what the Swiss Carl Jung would call the primitive man or human being able to commune with the rational side. Or to put it in Carl Jung’s own words, “What is needed is to call a halt to the fatal dissociation that exists between man’s higher and lower being; instead, we must unite conscious man with primitive man.”

Certainly when he partnered Kumudini Lakhia with the rest of the troupe at Edinburgh for ‘The Legend of the Taj Mahal,’ Ram Gopal had become the Indian Nijinsky as he was often called. His sharp aquiline features resembled the shadow puppets of the Indonesian Wayang Golek, and he had a sculptural body, which he displayed to perfection. When he put on his elaborate headdresses and danced as Siva, or made the languid movements of ‘Death of a Swan’ resembling the flutter of a ballerina in Swan Lake, he could do no wrong.

Yet by the time he came to Geneva, Ram Gopal and his troupe had lost so much money in their travels that they were faced with deportation. His local Swiss impresario could not get an audience to fill the auditorium and after the first performance, the next few evenings were cancelled.

My father, K.V. Padmanabhan was the Indian Consul General at the time. There was nothing he could do but ask for the troupe to be flown back to India, courtesy of the Indian Government arranging for their fares by Air India. They had a place to stay, but nowhere to eat. So for the next couple of days we had at our home every evening for dinner, Ram Gopal and his troupe that included besides Kumudini Lakhia, the Kathakali dancer Satyavati Gopalan and several other young dancers and musicians.

It was then that we watched with delight how in the midst of what was a total disaster, Ram Gopal became as enchanting as the playful Krishna amongst the gopis of Vrindavan. We have a splendid mansion called ‘Riant Lac’ or Laughing Waters overlooking Lake Geneva below. Etched against a large window pane stood a bronze Dancing Nataraja with the lake and sky behind. This became the backdrop for impromptu dance sessions that the troupe performed every night before they had a simple dinner of Indian food cooked by our South Indian cook, Ramunni.

And that’s how I shall remember both Ram Gopal forever an enchanter of beauty and Kumudini Lakhia floating by his side swanlike as the spirit of love.