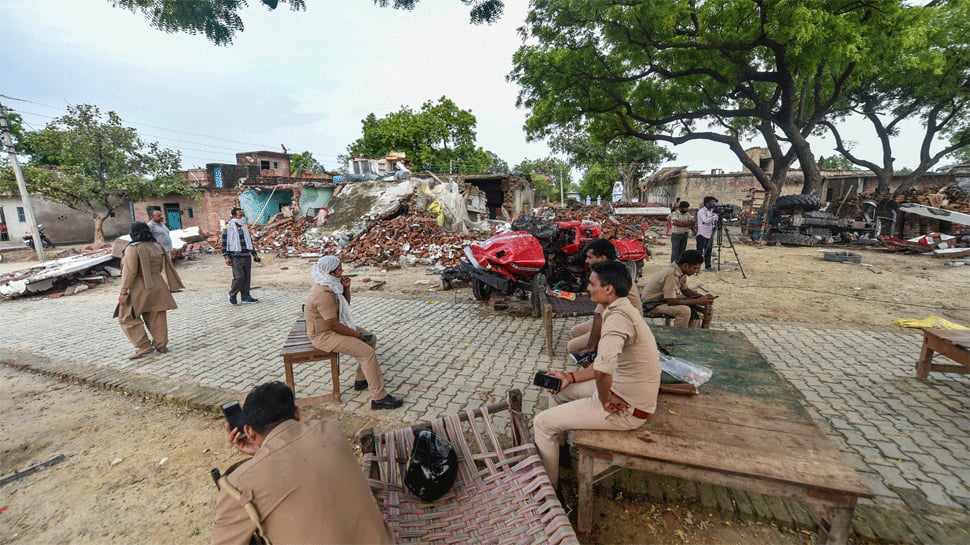 Kanpur: The Uttar Pradesh Police on Saturday (July 11, 2020) arrested two more people with criminal backgrounds from Madhya Pradesh’s  Gwalior in connection with the killing of eight policemen during a raid-encounter in Kanpur’s Bikru village last week.

According to the police, the two accused, identified as Om Prakash Pandey and Anil Pandey were arrested for harbouring two members of Vikas Dubey’s gang members for almost four days before their shifted to another hideout. They have been booked under Section 2016 of the Indian Penal Code (IPC) for harbouring the accused in the case.

The two criminals of Dubey gang were Shashikant Pandey and Shivam Dubey and were ‘wanted’ in July 3 Kanpur massacre case.

According to the police, both Vikas Dubey gang members carried a reward of Rs 50,000 on their head.

At least seven people including Chaubepur station in-charge Vinay Tiwari, have been arrested for criminal conspiracy and harbouring Dubey’s gang members as well as helping them escape after the Kanpur gunfight which left eight cops including DSP Devendra Mishra, dead.

Gangster Vikas Dubey was killed by Uttar Pradesh police on Friday (July 10) morning while Dubey was trying to flee after the car carrying him from Ujjain overturned on the outskirts of Kanpur city.

According to police, Dubey snatched police officials’ pistol and made a bid to escape. He opened fire at the police who then in self defence shot at the gangster, injuring him. He was taken to a hospital where the doctors declared him brought dead.

Dubey sustained four bullets, three in chest and one in the hand.