Dil Bechara trailer: Sushant and Sanjana take us on an emotional journey 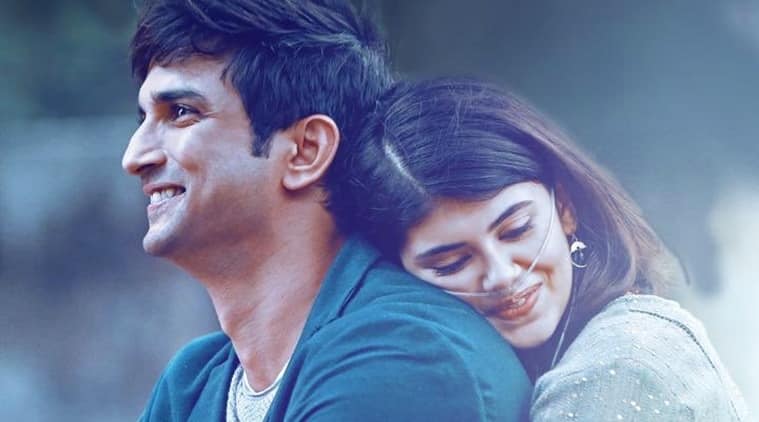 The trailer of Sushant Singh Rajput and Sanjana Sanghi’s much-awaited film Dil Bechara released on Monday. And as the title suggests, the film takes us on the emotional journey of two hopelessly in love youngsters. Dil Bechara, which was previously titled Kizie Aur Manny, marks the directorial debut of casting director Mukesh Chhabra. It will premiere on Disney Plus Hotstar on July 24.

Dil Bechara is the official Hindi adaptation of John Green’s 2012 bestseller The Fault In Our Stars. It traces the life of a young girl (Kizie) suffering from cancer, who subsequently meets a boy (Manny) at a support group and falls in love with him. As per the makers, it is “a story of love, of hope, and of endless memories.”

The Hollywood film with the same name was helmed by Josh Boone and starred Shailene Woodley and Ansel Elgort. It received worldwide recognition for showcasing a sensitive and unique love story. Writer John Green had earlier said he found it amazing that his piece of work was being made into a film in India.

Dil Bechara, which was shot in the summer of 2018, also stars Swastika Mukherjee, Javed Jaffrey, Milind Gunaji and Sahil Vaid, and features Saif Ali Khan in a cameo. While Oscar-winning music director AR Rahman has composed its music, it is being presented by Fox Star Studios.

The fact that Dil Bechara would the last time that audiences will get to watch late actor Sushant Singh Rajput on screen is leaving fans excited, yet heartbroken.

Dil Bechara director Mukesh Chhabra had shared on social media that he never through he’d be releasing Dil Bechara sans Sushant. “Sushant was not just the hero of my debut film as a director but he was a dear friend who stood by me through thick and thin. We had been close right from Kai Po Che to Dil Bechara. He had promised me that he would be in my first film. So many plans were made together, so many dreams were dreamt together but never once did I ever imagine that I would be releasing this film without him,” Chhabra wrote. Dil Bechara is the last film of Sushant Singh Rajput, who died by suicide on June 14.

Sanjana, who makes her Bollywood debut with Dil Bechara, also penned an emotional note recently remembering Sushant. She wrote, “Oye? I need to laugh till my stomach hurts at all your bad jokes. I need to compete with you on who can eat more ham & cheese omelettes and drink more chai. Fight with you over who’s script looks more tattered and worn out because we worked on it endlessly. Try to keep up with your electric pace every time you said, “Chal na, thoda dance karte hain!” in the middle of a tough scene. And argue with you over what we feel about Yuval Noah Harrari & Freud’s books. UGH!!!!”