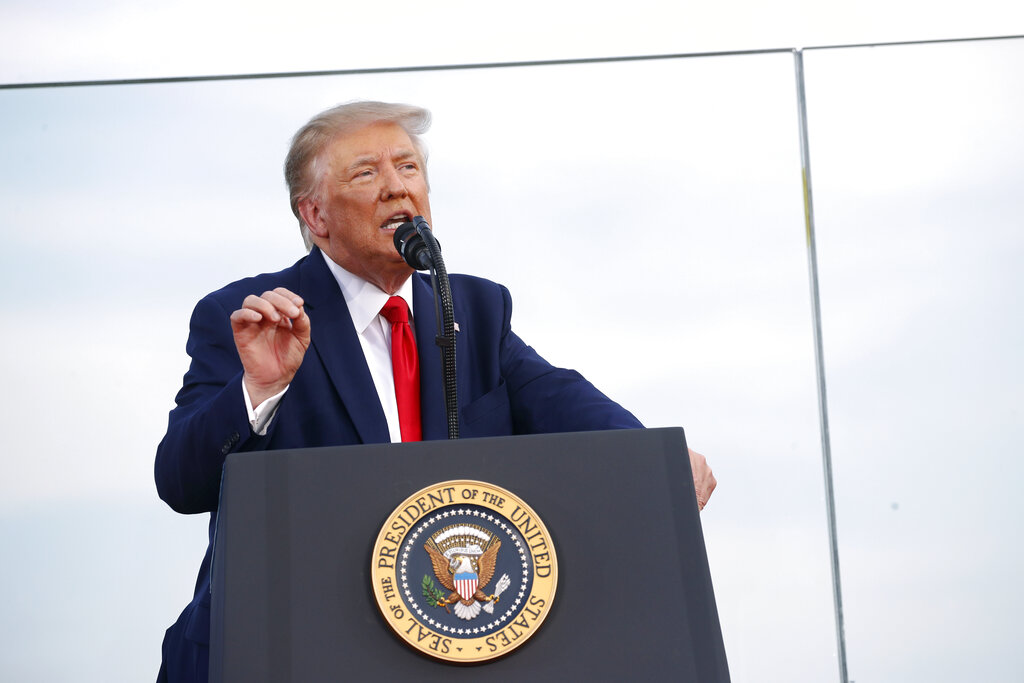 Trump also praised America’s ‘scientific brilliance’, asserting that the US will likely have a therapeutic and/or vaccine solution long before the end of the year.

Washington: China must be held fully accountable for its “secrecy, deception and cover-up” that allowed it to spread the coronavirus all over the world, US President Donald Trump has said, upping the ante on Beijing over its handling of the COVID-19 outbreak.

Addressing the nation for a second time in as many days on the occasion of 244th Independence Day on Saturday, Trump touted the country’s “progress” against the COVID-19 disease despite a nationwide spike in the number of coronavirus cases.

“We have the manufacturing record for ventilators. We have the most and the finest testing anywhere in the world. We are producing gowns, masks, and surgical equipment in our country. It was almost exclusively made in foreign lands, in particular, China, where ironically this virus and others came from,” he said in his address from the lawns of the White House.

“China’s secrecy, deception, and cover-up allowed it to spread all over the world, 189 countries and China must be held fully accountable,” he said, once again accusing Beijing of covering up the outbreak of the pandemic.

On Friday, Trump made a direct appeal to disaffected white voters four months before Election Day, accusing protesters who have pushed for racial justice of engaging in a “merciless campaign to wipe out our history.”

Praising America’s “scientific brilliance”, Trump said on Saturday that the US will likely have a therapeutic and/or vaccine solution long before the end of the year.

Trump has expressed disappointment over China’s handling of the COVID-19 pandemic in the past. In May, he claimed that it was the “incompetence” of Beijing that led to the mass killing across the globe.

China has denied US’ claim of covering up the extent of its coronavirus outbreak and has accused the US of attempting to divert public attention by insinuating that the virus originated from a virology laboratory in Wuhan.

“China was the first country to report the COVID-19 to the World Health Organisation (WHO), (and) that doesn’t mean the virus originated from Wuhan… There has never been any concealment, and we’ll never allow any concealment,” Chinese Foreign Ministry spokesman Zhao Lijian said in April.

The novel coronavirus which first originated in Wuhan in December last year has claimed over 5 lakh lives and infected more than 11 million people globally. The US is the worst affected country with over 1.2 lakh deaths and over 2.8 million infections, according to Johns Hopkins University data.

Previous articleUse your conditioner for these other interesting hacks, besides hair care
Next articleEarthquake of magnitude 4.6 hits Mizoram’s Champhai district