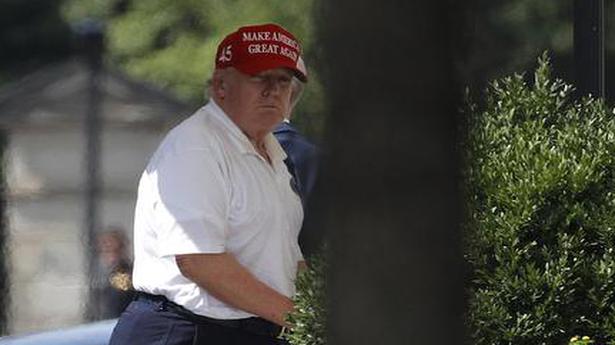 President Donald Trump said on Monday that U.S. schools must open in the fall – a decision over which he has limited power – as governors struggle with a nationwide rise in coronavirus infections and states reverse and pause attempts to reopen.

Schools are largely under the jurisdiction of state and local governments. Educators have struggled with decisions over opening schools considering the risk of infection to both students and faculty.

SCHOOLS MUST OPEN IN THE FALL!!!

It was not immediately clear what schools Mr. Trump was referring to — elementary and high schools or colleges and universities – or what actions Trump was considering.

Colleges and universities have announced a number of plans for the fall semester, including changing the calendars and holding some courses online. Harvard University announced earlier on Monday that all of its courses would be held online for the upcoming academic year.

Mr. Trump also made a series of Twitter posts defending his administration’s response to the pandemic. The United States has the highest number of cases and deaths worldwide from the novel coronavirus.

BREAKING NEWS: The Mortality Rate for the China Virus in the U.S. is just about the LOWEST IN THE WORLD! Also, Deaths in the U.S. are way down, a tenfold decrease since the Pandemic height (and, our Economy is coming back strong!).

“Treatment with hydroxychloroquine cut the death rate significantly in sick patients hospitalized with COVID-19 – and without heart-related side-effects, according to a new study published by Henry Ford Health System. In a large-scale retrospective analysis…