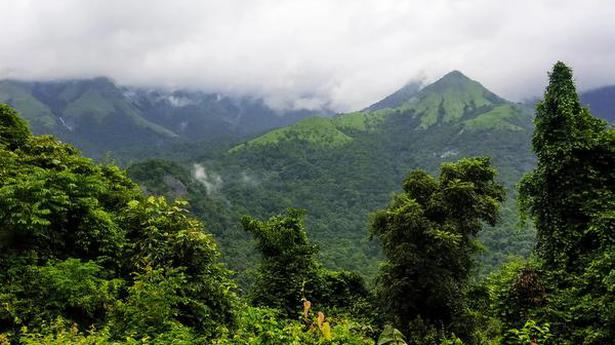 Opposition is building up against the draft Environment Impact Assessment (EIA) Notification, 2020 issued by the Ministry of Environment, Forest and Climate Change. Environmentalists and scientists in Karnataka say it could spell disaster for the ecologically fragile Western Ghats, which is already witnessing degradation.

On Tuesday, the Delhi High Court extended till August 11 the time granted to the public for sharing their opinion on the draft notification. However, activists and environmentalists are demanding the scrapping of the draft EIA 2020 altogether if it is not strengthened.

The United Conservation Movement (UCM) from Karnataka has started an online petition urging citizens to demand a stronger EIA. “The draft EIA 2020 encourages further pollution, with diluted regulations over industrial and development practices. In this age of high pollution levels in our cities, we need to demand to strengthen the EIA 2006 instead of allowing more than 30 conditions that will dilute the notification for over 25 toxic industries,” the organisation said.

Speaking specifically about what this would mean for the Western Ghats, the UCM said that proposed projects in five districts — Belagavi, Uttara Kannada, Kodagu, Chikkamagaluru, and Shivamogga — could mean the massacre of 21 lakh trees and their ecosystems. “Kodagu will be ripped apart with seven highway-widening and two railway line projects, apart from real estate development. Lakhs of trees that will be felled for these projects will mean the ecology that sustains river Cauvery, coffee and pepper production in the region will be lost forever,” the UCM said, adding that the district has also seen unprecedented landslips and floods in the past two years. The NH-4A widening work from Belagavi to Panjim, Goa, also cost over a lakh trees in the thick evergreen forests of Western Ghats. “By allowing road widening of less than 100 km in length and up to 70 m in width, we are triggering landslips in these fragile ghats and hill districts,” the UCM said.

T.V. Ramachandra from the Centre for Ecological Sciences, Indian Institute of Science, who is also part of the government-appointed committee to study landslips, said no lessons seem to have been learnt from the COVID-19 pandemic and the dangers of zoonotic diseases. “We are heading towards a catastrophe by diluting the EIA. The entire Western Ghats constitutes only 5% of India’s geographical area. Of that, only 2% is deemed ecologically sensitive. One virus has closed down the entire world; now they should learn from it. If you further hamper the ecosystem, we will see more health hazards,” he said, adding that Karnataka’s changes to the Land Reforms Act too is in the same direction.

Native vegetation is important for water security. But empowering projects with post approval and diluting public hearing is going to have a negative impact, he said. “Linear projects are coming up in Kodagu and many parts of the Western Ghats, which are ecologically fragile regions. We are already seeing frequent landslips, changes in climate and rainfall pattern — higher quantity of water in shorter time and simultaneous flood and drought in Kodagu,” he said.

Recently, more than 60 student unions and 400 individual students, led by 20-year old environmentalist Anjali Dalmia, too pledged their support to the “#WithdrawEIA2020 campaign”. They have collectively been reaching out to the Union Minister for Environment, Forest and Climate Change as well as the Prime Minister.

Previous articleNovak Djokovic and his wife test negative for coronavirus
Next articleNew UK law could challenge China over Hong Kong, but will it go far enough?